Lebanese spy Amin-al-Hajj spied for Israeli Mossad for decades,driven by his burning hatred of  Palestinians became Israel’s top spy in the Middle East and established a network of  spies all over the region. He provided valuable services to the state of Israel, and is responsible for the death of thousands of Arabs.Now living in Israel,dropped and feeling neglected by Israeli Mossad, he demands recognition,respect,money and legal status in Israel. 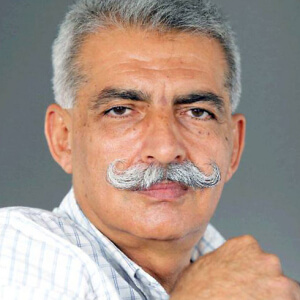 Israeli newspaper, Yedioth Ahronoth published yesterday an in depth interview with Amin al-Hajj a Lebanese spy who for decades spied for Israel against the Palestinians and other Arabs states in Lebanon and in the Middle East, driven not by money or greed but by his burning hatred of Palestinians.

Al-Hajj was born into a very prominent Lebanese Shia family in Beirut but grew up filled with hatred against the PLO and the Palestinians that eventually drove him to become an Israeli spy helping Israel kill and capture scores of Palestinian fighters and prominent leaders literarily by the boatload.

According to the interview which was written by Ronen Bergman, al-Hajj, who was assigned the code name Rummenigge, after the famed German player, started his spying career when he worked during the seventies for Lebanese president Camille Chamoun as head of his bodyguard unit and as Chamoun’s liaison and point man with the Israelis. It was during those many meetings he had with the Israelis on behalf of the Lebanese president that he was recruited by the Israeli Mossad to work for them and ended up giving them valuable intelligence on the Palestinian leadership and its movement in and out of Lebanon. The Chamoun family like other prominent Maronite Lebanese families, like the Jumayyel family, maintained decades long secret ties with the Israeli intelligence and military establishments.

Al-Hajj spying network which included over 17 men working under him was one of the Mossad’s top strategic intelligence assets in the entire Middle East that worked against the Arab states and the PLO.

Although al-Hajj loved to show off his wealth and extravagant life style always surrounding himself with women he and for a long time, went undetected. Meanwhile, he developed a major transport and shipping businesses as a result of his working for the Israeli Mossad-and used it for his spying operations. His spying activities enabled Israel to assassinate and kill scores of Palestinian fighters and leaders one after another and gave Israel very valuable intelligence on other Arab countries.

“For years on end, Rummenigge was a huge intelligence asset for Israel, and his actions saved the lives of a great many Israelis and contributed significantly to the country’s security.”

Al-Hajj’s spying operations against the PLO and Fatah practically destroyed these organizations from within and rendered them like Swiss cheese because of how deep he penetrated their leadership to the point that he recruited two very senior Fatah officials who spied for him and in turn for Israel for money, according to the interview.

But after the PLO and the Syrians finally caught up with him, he fled to Israel where he enjoyed living the same extravagant life style in northern Israeli cities celebrated and respected by Israeli intelligence and defense leaders for his services to Israel. But for Amin, his work did not stop there yet. He continued his spying activities by recruiting others to work for the Mossad until he practically became of no use for the Mossad which at that point simply dropped him.  His treason, meanwhile did not go without paying a heavy price paid, not by him but by his own family. Two of his brothers were killed in Lebanon most likely because of him, while his family, ashamed of him, disowned him and renounced all ties with him. He eventually was convicted for treason and sentenced to death in Lebanon.

While Amin chose to join the enemy and becoming a valuable spy for a country that destroyed his country several times over, and killed many of his Shia co-religionists, many of his relatives however became high ranking officials in Hezbollah the Shia organization embarked on fighting Amin’s new adopted country, Israel.

After he was dropped by the Mossad, Al-Hajj still lives in northern Israel broke, sick and angry at the Israeli intelligence for leaving him without money, without respect,without health insurance and without even a permanent legal status to live in Israel.

He is “stuck in Israel” and living “under a temporary residence permit that has expired, without medical insurance, without a livelihood, barely able to support himself, bitter and angry at the whole world”.

Al-Hajj, however,does not see himself as a traitor or a spy for helping Israel against the Palestinians, his own and other Arab countries. He justified his spying and treason of his country saying that “‘I’m a Lebanese patriot; I’m helping [Israel] get rid of those fucking dogs, the Palestinians.”

Ali Younes is the Editor of the Arab Daily News. He can be reached at aliyounes@thearabdailynews.com, and on twitter @clearali

Comment (1) on “Amin al-Hajj, Lebanese who spied for Israel for decades speaks out, demands recognition”