Mr. Wagner succeeds Nassem Ziyad, a member of the founding family, who will continue to actively serve the Company as Executive Chairman focused on corporate partnerships and brand development, and as a member of the Company’s board.

Mr. Wagner joins Ziyad with more than 20 years of professional experience in the food distribution industry, most recently serving as CEO of Roland Foods. Prior to that he served in numerous positions with Chef’s Warehouse, most recently as the Chief Operating Officer.

Mr. Ziyad said, “This is an exciting time for Ziyad, and I believe that Jim is the right person to lead this great company into the future.  I look forward to working with Jim to leverage Ziyad’s strong reputation for providing the highest levels of food quality and service, combined with our compelling new product innovations.  We have tremendous team in place and will continue to pursue transformational growth initiatives for the benefit of all stakeholders.” 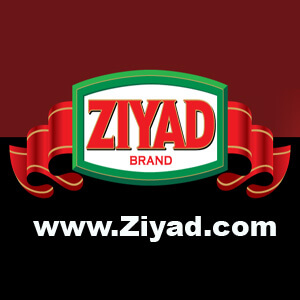 Mr. Wagner added, “I am humbled by the opportunity to join this well-respected company that is fully committed to the success of its customers, suppliers, and retail partners. I look forward to working with Nassem, the Board and our dedicated employees to build on the strong foundation formed by the Ziyad family.  Collectively, we will accelerate the company’s growth trajectory and capitalize on the many attractive opportunities before us.”

Michael Graham, a board member of Ziyad, said, “We are delighted to welcome Jim to the Ziyad team. Jim is a highly talented executive who has an impressive history of leadership roles within both public and private companies.  His demonstrated track record of driving significant value creation across supply chain, sales and operations is a great fit for the Company, and we look forward to leveraging his expertise across numerous growth initiatives.”

Mr. Graham continued, “On behalf of the board, we would like to thank Nassem for his past, present, and future leadership.  Nassem’s contributions and leadership have been instrumental in building unparalleled reputation and relationships with our suppliers, customers, employees, and community. We are excited for the growth of our corporate & brand partnerships under Nassem and his continued board membership.”

Ziyad is a leading omni-channel provider of branded Middle Eastern and Mediterranean food and beverage products. Founded as a small bakery in 1966 in Chicago, Ziyad now owns numerous brands and partners with dozens of world-class companies on an exclusive basis to deliver their brands to the North American market. For more information on Ziyad, visit us online at http://www.Ziyad.com.