Vanunu Mordechai is ready to leave israel for ever and ever,after 18 years prison+11years in east jerusalem.FreedomNow. Time come to start new Life,in Freedom.

When I heard Jon Stewart say “Evil is relatively rare. Ignorance is epidemic and the cure for that is journalism and expression” my dream to one day talk with Jon about USA policies that collude in Israel’s nuclear deceptions began to feel less surreal and actually possible.

I know that feeling of responsibility a reporter should feel if they have caused trouble for an individual by their reporting because for the last decade I have been driven to tell Mordechai Vanunu’s saga —and will until Israel allows him his human-rights because knowledge brings responsibility for anyone of good conscience. 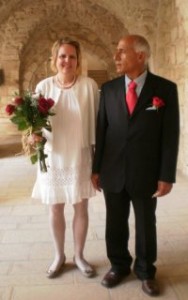 As Vanunu and his bride wait for Norway to grant Vanunu an emergency passport and asylum my dream of talking with Jon has segued into imagining if the timing of Stewart’s ending of his masterful tenure on The Daily Show this Aug. 6th -the 70th year since America nuked Hiroshima- might be an omen portending the final ending of USA collusion in Israel’s Nuclear deceptions.

I believe this because Jon Stewart and The Daily Show Correspondents have lit fires in Congress in support of Veterans and 911 First Responders.

Jon Stewart and The Daily Show Correspondents have also introduced a myriad of important topics to American potheads and entertainment seekers by doing what The Media should be about: Seek and Report! 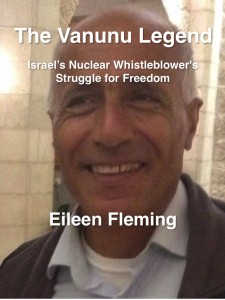 A good reporter is always ahead of the story and it was Serendipity who crossed my path with Israel’s Nuclear Whistle Blower on 21 June 2005 and established my vow to tell the Vanunu saga UNTIL Israel allowed Mordecahi his right to leave Israel and pursue his life, liberty and happiness.

Jon Stewart’s life as a comedian has also been a shot in the arm for American journalism but because ignorance is epidemic The Mainstream Media continues to fail to report on the Obama Administration’s declassification of documents which corroborate what Mordechai Vanunu has been saying for twenty-nine years regarding Israel’s nuclear deceptions; which was common knowledge in the Eisenhower Administration fueled by debates over Israel’s lack of candor and efforts to pressure the Israelis to answer key questions about the Dimona.

The first piece I wrote as Senior Non-Arab Correspondent for USA’s The Arab Daily News was Mordechai Vanunu, the Snowden of Israel in which I explained WHY I became a reporter.

Kennedy insisted on an open internal inspection. He wrote letters demanding that Ben Guirion open up the Dimona for inspection. The French were responsible for the actual building of the Dimona. The Germans gave the money; they were feeling guilty for the Holocaust, and tried to pay their way out.

My last visit with Mordechai Vanunu was in November 2013.

I delivered some messages from a few of his USA supporters and a copy of the screen adaptation for Beyond Nuclear: Mordechai Vanunuʼs Freedom of Speech Trial and My Life as a Muckraker