How you trim your mustache can have meaning in terms of your politics in some areas of the Arab and Islamic World, but especially in Turkish politics. Your mustache could be as much about your political views as it is about fashion. Maybe the correct phrase is “political fashion.”

Ankara, Turkey — The mustache is not just about fashion and style in the Mediterranean, where a large bushy mustache could label a politician or a militant as a leftist-revolutionary or a radical Salafist. It could be a clean shave and a sharply-trimmed one that can mark him a conservative.

From this point of view, one could make distinction between a Salafist and an Ekhouanist (Brother). The latter is more stylish and sharp, beard and mustache well trimmed, like Dr. Rached el-Ghanouchi, whereas the former bears a more or less an abandoned look like Oussama.

In Turkey, for instance, these political staches got started during the second period of the Tandhimat (regulations), the Ottoman Empire’s modernization movement in the 19th century, and introduced the qualities the image conveys, virility, authority, power, machismo and sociocultural significance.

Turkey, of course, is not the only place where facial hair has taken on a political meaning. In many Muslim countries, a full beard is seen as a symbol of piety. This was noted even in western countries by leaders in the U.S. and France.

For radical Islamist groups, such as el-Qae’eda and ISO militants and the Salafists in Algeria, Egypt and Yemen, it is a must to grow their beards and trim their mustaches in keeping with strict Sharia spirit. Basing their facial style on the Prophet Mohammed’s Hadith: “…Trim the mustache and let the beard grow.” In Iran, however, men generally prefer the clean-shaven style, but include a neatly-trimmed look à la Dr. Ali Akbar Velayati (the famous Foreign Affairs Minister of the 80’s and 90’s).

This sentiment of ideological fashion was always more popular among the young militants than throughout the majority of the male population in the society.  What’s attracted my curiosity, the Islamists in Turkey, whether AKP sympathizers, Saadat party or Gülenists, or public administration servants, college or university students, most are generally clean-shaven, and sharply dressed.

On the other hand, the “lefty” students at Ankara University and in other places like Tüzlücayir and Gazi Mahallesi, men have unclipped beards and wear olive-green parkas in winter and black T-shirts printed with either Che’s face or Marxist statements as a symbol of resisting conformism.

Thus the question of the mustaches in Turkey has crossed the country’s political leader ideology and spectrum. The nationalists’ style derives from the assumption that the rulers of old Turkic countries had those types of mustaches; it was said to be shaped like the crescent in the Turkish flag. The leftist mustaches are ideological too. They tried to make their mustache look like those of the socialist world leaders and revolutionaries.

Yet the Islamists’ facial hair is less thick. evidently a demarcation sign from the leftist politicians and intellectuals alike. On the other hand, they are keeping the country’s “Turkish man” cliché alive, since they don’t want to be seen as radical like the Salafists.

Though, in fact, the mustache marks a much more symbolic line of cultural division than a direct politicking partisan statement.

In Turkish history, Ottoman men, as Sunni Muslims, usually had shaved heads.  The head was covered by a white turban under a red teqia or chachia. The practice of the Prophet Mohammed also recommended a certain length of beard. Later, secularization and Westernization in the Republican era discouraged the beard and the veil, it was even banned for state officials because of religious appearances.

In fact, the symbolism of a particular mustache style is powerful in Turkey, to an extent the uninitiated foreign observer would never guess. The left-wing Kurds usually prefer straight mustaches like the HDP Congressman Sirri Sureyya ÕNDER, similar to the late Soviet leader Joseph Stalin, covering the upper lip. A Sunni Muslim conservative religious mustache is clipped, does not cover the upper lip and does not droop down the sides (just like President Erdoğan’s).

On the other hand, a clean-shaved face used to symbolize a connection to the military or no particular political affiliation. 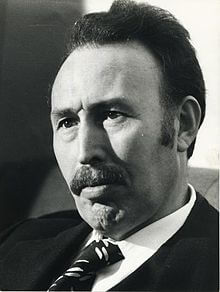 So, the mustache has a lot going for it in MENA politics and politicians.

Particularly in the Middle East, the mustache also stands for power, honor and pride.  An interesting scene is said to have taken place between President Boumédiène and King Hassen II over disputed territory in western Sahara. This reference should be taken as conditional because one is not really sure of its fact, but certainly an urban legend story in Algeria.

When the King of Morocco made a statement that “I will enter the Algerian Sahara and have a tea there,” President Boumédiène replied, “… you will add my mustache to your tea as mint flavor.”  Can one imagine a tea in the desert with mustache flavor!

No wonder that for men from the region mustaches are seen to convey wisdom and maturity. Today, despite lingering misconceptions of different world-views among those who identify with opposing political parties in Turkey, the reality is much different. With the rise of the so-called Islamist bourgeoisie and a powerful middle class of conservative businessmen, having a particular style of mustache is no longer a reliable symbol of a particular social class as a whole.

With the new trends toward western style and comportment, men even in academic milieus are allowed to grow mustaches, sideburns and beards, which before had to be shaved every day. While they will still have to wear a tie, men are now allowed to grow their hair, previously forbidden to cover the ears.

The stereotype of former Turkish President Mustafa Kemal Atatürk as the national masculine ideal of the Republic also included short hair and a shaved face. Yet today the mustache is a means for a politician to cultivate his image whether for his political sense or simply personal charisma, sending the message whether to rule with wisdom and virility or to scare his enemies to have it in their tea.