From One Palestinian: Dear Bretha Von Suttner, Wake UP!

I made it to The Peace Palace in The Hague, The Netherlands. Though the building itself is impressive, the mission behind it is vital, I found myself in turmoil once I learned about its major founder: Bertha Von Suttner, mother of the peace movement and the first woman awarded the Nobel Peace Prize in 1905.

The Czech-Austrian pacifist and novelist spent her life advocating for the construction of The Peace Palace and the establishment of the International Court of Justice for the settlement of conflicts threatening peace. The palace opened in 1913 with most world leaders attending on the premise that justice leads to peace, and peace leads to justice.

Bertha died of cancer in June 1914, just few weeks before World War I broke out. She witnessed the build up to World War I and continued to advise against international armament to her last breath. I just can’t get past thinking how she must have felt seeing all her dreams, efforts, and life’s work literally go up in flames, worldwide.

If Bretha, the author of Lay Down Your Arms, somehow comes back to life and travels to the future – our present – what would she say?

How would she feel?

Could she hurt more?

Would she hope less?

Would she forsake her dreams?

Would she call our tremulous state World War III?

Would she cry for our children?

Would she write another pacifist novel?

And more importantly, would we read it?

(Lilas Taha is the author of “Bitter Almonds” a novel discussing Palestinians living in perpetual exile, and can be reached through her website at  lilastaha.com) 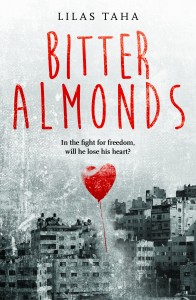 Cement and supplies trickle in to rebuild Gaza Arab World