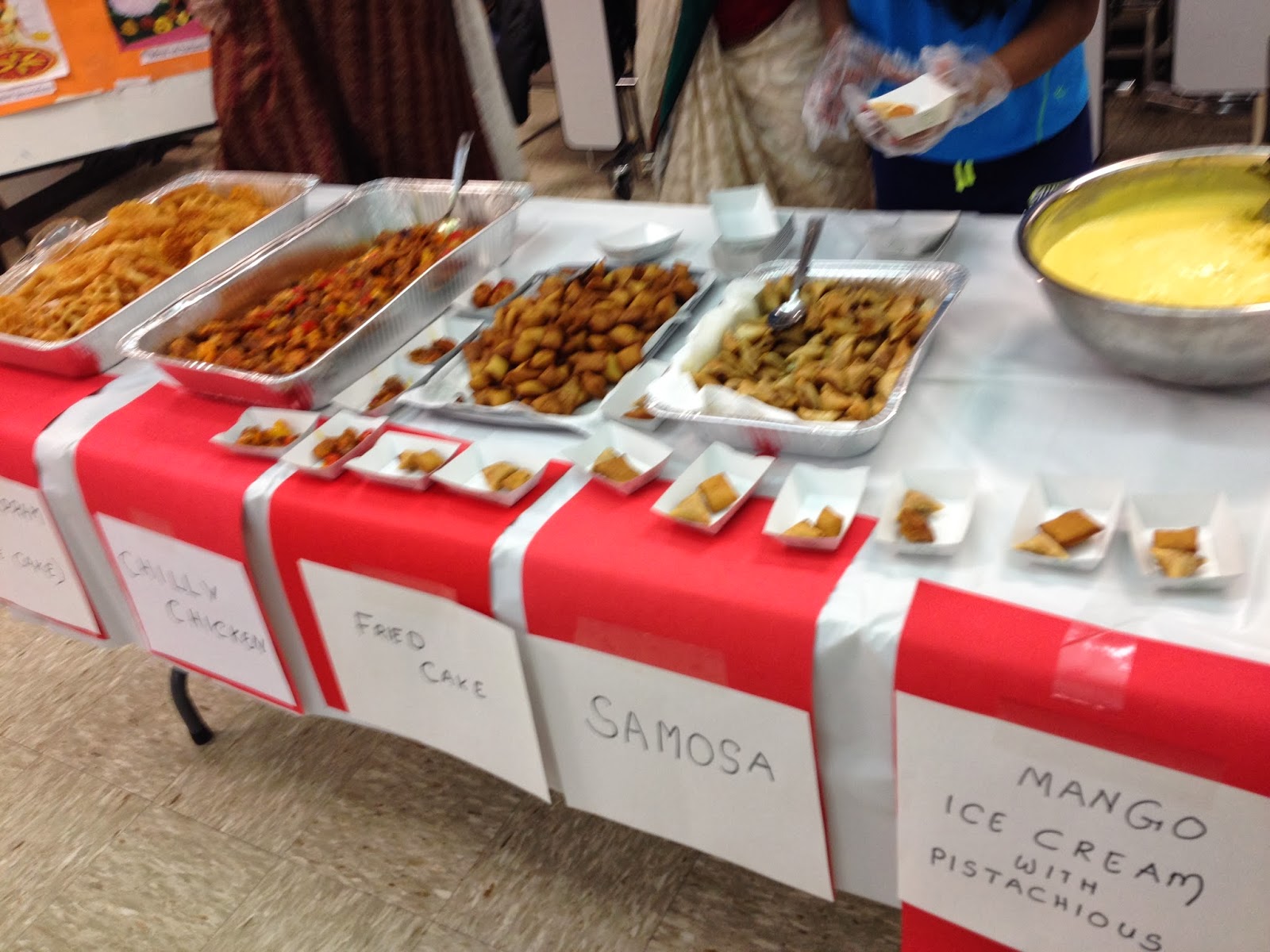 A woman came up to me who has been reading my columns since the 1980s said she has been living in Orland Park more than 35 years, and that during that time “It really has changed.”

I was at the Jerling Junior High school “Taste of Jerling” event which featured food samplings from 17 ethnic groups, including “United States,” which I thought was cute.

“When we first moved here, it was all White. All Irish, some Poles and Italians and maybe a few Koreans,” she said. “Now there are so many Arabs, Mexicans and Asians. Indians. It’s really changed.”

We talked. She wasn’t being racist or bigoted. She was just remarking about the reality of Orland Park that the community had changed, and become more diversified. And in truth, she was right. Orland Park has changed over the years. I noted that I moved in 30 years ago, too, and jokingly said, “It seems like there are more and more White people living here, don’t you think?”

I was being facetious, of course. In a nice way. I mentioned that when I moved in, people stayed int heir homes and you didn’t hear or see them. Now, as the population has become more and more diverse, you see more and more White people rising up and speaking out about it. 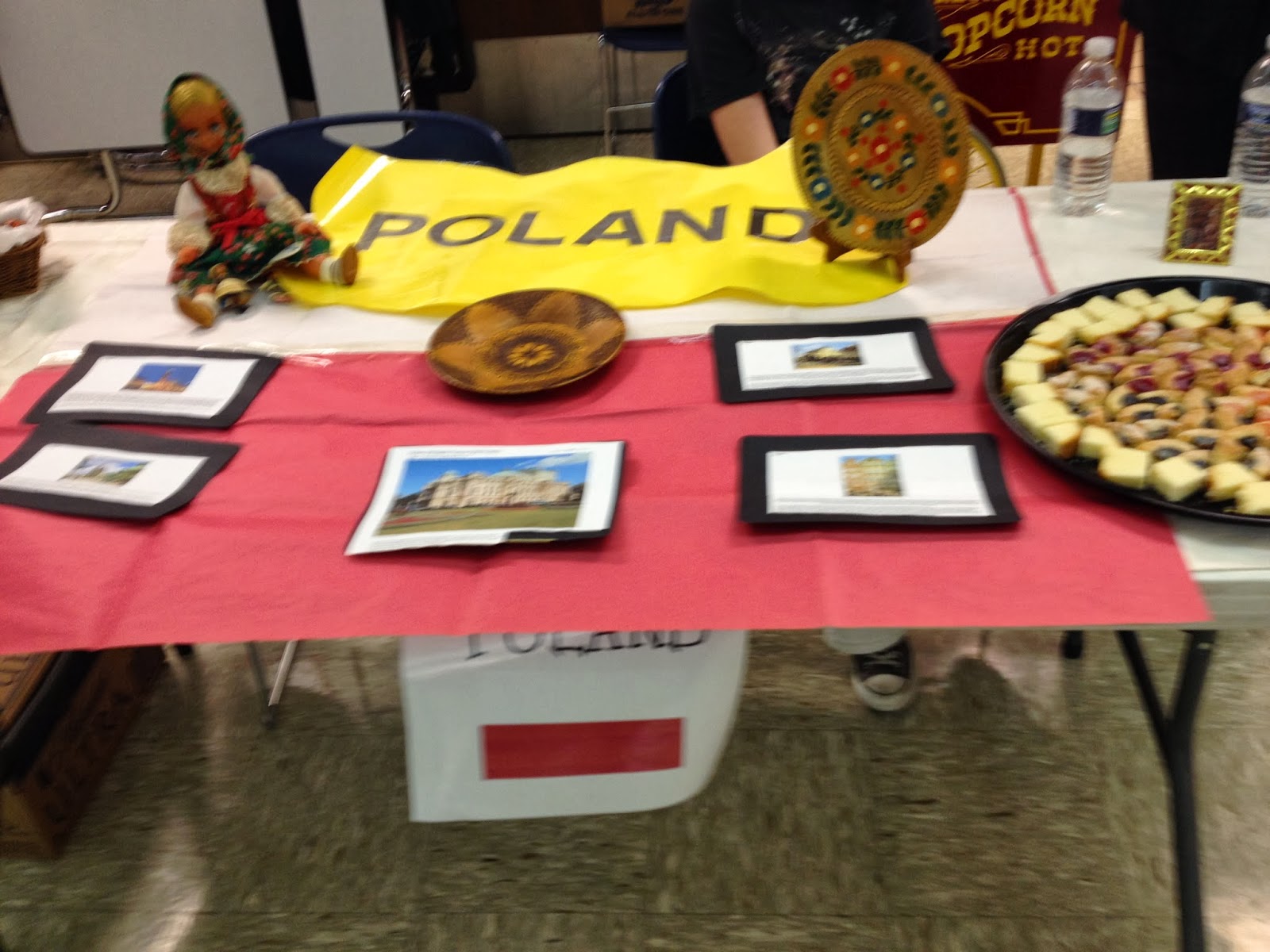 Maybe for some, this would be an uncomfortable conversation. But it was genuine. The woman I spoke with honestly was not being racist, and neither was I. She was just noting a fact. And she was so excited to see all the different cultures and taste their foods which were on display in the Jerling Gymnasium Friday night.

The event was held to celebrate the “rich cultural and ethnic diversity” of Jerling and the community. There were 17 ethnic groups represented at the Taste of Jerling. China, Croatia, France, Greece, India, Iran, Ireland, Italy, Jordan, Mexico, Morocco, Nigeria, Palestine, Phillpines, Poland, Serbia and the United States.

I told my wife, who is Jewish, that I was proud to see three Arab cultures represented, Jordan, Palestine and Morocco. 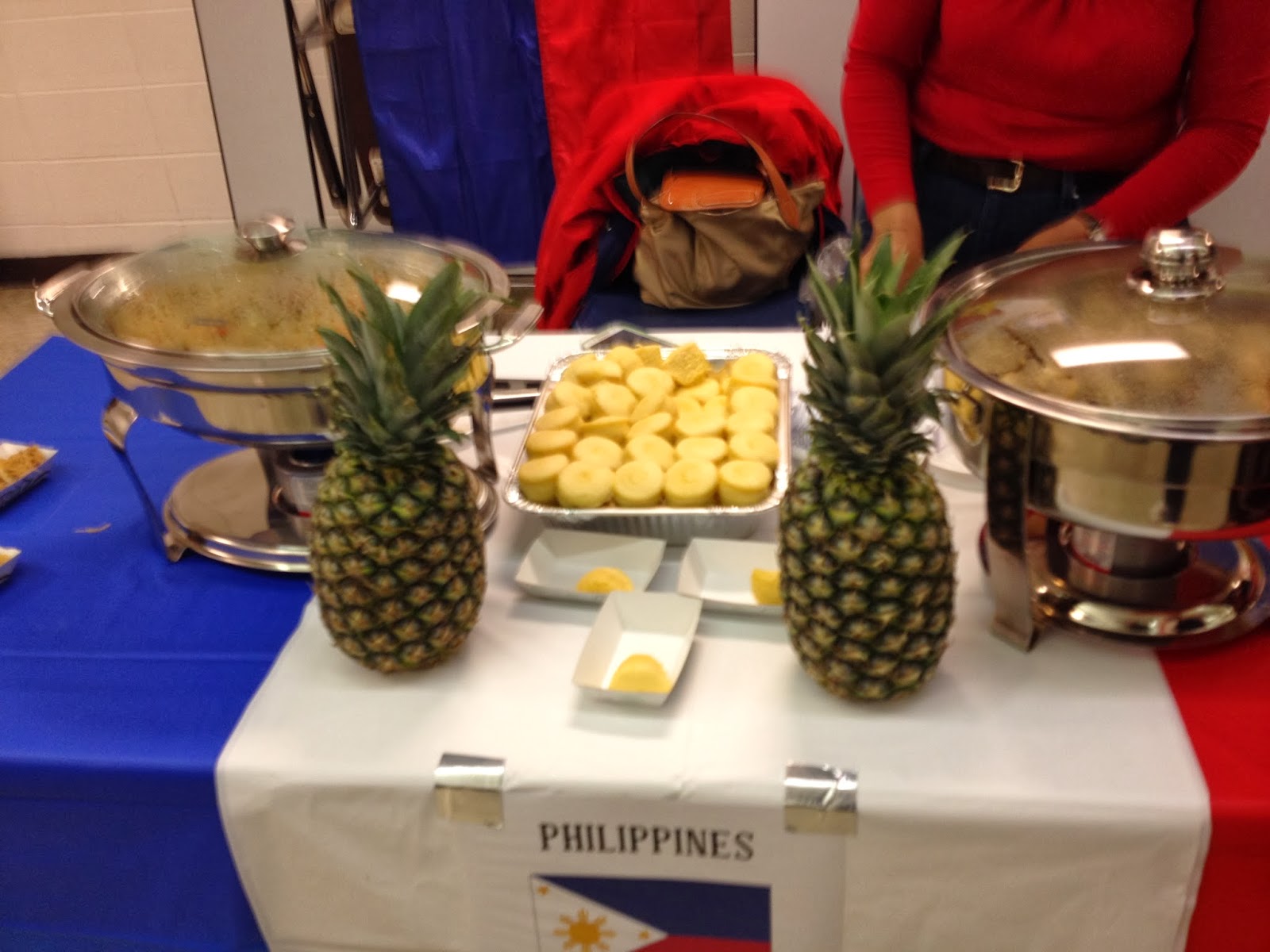 It was really nice to see all the parents and the kids attend to show support. Each of the food displays included some ethnic artifacts that represented their culture. Some of the kids did extra-credit work and completed a survey of each display and wrote down something important about what they learned from the ethnic cultural displays. One student wrote down, “In their culture, they give away wives.” And he wasn’t talking about my ethnic group. Apparently, the host of one of the ethnic groups had said that in their country, women are not allowed to chose their husbands and the wives and chosen for the husbands.

It’s not a racist thing to say, I thought. It is a fact. A fact in several of the cultures. The reality of our world. Why shouldn’t kids know that?

Of course, as a Baby Boomer, it’s hard to identify with today’s young kids Their world is so much different from my world. But I can identify with the adults. 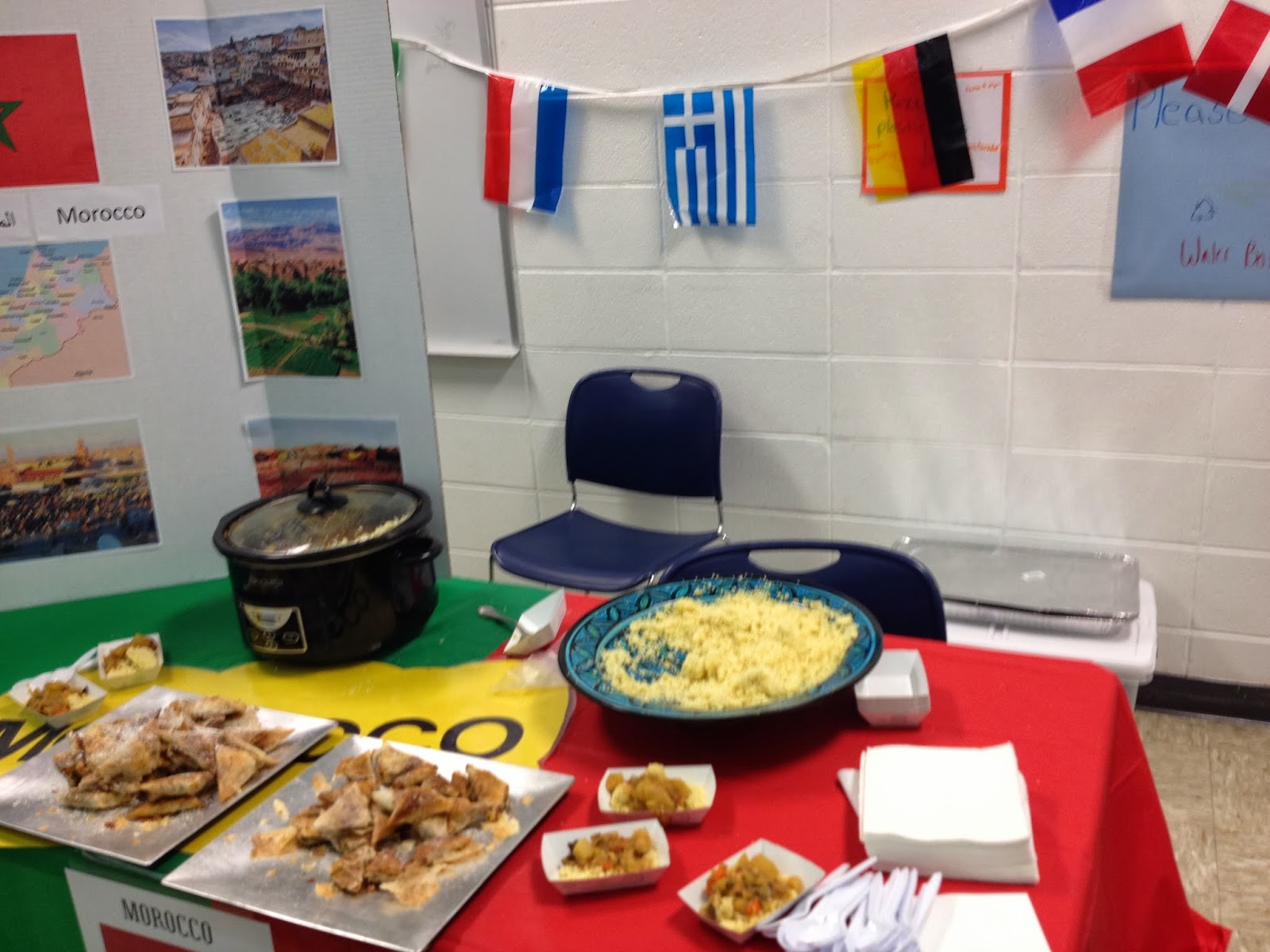 I wanted to explain to the woman who observed that it appeared that Orland Park has changed with so many new ethnic and cultural groups moving in, that the reality is that the numbers don’t support that conclusion.

I understand why, though. Arabs, for example, are among the ethnic group that has moved into Orland Park over the past 30 years. Most are Christian Arabs, something many Americans don’t even realize exists (especially based on how Americans ignore the plight of Christians in Israel and the Arab World). But many are Muslim and some of the Muslim women where Hijabs, head coverings that are very similar to the head coverings Polish women would wear in my old neighborhood on Chicago’s South East Side. So they stand out, even though there are only a few of them. They appear like there is an invasion, even though there are really not that many. 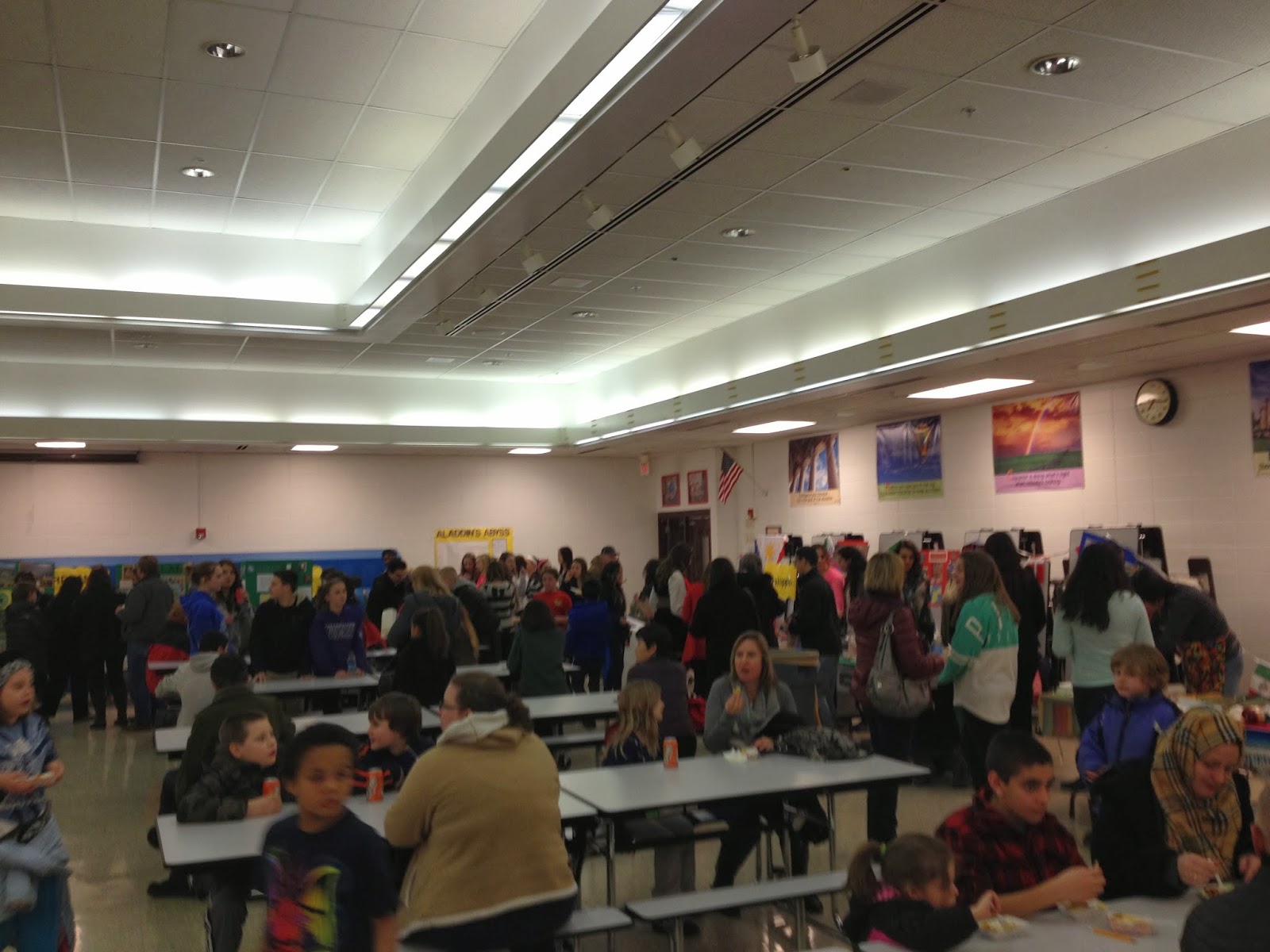 Darker skinned cultures, too, have increased. And again, even though there are really not many, they stand out. Years ago when the community was nearly all White, culture was not noticeable. That’s what I had meant by how there seems to be more White people today than before. It’s not until you get diversity that you actually start to see everyone. Some, more than others, even if the numbers don’t match the perceptions.

Here are some numbers about Orland Park’s diversity.

86.1 % of that population is White. That’s a big population number, folks.

1.7 % are African American. While that is negligible, it is noticeable.

That leaves 1.1 percent of “Other,” which according to the U.S. Census which does not include “Arabs.”

Has Orland Park really changed that much over the past 35 years?

Not really. And not enough.

(Ray Hanania is an award winning former Chicago City Hall reporter. Reach him on his website at www.TheMediaOasis.com.)

Kayrouz vows to continue fighting for those in need American Arabs