Britain First is a far-right ultranationalist group that purports to document Muslim activity across Britain and Europe.

Britain First formed in 2011 as an offshoot of the far-right, fascist party – British National Party founded by Paul Golding, a convicted felon and member of the neo-Nazi National Front.

Donald J. Trump and Fransen both claim to be Christians. The spread of hate is anti-Christ behavior.

Jayda Fransen carries a white cross and quotes the New Testament on her Twitter channel:

Deputy Leader of @BritainFirstHQ Faithful to God and Britannia. “If the world hates you, remember that it hated me first” John 15:18

This American did NOT view the videos which Trump Retweeted: 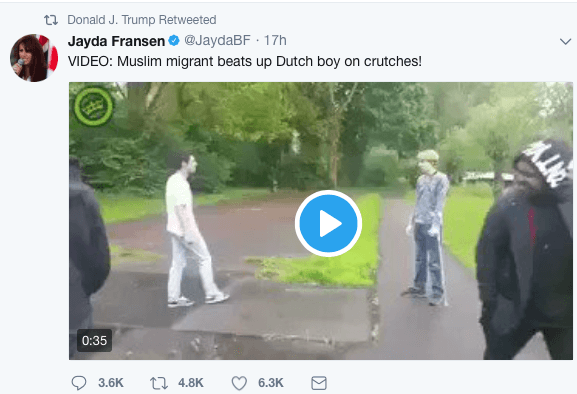 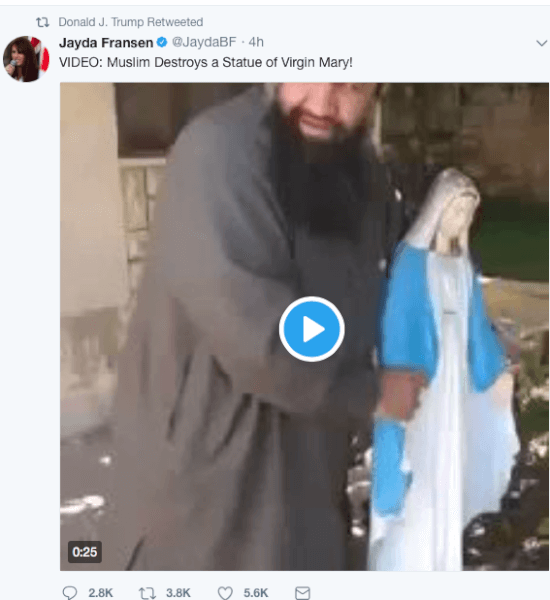 USA Federal Bureau of Investigation 2016 statistics for crimes of hate and bigotry in America:

684 anti-Semitic hate crimes topped the rest of the religiously motivated crimes of bias and bigotry combined.

READ MORE ABOUT ANTISEMITISM IN THE USA HERE 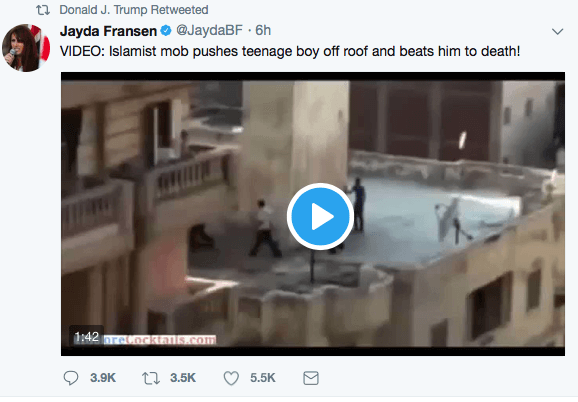 We the people who believe ALL PEOPLE ARE CREATED EQUAL, those who agree that God is LOVE, and everyone who claims to be Christian must rediscover and act according to The Sermon on The Mount because: 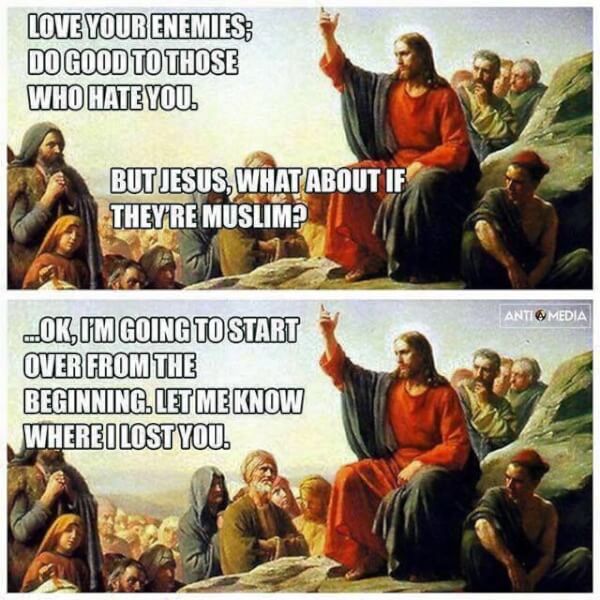 When Jesus was about 33, he hiked up a hill and sat down under an olive tree and began to teach the people;

In other words: how comforted you will be when you WAKE UP and see God is already within you, within every man, every woman and every child. The Supreme Being is everywhere, the Alpha and Omega, beginning and end. Beyond The Universe and yet so small: within the heart of every atom.

Godspeed and God Bless US every one!