On Sunday in Jerusalem at the start of the weekly cabinet meeting, Prime Minister Benjamin Netanyahu said he would push forward the “Basic Law: Israel as the Nation-State of the Jewish People” the most extreme of a series of similar legislative proposals that have been raised this year.

Netanyahu said, “The justice system, which recognizes the democratic nature of Israel, will also have to recognize its nature as the national state of the Jewish people.

“We will advance the nation state law today, and while it will go through many changes, at the end of the day we will be able to make clear that Israel is the nation state of the Jewish people, along with a guarantee of equal rights for all of its citizens.” 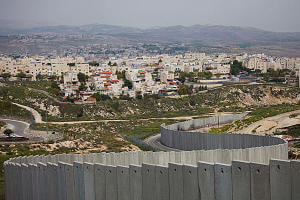 After Justice Minister Tzipi LIvni scuttled the vote on the bill to enshrine Israel as Jewish nation-state; Netanyahu responded that he would transfer debate on the bill from the ministerial committee to the Knesset plenum, so that he could take more control of the matter.

In the May 28, 1993 edition of Yedioth Ahronoth, Ariel Sharon explained: The terms ‘democracy’ or ‘democratic’ are totally absent from the Declaration of Independence. This is not an accident. The intention of Zionism was not to bring democracy, needless to say. It was solely motivated by the creation in Eretz-Isrel of a Jewish state belonging to all the Jewish people and to the Jewish people alone. This is why any Jew of the Diaspora has the right to immigrate to Israel and to become a citizen of Israel.

Last week, Netanyahu also called on Arab Israelis protesting against Israel to move to Palestinian-ruled areas stating, “To all those who demonstrate against Israel and in favor of a Palestinian state, I say something simple: I invite you to move there; we won’t give you any trouble.”

The European Union has distributed a confidential document to its 28 member states that contains the draft of a proposal for sanctions to be imposed on Israel if it takes action in the West Bank that could make the two-state solution impossible.

Israeli diplomats in a number of European capitals reported the existence of the document but they were unable to obtain the full document.

Three European diplomats and two senior Israeli officials, spoke on condition of anonymity stating the document deals mainly with “sticks and carrots” for Israel with regard to maintaining the two-state solution.

A European diplomat stated, “The peace process is in deep freeze, but the situation on the ground is not. There is big frustration in Europe and zero tolerance for settlement activity. This paper is part of the internal brainstorming being done in Brussels these days, about what can be done to keep the two-state solution alive.”

The existence of Israeli settlements in the West Bank including East Jerusalem and the Golan Heights is in violation of international law.

Photo by AP of a settler looking at the Ma’aleh Adumin Settlement from the E1 area.

The EU document assures that the EU will respond with sanctions and restrict its ties with Israel in response to actions that could make the two-state solution impossible.

A red line for the EU is the advancement of Israel’s settlements which are over the Green Line in Jerusalem because ongoing construction risks the territorial contiguity of the Palestinian state and could make it impossible for Jerusalem to be the capital of both states.

Sanctions mentioned in the EU document include marking products manufactured in the settlements and restrictions on the free-trade agreement with Israel.

Any attempt to levy such conditions is erroneous and does not contribute to stability, normalization or the strengthening of ties between Israel and the Palestinians.

Lieberman also blew off European criticism of Israel’s construction in East Jerusalem and persisted to spin the illegal settlements as “neighborhoods” stating:

Nobody would accept that construction in neighborhoods like Ramot, Gilo or East Talpiyot is ‘settlement building.’ This does injustice to reality, and we will not accept this.

We will not accept any restrictions on building in Jewish communities in Jerusalem – there will be no compromise on the matter. Those who think the government of Israel will surrender and restrict its construction in Jerusalem are wrong. We will guard our independence and our sovereignty.

According to current EU policy, any upgrading or development of ties to Israel is conditioned on actions to advance the peace process and the two-state solution.

The principle in the new document is that the EU will respond with sanctions and restrict its ties with Israel in response to actions that could make the two-state solution impossible.

Money is the currency with the loudest voice and actions by individuals can lead Leaders.

Learn how you can make an impact HERE 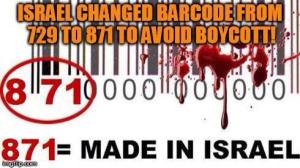