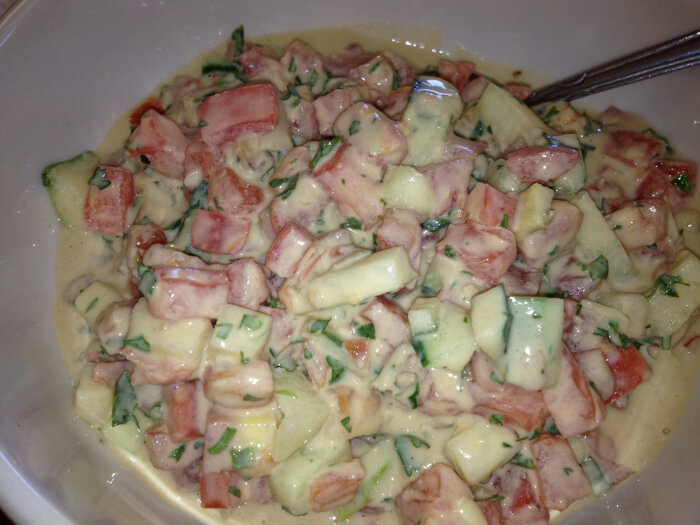 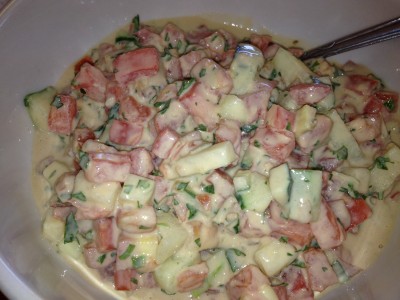 One of my favorite side dishes that is easy to make and great tasting is Tahini Diced salad.

Tahini is a sesame seed paste that is popular in Mediterranean and Middle East recipes. It’s used as a tasty sauce.

Click here for a simple recipe from Ziyad Brothers to add this to your holiday menu.

Tahini is also used as a snack dish for young people. People pour the tahini in a small bowl and then add think syrup into the sauce. It’s then eaten with hand torn slices of Syrian flat bread or Pita bread, like a scoop or a bread “spoon.”

You’ll really enjoy the Tahini Diced Salad. It’s a popular and very healthy side dish for your holiday meals. Sahtein! 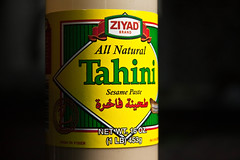