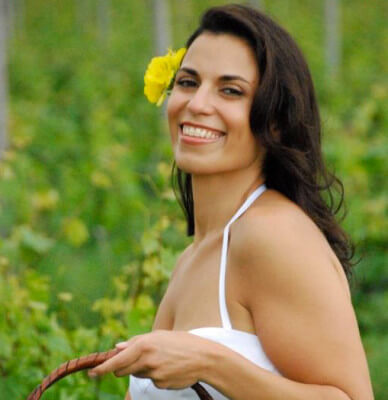 Julie Taboulie is a Lebanese American chef and television talk show host who made her name by fine tuning the art of Middle Eastern cooking.

Her online bio explains, “As a young Lebanese girl growing up in the suburbs of Liverpool, Julie Ann knew early on that she was a little different, as she was enjoying dishes like hummus, babaganoush, tabouli, falafel and grape leaves. In fact, so much so that she garned the nickname ‘Julie Taboulie’ from her family, which in which they still love calling her to this day, except only now she has graduated to Miss Tabouli!”

Cooking with Julie Taboulie is unique in that she is of Middle East heritage, and that gives her a special edge. She grew up with the real Middle Eastern food, not the knock-offs and the wannabes.

The show made Television history in 2012 by becoming the first, and only, Lebanese and Middle Eastern cuisine cooking show series airing in the United States

I remember first meeting Julie back in 2010. We definitely both share a love for cooking and especially Middle Eastern and Mediterranean food. She has the perfect personality to become one of the nation’s top chefs specializing in Lebanese and Arab cuisine.

And why not? Why shouldn’t the experts on TV be of Middle East heritage in instructing the public on how to cook the finest in Mediterranean dishes.

Her show “Cooking with Julie Taboulie” launched nationwide on Public Television in May 2013 after a very successful run hosted by the New York public television syndication on WCNY.

The Finger Lakes region of New York state serves as the picturesque setting for the series, and its local farms, farmers markets and vineyards furnish the fresh food and heart-healthy ingredients used in each episode, her promotional information notes.

In Cooking with Julie Taboulie, Old world meets new world is beautifully and brilliantly showcased within in each exciting, engaging and entertaining episode of Julie Taboulie Lebanese Cuisine.

Julie joyfully clarifies, simplifies and demystifies these deceptively distinctive and delicious dishes and, decadent desserts all while educating, enlightening and encouraging her awe-amazed audiences of the “secrets” to successfully making and, most of all, “mastering” her mouthwatering Lebanese and Middle Eastern masterpieces right at home!

Each episode delivers these seemingly out-of-reach food in an accessible way, encouraging viewers to make and master these distinctive and delicious dishes at home, her promotional materials offer.

The show as nominated for an Emmy in 2013 in the category “Outstanding Informational-Instructional Program.” Produced by Julie Taboulie Television, she has won both the Telly Award and the Communicator Award.

Anyone who loves Middle Eastern food will love watching Cooking with Julie Taboulie on their local TV station. Go online to check her broadcast times and stations.

You can get more information on Julie Taboulie online.

Skimming through the Obits and life Features