More than 12,000 Arab Americans served in the United States Military during World War II, and many served before and after in other wars defending America. Their service is an important part of Immigrant Heritage Month which is celebrated every June along with the achievements of other immigrants from around the world. This feature on Abie Abraham from the Arab American Institute offers insight into one of those immigrants, from the Levant

“I was never one of those guys, hero guys wearing medals and all that,” Abie Abraham once said. His bravery in WWII and his continued service after, however, tell a different story.

Abie was born on July 31, 1913 in Lyndora, Pennsylvania to Syrian immigrants Elias and Esther Thomson Abraham, the third of 11 children. His father arrived on Ellis Island on May 18, 1902 when he was just 14 years old. As a teenager, Abie set a Guinness World Record by sitting on a tree stump for three months, the first sign of the discipline and dedication that he would continue to show throughout his life.

In 1934, he enlisted in the Army and was stationed with the 18th infantry in New York, served with the 15th infantry in China and with the 30th infantry in San Francisco. While stationed in Panama, he became a lightweight boxing champion and trainer. With a record of 54-6, he won the 14th Infantry Division LightWeight Champion Trophy. After this came the start of the second World War.

Abie took his family, his first wife, Felicidad, and their three daughters, Lily, Edith, and Mildred, with him when he was stationed in the Philippines. During the Battle of Bataan, the Japanese attacked, cuttingsupply lines of food, medicine, and ammunition to American and Filipino soldiers. Abie and his fellow soldiers were forced to eat anything they could find such as monkeys, horses, and snakes to survive.

Emaciated and ill, U.S. commanders decided to surrender, leaving more than 12,000 American soldiers to be taken prisoner by the Japanese on Bataan, thus beginning the infamous Bataan Death March. Japan’s imperial forces refused to provide their American captives food and water for six days as they marched toward the prison camp, Camp O’Donnell. The exact number of deaths is unknown, but it is estimated that approximately 6,000-18,000 Filipinos and 500-650 Americans died on the march. For the survivors, there wasn’t a lot of hope going forward.

Abie was a prisoner of war for three and a half years. During this time, he was shot in the leg, stabbed, and suffered from malaria. A captain who was Adjutant of the American group at the camp kept death records, and wrote that 1,565 American and 26,000 Filipino men “perished” in the camp. In 1945, the U.S. army recaptured Camp O’Donnell and liberated its prisoners.

Rather than returning to America immediately upon his rescue, Abie agreed to a request from Gen. Douglas MacArthur to stay and help recover the remains of U.S. soldiers who died so they could receive a proper burial. The task proved difficult for Abie, having to dig up the bodies of men he once knew. “He just prayed that he could continue,” his second wife, Christine, said.

While Abie was still working to find the soldiers’ remains, the Japanese general, Masaharu Homma, was arrested and charged with 43 different counts of crimes against humanity for his role in the Bataan Death March. Abie testified as a chief witness during the trial, helping to convict the general. In his testimony, he claimed to have already found 300 bodies, and expected to continue to find hundreds more. “It will take time, perhaps years, to recover them all,” Abie said.

After two and a half years of this grueling work, Abie and his family finally returned home to his small farm in Pennsylvania. Upon his arrival home, he made a point to reach out to the families of his deceased comrades.

His time in the Army was not finished yet, however. Abie worked as a recruiter and then served as a judge for troubled youth to decide who should be permitted to attend the George Junior Republic school near Grove City, Pennsylvania, a school dedicated to helping “at-risk” teenagers become successful adults. He helped guide many of the older boys toward successful military careers. He then served a two-year stint in Germany as first sergeant before retiring from the Army in 1955.

To educate the public about the horrific incidents in Bataan, Abie wrote two books, “Ghost of Bataan Speaks,” in 1971 and, “Oh, God, Where Are You?” in 1997. He made numerous appearances at public schools and community centers to speak about his experiences. His story was also re-told in several documentaries on the Discovery Channel and the History Channel. “I always tell kids, ‘When you meet a veteran, shake his hand and thank him for his sacrifice,’” Abie said.

Towards the end of his life, he got into the habit of visiting veterans at the VA hospital. A fixture, Abie would come in five days a week at 6:45 a.m., showing his fellow veterans around, answering questions and bringing cups of coffee. He continued this trend for 23 years, accumulating more than 36,851 volunteer hours, more than any other volunteer at the time. 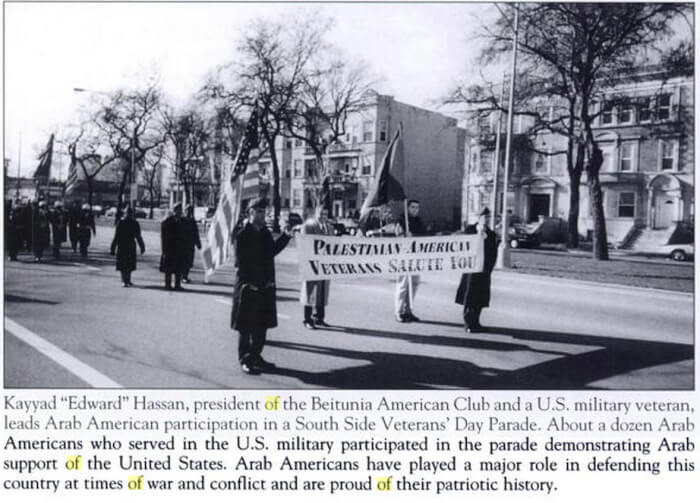 Aside from his family, Abie was also a member of many organizations including the Veterans of Foreign War, the American Legion, the Purple Heart Combat/Infantry Organization, the Ex-POW Organization, the Disabled American Veterans, the American Defenders of Bataan, the Lyndora Fire Department and the state Forest Wardens. He was awarded the Purple Heart for his bravery and service in Bataan as well as the Ellis Family Heritage Award alongside Bob Hope and Cicely Tyson.

Abie died March 22, 2012 of illness at the VA hospital, the same one where he served as a volunteer. He lived a long and meaningful life in which he showed immense bravery, compassion, and sacrifice. His wife Christine once said of him, “He touched a lot of lives, not only when he was a soldier… whenever he saw a need, he tried to help.” Abie was buried in Arlington National Cemetery. In August of 2017, a new facility opened in Butler, Pennsylvania called the Abie Abraham Department of Veterans Affairs Health Care Center.