On Saturday Israel’s nuclear whistle blower Mordechai Vanunu tweeted his latest news stating “They want to continue all the restrictions (Not to leave the country Not to meet foreigners) like nothing had… changed after 32 years… all the Israel Nuclear secrets had gone to all the world, they still claim I am a security risk for Israel. So I will continue to wait for my Freedom until it comes…” 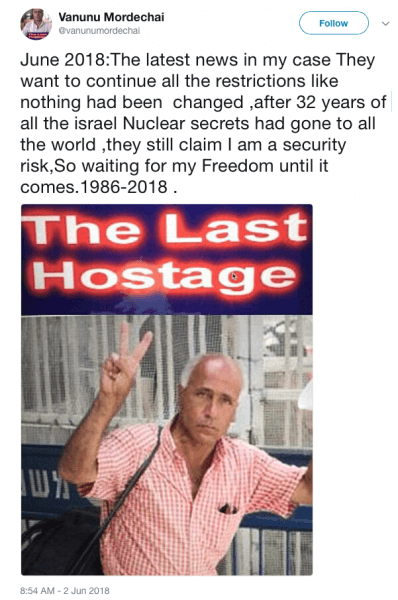 The caption on this Getty Image circa 2004 reads: 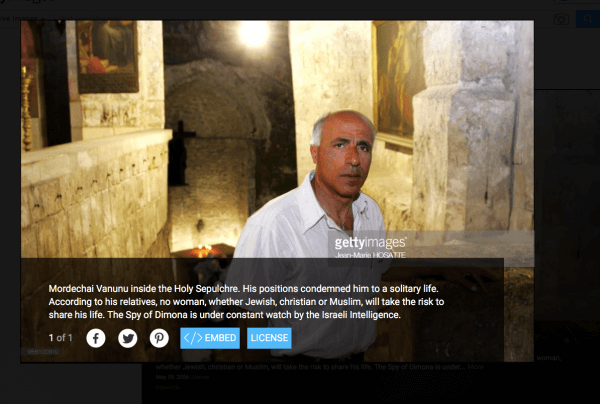 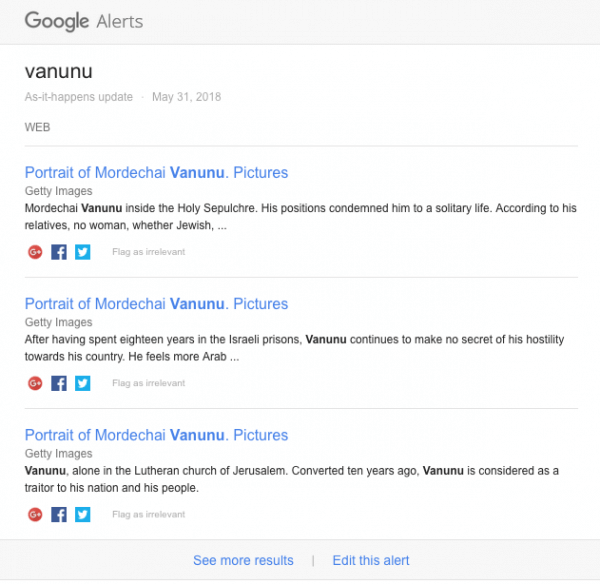 Mordechai Vanunu inside the Holy Sepulcher. His positions condemned him to a solitary life. According to his relatives, no woman, whether Jewish, Christian, or Muslim, will take the risk to share his life. The Spy of Dimona is under constant watch by the Israeli Intelligence

In 2005 this American writer met Vanunu in Jerusalem and we began a series of interviews, which culminated in “Beyond Nuclear: Mordechai Vanunu’s Freedom of Speech Trial and My Life as a Muckraker 2005-2010.”

The following is excerpted from CHAPTER 18: Norge

“Everyone has the right to leave any country, including his own, and to return to his country.”-Article 19, UN Universal Declaration Human Rights

During the June 1967 war Israel shot down one of its own Mirage jet fighters when it strayed over the facility. In 1973, Dimona’s defenders downed a wayward Libyan civilian airliner heading for the reactor, killing 108 people. But the 1991 Gulf War upset whatever solace Israel could take from the past. Iraqi Scud missiles hit Tel Aviv, and one came close to hitting Dimona. Hezbollah’s bombardment of northern Israel in 2006 further demonstrated the country’s vulnerability to missile attack. Dimona has produced all the plutonium that Israel reasonably needs, and the reactor – one of the worlds oldest – has suffered minor mishaps and evident deterioration, raising the specter of more serious accidents. [28]

Israel developed its nuclear program with the help of Norwegian heavy water and between 1976 and 1985; Vanunu was employed as a mid level technician and shift manager at the Dimona nuclear weapons facility underground in the Negev desert where it was utilized.

Norway’sBergens Tidenderecorded “that Vanunu’s application for asylum in Norway had in fact been approved by the country’s immigration agency UDI (Utlendingsdirektoratet) back in 2004. UDI was overruled, however, by Norway’s center-right government at the time. Political considerations, not least Norway’s efforts to remain on good terms with Israel and the US, were more important than Vanunu’s human rights.” [29]

I phoned Vanunu after reading that news and he expressed disappointment but no surprise that political motives were behind the rejection of his Norway asylum application adding, “For the fifth year Israel has continued the restrictions against me. They say I am a danger to their security if they let me go.”

On April 14, 2008 I received a PRESS RELEASE from Fredrik S. Heffermehl of Oslo headlined: ISRAELI WHISTLEBLOWER WELCOME TO NORWAY

Around the same time as that press release was issued, Vanunu forwarded me an email of Q+A’s from supporters in Norway. There was nothing new in the repetitious inquiries and responses, but at the end was a personal exchange between Vanunu and the originator of the chat Kristin Joachimsen.

Being a friend first, I emailed Vanunu that he should delete the private exchange at the end if he was going to forward the email on. Being a nosey reporter I then googled “Kristin Joachimsen” and learned she was a Biblical Scholar and Assistant Professor at Tromso, University. By the time I returned to my Gmail, Vanunu had emailed me in bold capitol letters: “DON’T WRITE ME ANYMORE ABOUT THAT!” 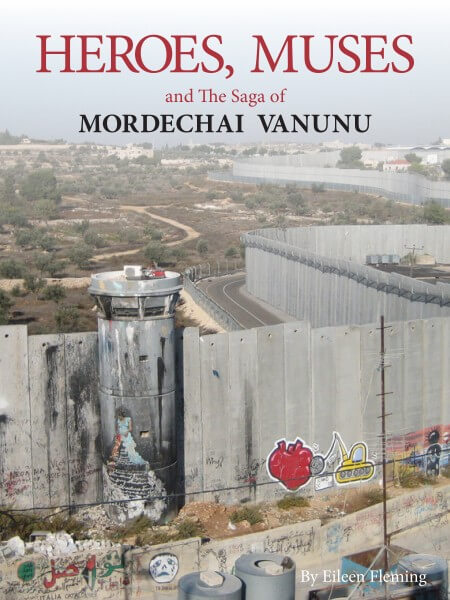 In August 2015 I published THIS BOOK

From which I excerpt:

On 4 August 2015, Vanunu wrote at Facebook: “So time to end this case, and to let me start new life with my Wife [Kristin Joachimsen] in Norway, we will be in the court again next month…to end this case, to send me free.”

“Life is what happens to you while you’re busy making other plans” as John Lennon sang and Lennon is another muse of mine –but that’s another saga!

Which can be read HERE!