Combatants for Peace expands its powerful voice in the United States 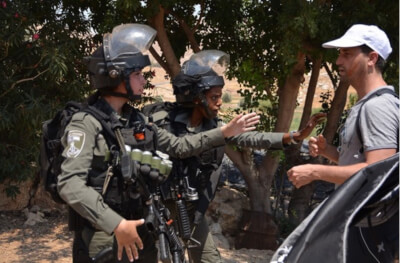 Combatants for Peace expands its powerful voice in the United States Combatants for Peace, one of several important Israeli and Palestinian organizations that champion human and civil rights and advocates for a just peace between Palestinians and Israelis, announced this week that they are expanding their chapters to strengthen their powerful voice in the United…

Jesus was a Palestinian, and many Palestinians were Jews Israeli Prime Minister Benjamin Netanyahu this week asserted that archeological digs run by the State of Israel have found proof that the Palestinians were never indigenous to the “Land of Israel” and immigrated from Europe. But since he opened the window to the topic, it’s worth…

Arab Radio: Should Palestinians accept the Trump Peace Plan? By Ray Hanania President Trump is preparing to unveil his “Deal of the Century” for Palestinian peace, the Trump Peace Plan. Naturally extremists on both sides, Israel and Palestine, will reject it because that’s what they do. They reject everything because their employer is conflict and…

Arabs should support J Street Arabs, Palestinians and Muslims need to be strategic in fighting for Palestinian rights. That means we have to reject broad stroke rejections, and distinguish among coalitions not on the basis of religion but on the basis of belief. We can’t reject support from Jews or Israelis who share in our…

Israeli writer Larry Derfner on The Arab Street podcast Israeli writer and author Larry Derfner joined Palestinian writer Ray Hanania on TheArabStreet.org Podcast for a discussion about the challenges facing Palestinians and Israelis and the fight for peace. Born and raised in the U.S., Derfner started his career in journalism in Los Angeles and continued…

Israelis could normalize relations with all Arabs with help of Palestinians

Israelis could normalize relations with all Arabs with help of Palestinians By Ghassan Michel Rubeiz It is sad that Palestinians have to wait and wait for justice to prevail. At the present, and probably for the next decade, the international community will be preoccupied with Syria, Iran, Iraq, Libya, Yemen, and with other troubled Mideast countries….