Combatants for Peace expands its powerful voice in the United States

Combatants for Peace, one of several important Israeli and Palestinian organizations that champion human and civil rights and advocates for a just peace between Palestinians and Israelis, announced this week that they are expanding their chapters to strengthen their powerful voice in the United States. They also discuss news in Europe and also report on how Israel’s military is protecting a new illegal settlement near Ramallah.

Here is their announcement, including updates on their activities:

In America we have begun to form chapters in New York, the Bay Area, New Mexico, North Carolina, New Hampshire, Philadelphia, the Catskills and Salt Lake City. Our German Friends started to organize two tours for the winter, one in Berlin and one in Bonn area. Reach out to us if you want to join one of our existing groups and chapters or you want to create a new one in your country!

In Israel and Palestine, our activism continues on the ground. Our Theater Group has taken a leading role, using the summer for rehearsals of upcoming performances. Their work focuses on ‘Theater of the Oppressed’ – a modality that lends itself to profound personal transformation, as it leads the audience through a process of awareness building and compassion training.

A professional Theater Company in Tel Aviv presented a showing of Romeo and Juliet in Hebrew and Arabic. Juliet was Israeli and Romeo Palestinian. Afterwards the actors invited our activists onto the stage to speak about the process of overcoming the barriers of hatred and fear – and building a joint community based on the values of respect, dignity, truths and equality.

We have formally launched our first annual Peace-building fellowship for Palestinians and Israelis in the USA. Our first class of fellows is a group of six amazing individuals (three Palestinians and three Israelis), all of whom are active in raising awareness about what militarization and occupation have done to their peoples. We are preparing the fellows to be public speakers and activists throughout the USA. They have already spoken at their first few events, including at Camp Kinderland, a beautiful Jewish Summer camp in Massachusetts. It was a powerful event (in fact the Camp’s Program Director said it was the most powerful event that they have ever hosted for their campers). Watch the video of their incredible campers HERE (you won’t be.)

And also some painful news out of the movement: A new, illegal Israeli outpost was built in an area atop private Palestinian land in Kufer Malek, a village east of Ramallah. While the outpost is technically illegal under Israeli law (as it is built on stolen land inside a Palestinian village!), the army was nonetheless sent in to protect the
encampment.

Combatants for Peace joined in organizing a protest to speak out against the settlers who are occupying the land of Kufer Malek. Our activists went out with the intention of shutting down the road in protest. They were armed only with signs, banners and a drum. They had spent the summer engaging in ‘Nonviolent Action Trainings,’ preparing themselves to remain entirely nonviolent in violent situations. Unsurprisingly,  the military responded fiercely to our activists: with rubber bullets, stun grenades and tear gas. Six of the protesters were injured (four were beaten severely and two were shot in the leg with rubber bullets), and scores of others were treated for the effects of tear gas inhalation. Moreover, the tear gas fired by Israeli troops caused a fire in the nearby crops belonging to the local Palestinian villagers. In the end, the villagers managed to bring in fire trucks and to put out the fire.    At the end of the activity, the local Governor Abdel Fattah Hamayel gave a speech welcoming the solidarity activists and praised the efforts of activist groups, like Combatants for Peace, for working against the occupation and settlement expansion. For seven years, settlers from the nearby Kfar Shahar have been expanding their settlement and seizing the (private) land of the village, all while remaining under the protection of Israeli soldiers.

To support the work of Combatants for Peace, click this link to make a donation.

For more information visit the Combatants for Peace website at www.cfpeace.org. 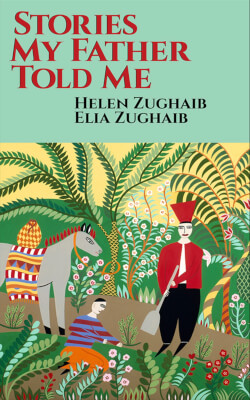