“If liberty means anything at all, it means the right to tell people what they do not want to hear.”-George Orwell

It is the best and the worst of times courtesy of Mr. Trump, whom I call The INVIGORATOR!

On Wednesday The New York Times came close to calling Mr. Trump a liar on the front page:

President Trump reiterated his false claim that at least three million illegal immigrants cast ballots for Hillary Clinton, calling on Wednesday for an investigation into voter fraud, even though his own legal team has argued that no such fraud occurred…

In July 2016, The Washington Post reported that Mr. Trump admitted he had not read any biographies of Presidents but:

Trump’s desk is piled high with magazines, nearly all of them with himself on their covers, and each morning, he reviews a pile of printouts of news articles about himself that his secretary delivers to his desk. But there are no shelves of books in his office, no computer on his desk.

Presidents have different ways of preparing to make decisions. Some read deeply, some prefer to review short memos that condense difficult issues into bite-size summaries, ideally with check-boxes at the bottom of the page. But Trump…

As a public service THIS AMERICAN offers Mr. Trump an introduction to a few Founding Fathers regarding LIBERTY and the need for an engaged citizenry: 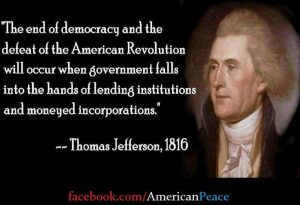 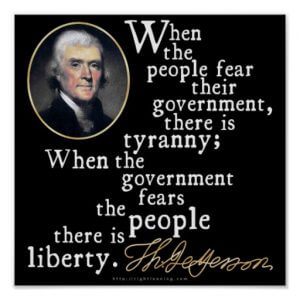 Which leads THIS AMERICAN to the USS LIBERTY!

THIS AMERICAN knew nothing about the USS LIBERTY until 13 October 2007 when I attended a conference called “No More Wars for Israel.”

I had been asked to speak about my interviews with Israel’s nuclear whistle blower Vanunu Mordechai;

BUT I was really there to hear USS LIBERTY survivor Philip F. Tourney say:

“It was God that kept the LIBERTY afloat.”

In a flash I knew I would do more than just listen to him. I have and am in process of doing more driven by something Tourney wrote regarding his experiences in the cosmetically repaired USS Liberty’s last trip home to Norfolk, Virginia:

One of my duties was to check the CT spaces for any leaks or signs of future trouble.
I would go down there alone…
Every time I descended into this silent grave-this killing field where so many of my shipmates had been murdered.
I could feel the eyes of them upon me as I moved.
I felt they could read my every thought and I could hear their voices crying:
DO NOT let what happened to us be forgotten…

Many of the crew voted for Mr. Trump and they and THIS AMERICAN want to know:

Do you support the establishment of every June 8 to be known as USS LIBERTY Remembrance Day?

Mr. Trump knows television better than any president before him.

Qatar should not capitulate Arab World

Comment (1) on “President Trump, THIS AMERICAN and the USS LIBERTY #PussyPower”