Their Washington Post Oped, “Mitch McConnell and Kevin McCarthy: The House must stand against the toxic BDS movement” inspired the following TADN post.

By Wednesday morning, nearly two thousand readers had commented with the majority noting the idiot wind blowing from  “Mitch McConnell and Kevin McCarthy: The House must stand against the toxic BDS movement”, including this reporter who wrote:

“Last week, people in Israel and around the world celebrated the anniversary of the modern state’s founding in 1948”; while the indigenous Palestinian’s commemorated their exodus, known as the Nakba (Arabic: النكبة‎, al-Nakbah, literally “disaster”, “catastrophe”, or “cataclysm”), that occurred when more than half of the indigenous Palestinian population were driven from their homes between December 1947 through January 1949, resulting in the destruction of 600 Palestinian villages in the Holy Land.

Back in the days of South African apartheid America was also among the last to acknowledge the rights of the indigenous peoples struggle for equal human rights.

Idiot wind
Blowing like a circle around my skull
From the Grand Coulee Dam to the Capitol
Idiot wind
Blowing every time you move your teeth
You’re an idiot, babe
It’s a wonder that you still know how to breathe- Bob Dylan

Especially this call to action from ANNA BALTZER:

As we stand in solidarity with the Palestinian people in the face of injustice, it’s important find ways that we, as people who live in the US, can take action.

One way to do this is by challenging Israel’s tourism industry, which quite literally erases Palestinians from the landscape and history, appropriates Palestinian culture and cuisine, and whitewashes the reality of Israel’s state violence.

Palestinians, wherever they are, are denied the freedom to move freely to and within their homeland by Israel while Israel whitewashes their oppression.

There are many ways for you to take action. Whether you are planning to travel to Palestine, are a student considering study abroad, or simply want to take an online action, we’ve compiled a whole host of resources for you to learn (and unlearn!) about ethical travel to Palestine and the Israeli-occupied Syrian Golan Heights.Use these resources to:

The issues laid out here extend beyond Palestine, and are mirrored in other colonized places like Puerto Rico and Hawaii. Learn more here.

People of conscience are already taking action. Just last week, New York University’s Department of Social and Cultural Analysis voted overwhelmingly to adopt a resolution of non-cooperation with NYU’s study abroad program in Tel Aviv. The department cited Israel’s “longstanding practice of barring entry to persons of Palestinian descent, and its recent amendments to the Law of Entry prohibit entry to members of groups that are critical of government policies” as the reason for their decision.

No matter how much Israel tries to distract from its oppression of the Palestinian people, you know better.

Groups worldwide and people like you have already engaged in this work, from challenging corporate complicity in Israeli tourism to calling on celebrities not to perform in Israel, from boycotting study abroad at Israeli universities to traveling on ethical delegations to Palestine.

We hope you’ll use our tools to continue learning, educating, and challenging injustice! 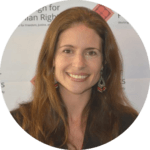 In solidarity “we have it in our power to begin the world again.”-Thomas Paine

Muhammad among the top 10 baby names in 2019 American Arabs

Forgotten victims of Sept. 11, 2001 should be remembered, too American Arabs