10 Days at Amrit Yoga Institute and Missions from God

Jesus said, “This is how everyone will know that you are my disciples, if you have love for one another.”-John 13:35 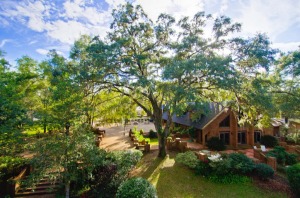 Nestled under a canopy of towering Live Oaks in the Ocala National Forest in Salt Springs, Florida, the Amrit Yoga Institute draws spiritual seekers from all faith paths through, in, and because of love.

For ten days, I was one of 51 who had come to explore the Integrative Amrit Method of Yoga Nidra, “one of the least explored, esoteric yoga practices. It is a conscious journey to levels beyond your ordinary state of mind.”– Gurudev Amrit Desai 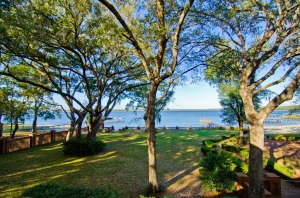 As old as Yoga itself, Yoga Nidra is a sleep-based conscious meditation that uses body, breath and awareness techniques which release the healing potential of our bodies by disengaging from the THINKING mind and reconnecting to our FEELING body by way of deep relaxation which effortlessly changes our relationship to pain, stress and habits.

Forty minutes of Yoga Nidra is equivalent to four hours of sleep.

What makes the Amrit Method of Yoga Nidra unique is its focus on the ENERGY body with positive intentions and affirmations.

“When our mind is aligned to a higher consciousness, prana [the Sanskrit word for ‘life force’ also understood as energy] leaves the survival, instinctual, automatic function, and performs as an agent of higher consciousness. At this stage the awakened prana carries out its divine evolutionary functions.”– Amrit Method of Yoga Nidra IMMERSION Manual, page 48.

Gurudev Amrit Desai was born in India in 1932 and arrived in America in 1960, to study art.

However, “his spiritual mission drove him to begin teaching yoga, [which] rapidly became his true life’s work. He was one of the earliest of the wave of Indian ‘gurus’ who came to the U.S., and is the last living master from that initial wave.”

During my ten-minute private discussion with Gurudev, I shared my nearly ten-year ‘mission from God’ to help free Israel’s Nuclear Whistle Blower, Mordechai Vanunu and end USA collusion in Israel’s Nuclear Deceptions and immoral, illegal, untenable occupation of Palestine, which began with my first 16 Days in Israel Palestine.

I told Gurudev [the name bestowed on him by others meaning beloved teacher and guide in spiritual matters] I had come to Amrit Institute seeking guiltless release from my ‘impossible missions’ and freedom from my sense of responsibility for the happiness of others.

My ten days at Amrit Yoga Institute brought me to the realization that I am only responsible for my happiness.

I already knew that what makes me happy is seeing others happy and I have accepted my new ‘mission from God’ to share the Amrit Method of Yoga Nidra with everyone and anyone with ears to hear and eyes to read and so in my role as the first Health Reporter for The Arab Daily News I will be offering you my experiences of the Amrit Method of Yoga Nidra which among many benefits has been proven to:

2. Increase the release of Melatonin the hormone which regulates our waking and sleeping cycles and slows the aging process.

3. Regulate Serotonin and other neurotransmitters, which effect mood, cognitive functioning, motor skills and our feelings of satiety- the state of feeling satisfied with one bowl of ice cream, a handful of M&M’s, one beer – not the whole carton, bag or case.

Begin your experience of the Integrative Amrit Method (I AM) The Posture of Consciousness and Yoga Nidra HERE: 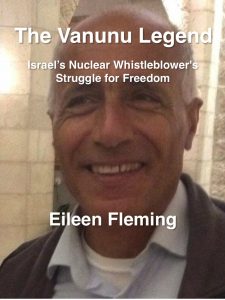 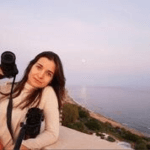