Turkey’s Neo-Secularists and Neo-Islamists: An Episode to be Followed. Now the AKP government has survived a coup and as a result is in process of purging the country’s military and civil institutions in the wake of the July 15th coup attempt.

Turkey’s political scene is witnessing a revolution that neither the military nor the secular intelligentsia saw coming. The neo-Islamist party, Justice and Development (AKP), has been governing the country for fourteen years with a centrist-right foresight led by a trio of pragmatic and visionary Islamist politicians, (Erdoğan-Gül-Davutuğlu), the President, former-President, and former Premier of New Turkey (Yeni Türkiye).

These three charismatic politicians through their political maturity have shaped the country’s fragile democracy and more importantly the Sunni Islamist political theory, and hence the Brotherhood’s movement ideology and project. This political shift began four years ago with the arrests of senior military officials involved in “Operation Sledgehammer,” a plot designed to destabilize Turkey’s democratically-elected government, an operation had interpreted as strength of Turkey’s political culture post the Atatürk system.

And so to the July 15th attempted coup that failed against a democratically-elected President and Parliament. Certainly some political and geopolitical analysts could argue that Turkey’s future doesn’t look promising. Indeed, this could signal a relaunch of the thorny debates that have raged between the Secularists and Islamists.

Politics in Turkey is considered too complicated and as much a national sport as anywhere else in the Middle East and North Africa. As one Middle Eastern diplomat told me regarding the diplomatic corps movements in Ankara, “Turkey is a good school of diplomacy.” However, I can add, it’s also an excellent school for political rhetoric and contradiction. One can reference the nine decades of ideological and societal disputes that mark the relation between these main protagonists, the traditionalists and the modernists. 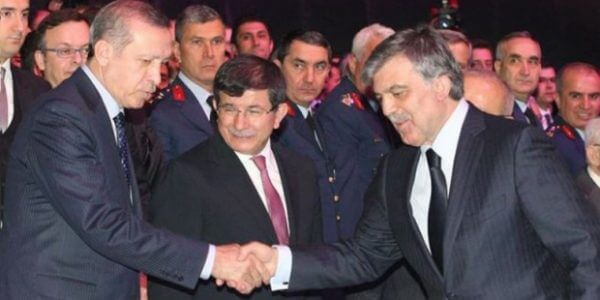 It seems Turkey has passed through the period of transitional testing to end decades of military patronage that put in place a problematic constitutional formula, the so-called  “Demo-ctatorship,” a model also applied in Chile post-Pinochet. Yet the 2012 “Sledgehammer operation” initiated Turkish prosecutors in the light of this alleged plot in a series of attempts to overthrow the AKP government.

Thus the military and the secular intelligentsia didn’t swallow the loss of power or the control of Turkish politics and the peoples’ mindset. They participated in four military coups, this with the passivity of the Secularists in 1960, 1971, and 1980, using the alibi of defending the country from the danger of the “Green Peril” (Islamism). Then in 1997 they forced the resignation of Premier Neçmettine Erbakan, maître à pensée of Erdoğan-Gül-Davutuğlu, and founding father of neo-Islamism in Turkey.

In 2008 the military and the secularists vehemently opposed the candidacy of Mr. Abdullah Gül, then Turkey’s Deputy Prime Minister and Foreign Affairs Minister, for the post of President, warning the Turks and the rest of the world that Turkey would descend into chaos if he were elected. But this effort at intimidation failed as did the attempted coup of July 15th. Also, the Algerian generals, in hand with the democrats, employed the same fear tactics in January, 1992, and a similar strategy occurred in Egypt in July 2013 when General Es-Sissi overthrew the democratically-elected Dr. Morsi and threw him in jail using the same justification as the Turkish military and liberals, acting like the Republican Guards, and scaring the people and the Western powers as well. 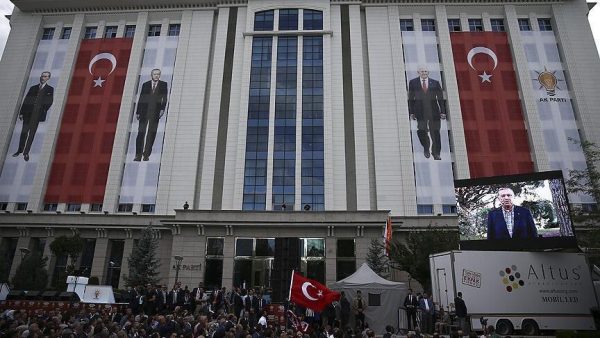 According to the Turkish pro-government media the 2012 plot had an ideological motif. Hence the “Sledgehammer” operation was a political “big-Bang” in MENA, which could reshape the current political culture in the entire region. Conceivably an outsider could infiltrate the sealed “black-box” of power, certainly an original move if it is made by an Islamist political  party considered the enemy of the nation’s Republican values by the secularist army and liberal political parties and elite.

This would clarify two imperatives: either the Islamists have become a serious political force acting from the center of power and are no longer relying on the polls to sustain their legitimacy, or, some hidden clans within the military and its brain, the Intelligence Service, are sympathizing with the AKParti ideology and strategy.

The fact that these plots have been uncovered is a clear sign of the growing maturity of democracy in Turkey, and legal investigations are already underway. Now the AKP government has survived a coup and as a result is in process of purging the country’s military and civil institutions in the wake of the July 15th coup attempt.

One hopes this will not be reduced to yet another ideological showdown between the Islamists and Secularists. However, this could signal the establishment of the passage of civilian control over the military system, a confirmation that democracy is not only about elections, but includes the application of the rules of laws as the Turks indicate. Definitely an episode to be followed.