If we prosecute Saudis can we prosecute US Soldiers? 15 years after the September 11 terrorist attacks and American officials continue to play politics with war crimes. Congress allows prosecution of Saudis for 9/11 under legislation approved this week, but when will they allow the prosecution of American soldiers who engaged in war crimes in Iraq and Afghanistan?

Fifteen years have passed this week since Al-Qaeda terrorists attacked America on September 11, 2001, taking the lives of nearly 3,000 civilians.

In a typical act of political pandering, Congressmen unanimously approved a bill that would allow Americans to file lawsuits against the Government of Saudi Arabia allegedly for its involvement in the terrorism. The law singles out Saudi Arabia expanding an existing provision that permits Americans to file lawsuits against foreign governments that are accused of engaging in acts of terrorism against Americans.

American Jews who have dual nationality have been permitted to file lawsuits against Arab countries that have allegedly engaged in or facilitated acts of terrorism that has taken the lives of Americans who hold citizenship in both Israel and the United States.

Is this about justice, politics or pandering to a corrupt system of American morality?

The number of war crimes and atrocities by American soldiers are in the thousands, but the United States has taken special care to both prevent the publication of these war crimes and acts of murder, and they have even implemented laws in both Iraq and Afghanistan that grant blanket immunity to American soldiers for atrocities including war crimes, the murder of innocent civilians and acts that meet the minimum criteria for being classified as “terrorist acts.”

Will Congressmen now revoke that immunity and allow the victims of American atrocities to prosecute not only the perpetrators but the American people for those war crimes in the same spirit that is being permitted against Saudi Arabia.

Saudi Arabia has been, for all its faults, one of America’s strongest allies. Saudi Arabia has manipulated the price of oil to help Americans hold down the skyrocketing costs of gasoline.

Saudi Arabia has been American’s closest ally in supporting the illegal invasion of Iraq in 2003 when the former administration of President George W. Bush openly lied and told the American people they had evidence that Saddam Hussein and Iraq were involved in the Sept. 11, 2001 terrorist attacks, and that Saddam Hussein and Iraq were engaged in building weapons of mass destruction including the building of nuclear weapons.

Both of those assertions have been proven to be falsehoods intentionally made to wrongly justify the Bush administration’s decision to go to war and destroy Iraq.

Saudi Arabia has been American’s closest ally in standing up to the terrorist rhetoric and bullying of Iran, a dictatorship that is worse than Iraq ever was under Saddam Hussein and that has openly engaged in the killing of Americans through its alliance with the dictator of Syria, Bashar al-Assad.

And, under pressure from the United States, Saudi Arabia has even abandoned its support of the rights of the Palestinian people and given up its championship of Muslim rights in the Holy City of Jerusalem that was partially occupied by Israeli military force in 1947 and completed in 1967.

American congressmen have notoriously engaged in a deception for personal political gain. The American people have made the terrorist attacks of Sept. 11, 2001 as their most sacred national tragedy.

What did Saudi Arabia do to facilitate the terrorism? Nothing. A member of a prominent Saudi Arabian contractor, who was close to the Bush administration and the Bush family, as well as to major Texas oil companies and corporations, orchestrated the terrorist attacks. Osama Bin Laden was one of the sons of the owner of the Bin Laden Group construction company which was employed throughout the Middle East building skyscrapers, buildings and providing services to the oil industry.

Since when do we blame an entire nation for the acts of one of its citizens?

American Rachel Corrie was murdered by Israeli soldiers on March 16, 2003 but the American government has never sought terrorism charges against Israel’s government

If there ever was a moral basis to make that claim, then the United States would be first line for war crimes prosecutions around the world, not just in Iraq and Afghanistan but in Iran and in Chile, too, and in dozens of South American nations.

It was the American government that toppled Democracies in Iran that led to the rise of the murderous dictator the Shah of Iran, Reza Pahlavi. The Shah’s atrocities, his murder of hundreds of thousands of Iranian civilians and the oppressive rule of his dictatorship is what fueled the rise of the religious mullahs who took his place.

And it was America that directed the destruction of the Democratically elected government in Argentina to give rise to the dictatorship of one of South America’s most ruthless dictators, Gen. Augusto Pinochet. America funded and backed Pinochet despite his murderous atrocities against civilians and his political foes.

Chile was but one of several countries in Operation Condor which began in 1968 and ramped up in 1978 and continued to undermine government leaders we opposed, replacing them with tyrants, dictators and murderers.

Now, Congress has a conscience about injustice and terrorism, but narrowly to focus on a twisted politically motivated attack against the Government of Saudi Arabia, which has been one of America’s strongest allies. 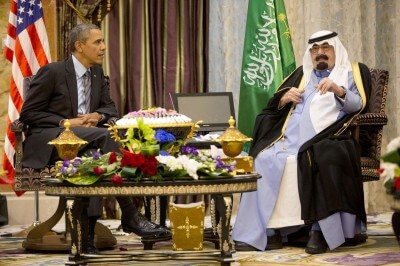 President Barack Obama has vowed to veto the Saudi Arabia resolution. But Obama has been so ineffective as a president when it comes to foreign policy that his threat is laughable, and being made solely for his own political benefit.

No one in Congress cares about justice for the victims of Sept. 11. If they really did care about justice for the victims of Sept. 11, 2001, they would have allowed families of the victims to have complete access to all information and to file lawsuits against everyone responsible, including President Bush, Halliburton, the airlines, and the U.S. Government. Many American families of the victims continue to demand answers about their government and their failure to respond and prevent Sept. 11, 2001.

But this isn’t about justice. This is about politics. And it is an election year and the congressmen need to look like they are doing something, when we know very few of them are doing anything.