The Christian Manifesto is The Sermon on The Mount also called The Beatitudes. Art Forms include artistic compositions, such as the novel, sonata, sonnet, and imaginative or creative self-expression

Australia’s Cardinal Pell, the Vatican’s de facto finance chief, has been accused of mishandling misconduct cases against clergy members while he served as the leader of the Archdioceses of Melbourne and Sydney.

Pell also faces allegations that he sexually abused minors beginning early in his priesthood and continuing until he became archbishop of Melbourne.

He has repeatedly denied the accusations. 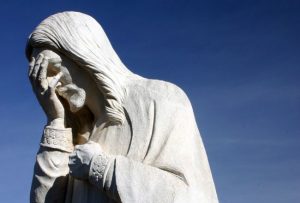 The job of religion is to help people act effectively and compassionately from an inner centeredness and connection with God….

Compassionate acts from a contemplative foundation are the greatest art form.

Among the last words the Jesus spoke while nailed to a wooden cross were: “Father, forgive them; they know not what they are doing.”

Jesus said that he came that we would have life to the full; abundant life [John 10:10] and that takes deep thought and action.

Two thousand years ago, there was lively debate about who Jesus was and until the Church got in bed with Emperor Constantine, all the churches were hot beds of individuality: NOT the institutions that have become big business today.

Jesus spoke about “being born again” and he never meant that to be a solitary experience; but a lifetime endeavor of waking up to God within oneself, all others and in every situation.

Living in the past has got no soul and the future of Christianity will not be found in antiquity, but in our ability to re-IMAGINE those ancient stories, symbols and concepts with modern eyes.

Christianity came into existence in a world radically different than ours.

The ancients believed the Universe consisted of three tiers; the earth at the center was flat, the judging all knowing deity was up in the sky, and hell was below.

The ancients ascribed to a tribal, male supernatural being who validated warfare as a noble and divine enterprise.

The Christian god “evolved’ from its Hebrew tribal roots into a Church which controlled knowledge as it promoted an invasive deity dominated civilization for 1,600 years after Jesus walked the earth.

When Copernicus and his disciple Galileo concluded that the sun did not rotate around the earth but that the earth rotated around the sun they birthed a new concept of God.

This revolutionary evolution in consciousness began the shift from a god who was not so involved in the daily affairs of humans.

Galileo was condemned a heretic but on 28 December 1991, the Vatican officially admitted the Church and Bible had been wrong about the universe and humankind’s place in it.

The god on his throne ‘out there’ had died.

When Freud exposed the childish neurotic elements in religion he was vilified and demonized by Christian leaders.

Carl Jung offered a bridge of reconciliation when he recognized the historic process necessary in the development of Consciousness; which is the quality or state of being aware of something within oneself.

Albert Einstein introduced relativity as present in all things including “eternal and unchanging truth.”

Astrophysicists raised awareness of the emptiness in the heavens above and that hit at the heart of human loneliness.

“In the West there is loneliness, which I call the leprosy of the West. In many ways it is worse than our poor in Calcutta.”-Mother Teresa, Commonweal, Dec 19, 1997.

The theistic concepts of a supernatural big daddy in the sky, an errand boy just waiting to fill our desires, and a deity that will punish us and thus motivates behavior is a god that must be fired— if not killed!

Among the forward thinking founding father’s of America was Thomas Jefferson, who weeded out the miracle stories from the gospels and clarified the teachings and ethics of Christ in:

THE LIFE AND MORALS of JESUS of NAZARETH

1. Be just: justice comes from virtue, which comes from the heart.
2. Treat people the way we want to be treated.
3. Always work for PEACEFUL resolutions, even to the point of returning violence with COMPASSION.
4. Consider valuable the things that have no material value.
5. Do not judge others.
6. Do not bear grudges.
7. Be modest and unpretentious.
8. Give out of true generosity, not because we expect to be repaid.
9. Being true to one’s self in more important than being loyal to one’s family…those who think they know the most are the most ignorant…

The most ignored of America’s founding fathers was Thomas Paine, who wrote:

A long habit of not thinking a thing wrong gives it a superficial appearance of being right.

Belief in a cruel God makes a cruel man.

Every religion is good that teaches man to be good; and I know of none that instructs him to be bad.

Is it not a species of blasphemy to call the New Testament revealed religion, when we see in it such contradictions and absurdities.

Reason obeys itself; and ignorance submits to whatever is dictated to it.

Reputation is what men and women think of us; character is what God and angels know of us.

John Lennon sang, “Christ, you know it ain’t easy. You know how hard it can be. The way things are going. They’re gonna crucify me.”

John Lennon, other muses and my first of eight trips to both sides of Israel’s Wall in Palestine in 2005, conspired and inspired me to spin The Beatitudes, The Sermon on The Mount, The Christian Manifesto this way:

When Jesus of Nazareth was about 33 he hiked up a hill, sat down under an olive tree and began to teach the people:

God’s name in ancient Aramaic is Abba which means Daddy as much as Mommy and He/She: The Lord has said, “My ways are not your ways. My thoughts are not yours.” -Isaiah 55:8

Jesus said: “Blessed are the meek, for they shall inherit the earth.”

Jesus continued, “Blessed are those who hunger and thirst for righteousness, they will be filled.”

Jesus affirmed, “Blessed are the merciful, they will be shown mercy.”

“For with the measure you measure against another, it will be measured back to you” Christ warns as he explains the law of karma in Luke 6:27-38.

Jesus knew, “Blessed are the pure in heart, for they see God.”

And what a wonderful world it would be when we all seek peace by pursuing justice; for there can be none without the other….

In 2005, during my first of eight trips to both sides of Israel’s Wall in Palestine, the presence of Dorothy Day came to me and her spirit continues to encourage me:

“Our manifesto is the Sermon on the Mount, which means that we will try to be peacemakers.” 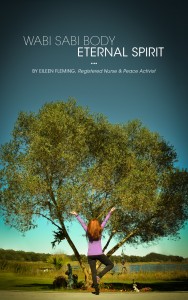