Israeli writer and author Larry Derfner joined Palestinian writer Ray Hanania on TheArabStreet.org Podcast for a discussion about the challenges facing Palestinians and Israelis and the fight for peace.

Born and raised in the U.S., Derfner started his career in journalism in Los Angeles and continued it in Israel, where he moved in 1985, as columnist and feature writer with the Jerusalem Post, and a correspondent in Israel for U.S. News and World Report, and a contributor to the New York Times, Sunday Times of London, Foreign Policy, Salon, The Nation, Tablet, Forward, 972 and many other publications. 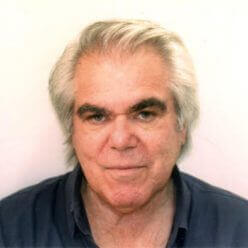 He is the author of the 2017 political memoir No Country for Jewish Liberals and is currently working on a memoir about growing up among Holocaust survivors, blacks and Asians in early-1960s Los Angeles. He works as a copy editor at Haaretz in Tel Aviv and lives in the city of Modi’in with his family.

Hanania and Derfner discussed the different lives of Israelis and Palestinians, what needs to be done to achieve peace, the failure of Oslo and was it the content or the extremists that destroyed the Oslo Peace process, news media bias and more during the 45 minute discussion

To listen to the podcast click here or use the widget below:

This episode and past episodes of The Arab Street Podcast are available at www.TheArabStreet.org or iTunes (search Hanania, Arab Daily News or The Arab Street).