Mordechai Vanunu holds BA’s in geography and philosophy. Vanunu was never a scientist but a mid-level nuclear technician on the night shift within Israel’s nuclear facility at Dimona over three decades ago.

Despite being freed from 18 years behind bars in 2004 and granted asylum by Norway after his 2015 wedding to an Oslo Professor, Israel continues to deny Vanunu his right to leave the state claiming he still has “secrets.” 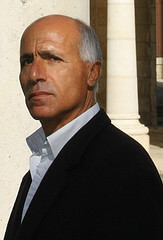 The Jewish Press claims to be “the largest independent weekly Jewish newspaper in the United States” but this American with Jewish DNA had not read them before this Sunday’s Google Alert regarding the Vela incident of 22 September 1979: 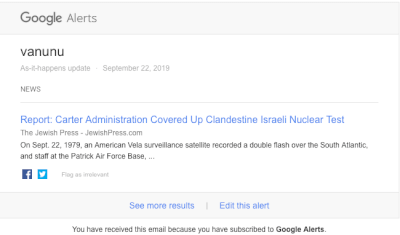 The article written by David Israel reports on Foreign Policy‘s report (Blast From the Past), about Israel testing nuclear weapons and the Carter White House covering up what has become known as the Vela incident  when a “double flash” was detected by sensors designed to detect nuclear explosions that contravened the Partial Nuclear Test Ban Treaty.

In 2010, Carter revealed a 27 February 1980 diary entry he wrote stating: “We have a growing belief among our scientists that the Israelis did indeed conduct a nuclear test explosion in the ocean near the southern end of Africa.”

This American reporter posted the following comments at the  “Report: Carter Administration Covered Up Clandestine Israeli Nuclear Test”  in hope to educate David Israel and The Jewish Press readers; however a few hours after publication of this article my following comments disappeared as in CENSORED yet remain enshrined courtesy of screenshots: 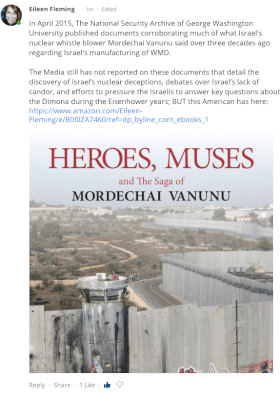 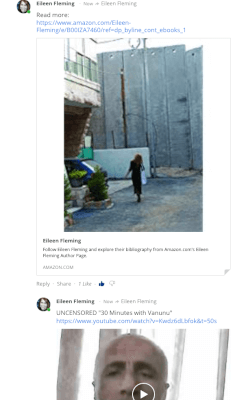 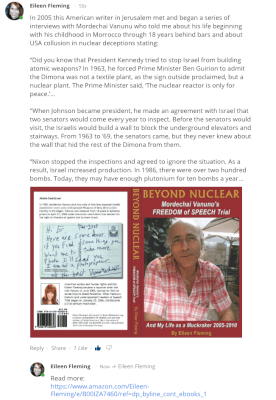