U.S. military officials sought permission to send an armed drone near a patrol of Green Berets before a deadly ambush Oct. 4 in Niger, but that request was blocked.

On 6 June 1967, the Joint Chiefs sent Admiral “Slew” McCain, father of the senator from Arizona, an urgent message instructing him to move the USS Liberty out of The Six Day War zone.

Admiral McCain did NOT forward that message to the USS Liberty.

The mission of the Green Beret team was to train Nigerien forces, to advise on a mission to capture or kill a wanted terrorist and to investigate the terrorist’s abandoned camp.

After the U.S.-Nigerien team destroyed the camp on Oct. 4, four Americans and five Nigerien soldiers were killed in a firefight with suspected Islamic State fighters, and two other Americans and as many as eight Nigeriens were wounded.

The Green Beret team in Niger was part of a larger and potentially more dangerous mission than initially described, which merited an armed drone.

However, that request was blocked in a chain that snaked through the Pentagon, State Department and the Nigerien government. 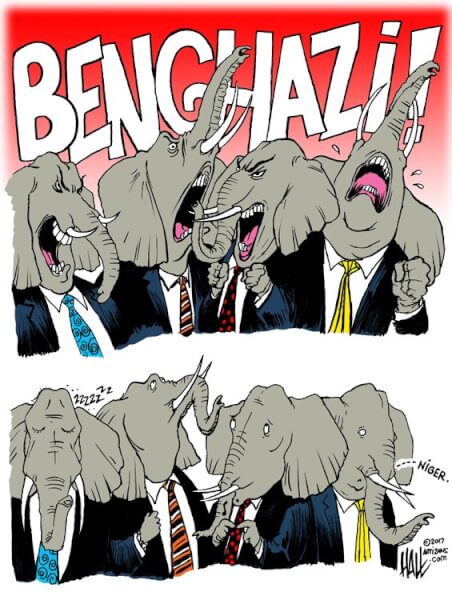 Senator McCain’s father Admiral John Sidney “Slew” McCain was one man in power in 1967, who failed to support the troops onboard the USS Liberty:

The USS Liberty, America’s then premier surveillance [spy] had navigated to Africa when it received a flash message from the Joint Chiefs of Staff to sail from the Ivory Coast to the Mediterranean, where it was to re-deploy off the coast of the Sinai during what became known as The Six Day War.

As the war intensified, the Liberty sent a request to fleet headquarters requesting an escort, which was denied by Admiral William Martin.

The Liberty then navigated into international waters about 13 miles from the shore at El Arish, which was being attacked by Israeli forces.

On 6 June 1967, the Joint Chiefs sent Admiral “Slew” McCain, an urgent message instructing him to move the Liberty out of the war zone to a position at least 100 miles off the Gaza Coast.

Admiral McCain never forwarded that message to the ship.

However, YOU can send a message NOW in support of USA troops and to help end a 50-year USA Government Cover-Up by clicking:

This Story will be continued: 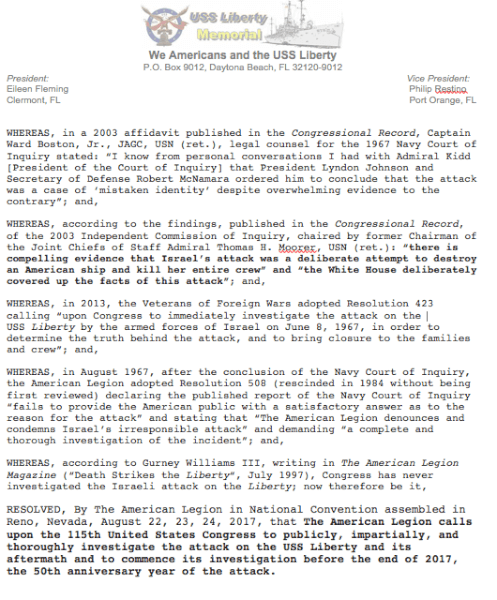