Algerian Berber Separatist Movement: No, I Can’t Get No Satisfaction

In Algeria other groups that compose the Berber community and identity, nevertheless the majority seem happy with a federal system.

Ethnic groups are relocating from federal systems and vehemently manifesting their autonomy further. Some are proclaiming independence using the ethnic factor as a cultural vector for political transformation to ultimately achieve independence.

Years ago in Europe the Belgian saga provoked the country’s social cohesion — these days the Catalans in ? voted for secession, and the Lombardars of north Italy voted asking for more autonomy.

This institutional turbulence seems to be a serious political challenge for the E.U.’s ideals of union and Brussels political homogeneity.

In Arab countries such separatist events would lead to bloody civil war. But the Spanish leaders and people with ethnic and cultural differences alike so far are showing civility over irresponsibility like the Belgians and the Italians. It is a civilized “Cold War” between the Unionists and the Catalan Secessionists, unlike the “Deadly War” that took place in the Balkans in the ’90’s which led to the dislocation of ex-Yugoslavia.

Other autonomist movements are calling for independence from the central systems. For instance, in the fragmented Middle East, in Iraq the proto- Kurdish State in the north just voted for independence in a referendum organized by the KRG in Erbil, like South Sudan that got its independence in 2011 from Khartoum.

But now this fragile State is heading into a failed State because of the amateurish behavior of the South Sudan nationalist leaders and the cold shoulder from Washington and Israel.

In Algeria, an Algerian autonomist movement headed by Mr. Ferhat M’henni, the movement for the Autonomy of Kabylie, known by its French acronym le Mouvement pour l’Autonomie de la Kabylie (MAK), proclaimed a provisional government of Kabylie in Paris on June 1, 2010.

The Berber (Kabyle) group autonomists had been arguing for decades that the Kabyle identity had been suppressed; hence the time had come to defend the territory and identity of millions of people living in mountainous, coastal and remote areas in the northeast of Algeria.

However, this political action was immediately qualified by Mr. Aït Ahmed, the charismatic leader of the FFS party and an Algerian Liberation War hero, as dangerous for the national unity and the future of the Berber group’s region, because this would incite further tension with the central regime.

Although Mr. Aït Ahmed during his political life was considered a strong opponent to the regime in the ’60’s and ’70’s, he had been defending not only the Kabyle, but also the Berber cause in Algeria. He was also the leader of the progressive party, le Front des Forces Socialistes, whose political agenda was based on the notion of democracy and liberty for all to enforce a national identity and territory integrity with its culture plurality within the system.

As a moral authority Mr. Aït Ahmed places highly among the Berbers/ Kabyles, notably among the middle class, the business community and the leftist intelligentsia.

Nonetheless, his opposition to the MAK’s action had given the regime a chance to stay out of it, making the case seem like an intra-fratricide war and now using Mr. Aït Ahmed legacy as a political heavyweight and proxy in the regime’s communication war with the separatists — interestingly, the regime excelled in keeping the fight in the Berberist/Kabyle club.

The job became easier for the regime when the Algerian Prime Minister, Mr. Ouyahia, himself a Kabyle, ridiculed the MAK’s government chief, pretending he knows Mr. M’henni as a singer. Touché!

The MAK also has faced unexpected opposition from a Berber/Kabyle leader who was an ardent opponent to the regime in the ’80’s, Dr. Saïdi, a former leader of the RCD party (le Rassemblement pour la Culture et la Démocratie). Dr. Saïdi’s charisma is less than Mr. Aït Ahmed’s in the Kabyle bastions; he is seen as an enigmatic politician whose political platform does not differ much from the MAK.

The regime excelled in dividing the Berber movement, as it did with the Islamist and the Nationalist parties, into lost, divided political factions. Labeling the RCD as a regionalist and a radical secularist movement made Dr. Saïdi and his party appears ambiguous and opaque to the public and the voters outside the Kabylie region.

This in turn caused collateral damage to the party and impacted the entire Berber movement and its militant branch MBC as well.

Unlike the Kurds in iraq and eventually those in Syria and the Catalans in Spain, the creation of a provisional government of the autonomous Kabylie has come at a bad geopolitical and security conjuncture for the separatists in Algeria after experiencing years of euphoria in the country.

The country is feeling united again because of the turmoil in Iraq, Syria and next door in Libya, a national integrity element that plays a great deal into the hands of the regime, bringing the country back together and functioning as a silky veil to cover the regime’s weakness, the President’s health issues and its government’s failed pubic policies.

Meanwhile, the cultural and the linguistic issue that the separatists like to use in no longer valid argument. The use of Tamazight in schools in the Kabylie region is tolerated; tens of papers exist, TV and Radio are broadcasted in Tamazight on the State Radio & TV or on the so-called Berber independents media.

Yet the Algerian Berbers are well integrated and heavily involved in the society and the system. They are considered the engine of the Algerian economy and control practically of the Algerian small and medium-sized businesses and entrepreneurship. Politically, they are placed deep in the heart of the system, the administration and the military institution in policies and national security.

One talks about Berbers in Algeria, but there are other groups that compose the Berber community and identity; nevertheless, the majority seem happy with a federal system.

Today the kabylie region and the population are still implicitly menaced by the daily perpetrations of the extremist Islamists that have been operating in the region for almost a decade. One could translate this as a strong message from the regime, “don’t mess with us.” According to Aït Kaci Madjid, a lawyer and Human Rights activist in Algiers,”if you want your autonomy, then deal with the swords of the radical Islamist army groups.”

Another tactical political handicap that discredits the separatists of the MAK is the fact that their demands were launched from Paris, where its leaders live causes them to lack credibility. Already the regime and the nationalists are calling them Hezb França (the party of France) and “the tail of the colonists.”

The frivolous idea of the MAK has not produced any interest in the local media nor roused public opinion.

“Algerians see the MAK leaders as fanatics knowing that the MAK’s action is going nowhere,” as Dr. Ali Ben Deddada, a Kabyle physician in a Parisian suburban hospital put it. This view holds with a large majority within the Algerian Berbers, even within a segment among the Kabyles in the country and abroad. Unlike the Kurds in Iraq and Syria, and the Catalans in Spain, hence a landslide majority want to get a State.

The MAK leaders are just putting the separatist struggle in the trajectory of the conflict to destabilize the regime, and the latter knows that the separatists will never get any satisfaction from the regime’s overtures in terms of linguistic, cultural freedom and political expression, according to a Sociology professor (who preferred his name be withheld) at Tizi Ouzou University. 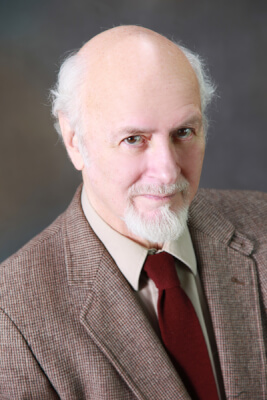