Unlike the first-generation immigrants, their children are in a process to create new societal roles for themselves at the intellectual, social and political level. Imposing new paradigm working their ways of integrating Europe sociocultural stance

Mayor-elect Sadiq Khan’s victory in the London mayoral elections was read as a successful story across the Arab and Muslim world media.  Mr. Khan is the second elected Muslim mayor in a major European city. The first to hold a similar position is Mayor Aboutaleb, the current mayor of Rotterdam, Netherlands, a maritime city and the second largest harbor in Europe. Mr. Aboutaleb and Mr. Khan are the first Muslim immigrants to hold such prestigious and influential political and economic positions.

Mr. Khan was born to an immigrant family from Pakistan. His father was a bus driver, and his mother worked from home at a sewing machine while taking care of their eight children. Unlike Mayor-elect Khan, Mayor Ahmed Aboutaleb was born in Morocco. After the passing of his grandfather, the teenager Ahmed left Morocco with his mother and five siblings at the age of 15 to join his father in Holland. A former Imam of his village, he worked as a maintenance agent. In 1987 Mr. Aboutaleb earned a degree in electronic engineering and eventually became a liberal politician in the Dutch Labor party.

The Khan family lived in a social housing project in south London in a three bedroom house where Khan junior shared a room with one of his brothers.  Later Mr. Khan attended Ernest Bevin College, a rough school that earned its students the nickname “Bevins’ boys”, a term widely used among locals to denote the immigrant children’s misbehavior. This was a scenario  similar to the Parisian banlieue’s rough department, Seine st. Denis or known politically incorrect as le neuf-trois (93).

Mayor-elect Khan was aware of the power of politics at an early age when he realized his mother was exploited by her employer due to lack of social protection by the law. So Mr. Khan joined the socialist Labor party when he was 15, and his early political awareness pushed him to become a civil rights activist.

He graduated from the University of North London Law School at the age of 27. He then worked his way up to become one of London’s leading Human Rights lawyers, taking on several controversial cases including winning compensation for minorities. 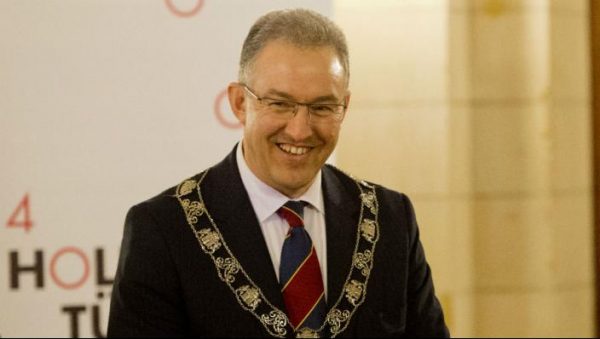 He entered the House of Commons as MP, when London was still reeling from the devastation of the July 7th public transport bombings. Mr. Khan became the face of young muslims and their voice, a role he fearlessly embraced despite the general atmosphere of Islamophobia and racism.

Like Mayor Aboutaleb in Rotterdam, upon the assassination of the controversial film-maker Theo Van Gogh by a Moroccan-born Dutchman in 2004, both men faced intense public reaction to violence and increased anti-Muslim sentiment.

Geert Wilders, who leads a far-right party in the Netherlands, has taken anti-immigrant sentiment to the extreme going so far as to say that Moroccans should leave the country. “The Dutch constitution, but also the Dutch society, is constructed on a very, very basic intrinsic value, and that is tolerance and acceptance,” Mr. Aboutaleb said.

When Gordon Brown became Prime Minister in 2007, Mr. Khan got his first ministerial post as Communities Minister, the first Muslim ever to be in the British high cabinet. However, what if Khan and Aboutaleb were born or grew up in France? Dealing with racism, discrimination and clichés in the land of fraternity, equality and liberty might have provided a very different scenario. 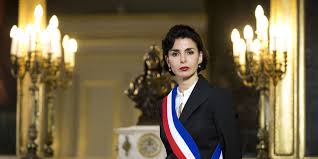 In this instance one could think of Ms. Rachida Dati, a daughter of a Moroccan immigrant became mayor of the chic 7ème arrondissement in Paris and European MP hoping to become a Mayor of Paris. She would have to hide her religious caché from the party’s plutocrats, as well as the arrogant media and the twenty arrondissements’ judgmental white voters. If this comes true, she has to get along with the Parisians’ intelligentsia and elite as well.

Yet, like Khan, she is a liberal politician and a lawyer, who has held a political position as Justice minister in Sarkozy’s cabinet. Ms. Dati is the first immigrant woman and Muslim to occupy this influential post in the Republic, though she did battle with snubs, insults and all kinds of racist comportment.

The paradox — like Mayor Khan — Ms. Dati has all the political parameters to get elected if she runs and gets her party’s nomination. But to rise to the challenge – alas, in every case, her chances are very slim if not impossible, even though “impossible is not French!” The French integration and post-integration process is limited so far to a football player, even though Benzema’s judiciary case became an affaire d’État that reached to the French Prime Minister’s desk.

Muslims in the U.K. are better integrated, educated and wealthier than their counterparts in France. In comparison they believe that France’s “salad bowl” of ethnicities and religions offers only presumption from internal misjudgment and strife. However, a generation is emerging among the Muslim and Arab communities in France, particularly in the so-called heated suburbs (banlieue) where young people are using their intelligence for good cause. Many are working as community organizers and social workers, raising political awareness and protection in their neighborhood  and getting elected in the local municipalities.

So they are passing the test of integration and now are challenging the French political and social status quo for the post-integration phase. For instance, Mayor-elect Khan is a success story by all means. Consequently , the British integration process and the Anglo-Saxons’ principal culture of tolerance seems to be working and viable, unlike the French culture and its integration process that is still anything but white.

Although London was hit by a terrorist attack, the Londoners and the British in general responded with maturity eleven years later. Similarly in the U.S., Americans were subjected to a terror attack in 2001, but seven year later, elected a biracial president, whose father was a Kenyan immigrant.

Recently another success story in England involves Riyadh Mahrez who went from being unemployed in France to a hero in England. A football player who was a player non-grata in the French ligue two years ago was transferred from le Havre for &400.000. This year with his team Leicester won the championship in the most prestigious football league in the world.  He was elected by the Premier League experts the MVP of the year, worth in the pro-football market &60 million.

In sum, Muslims and Arabs are fleeing from monist societies and socioeconomic and political injustice in their native countries looking for a better life for their children, thus transforming the social order of the host countries. By doing so they are reshaping the societal order of  a multi-cultural society in the West and thus provoking an innovation in identity for both host and immigrant.

Hence this ethnic recomposition injected into the secular principals engenders a new conceptualization of citizenship, and does so by confronting the political and academic establishment  to push for a broader political and cultural correctness.

The stories of Mayor-elect Sadiq Khan, Mayor Aboutaleb, Ms. Dati, and Mahrez, provide a practical model for their fellow-ethnic citizens vis-à-vis their white counterparts. On the other hand, their stories are an antidote to the so-called Muslim radicals/Jihadists in western societies and are breaking the ice for Muslims and Arabs that could be good citizens and loyal to their adoptive countries’ values.

They are working to make their dream come true and at the same time making the change in speaking about their faith and identity.

Like Mayor-elect Khan put it, quoting from one of the Prophet Mohammed’s hadith: “If you see something wrong, it is your duty to work to change it.”  So, an aspiration for those Muslims and Arabs in Europe still seeking their dreams.

Six years on from a revolution, the startup scene in Tunisia thrives Arab News