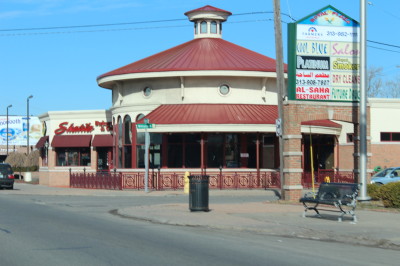 I have been traveling to Dearborn, Michigan since I was a young child back in the 1950s. Back then, it was about the only place where you could purchase original ingredients to make Middle Eastern food recipes. So we would often make the nearly 5 hour trip three or four times a year.

In 1966, Ahmed Ziyad and his brother Ibrahim opened the Syrian Bakery & Grocery store on Chicago’s South Side and we started to go there to buy Syrian bread, now called “Pita” bread, and other important ingredients for our favorite Middle Eastern foods. But we would still go to Dearborn to enjoy the many more Arabian restaurants and shops and to visit with relatives and friends.

Dearborn hasn’t really changed much. It’s still an integral part of Mo-Town, Detroit and the automotive manufacturing industry. So many early Arab immigrants got their first jobs there at the Ford Motor Company. It was in Detroit where Henry Ford built his first car on Mack Avenue in 1896. Besides Detroit, we used to also drive up to Milwaukee, Wisconsin where many other Arabs settled during the turn of the Century to work at the Miller and Pabst brewery plants were located and hired many.

For many years, both cities featured popular annual Arab Festivals, but last year the Dearborn Festival was cancelled in response to harassment and confrontations from anti-Muslim activists — ironically, the Arabs living in America are mostly Christian, not Muslim, but so many racists and Arab haters including pro-Israeli extremists lump Christians and Muslims together in a stereotype to make their hatred that much more easier to sell to the uneducated American public.

The Milwaukee Arab Fest has been going on and off and most Chicagoans end up driving the less than 90 minutes on the expressway north to enjoy its Arab diversity, food and entertainment. Sadly, Chicago’s new Mayor Rahm Emanuel, whose father was a leader of the former Irgun Terrorist organization during the 1940s, has distanced himself from the American Arab community and allowed the presence of American Arabs to disappear in his government. Emanuel shuttered the Arab Advisory Commission and didn’t provide enough support to the four-year-old Arabesque Fest that had been started by former Mayor Richard M. Daley, causing it to end a few years back.

And that’s one reason why there is so much incentive to take the trip to Dearborn and immerse yourself in true American Arab culture.

Dearborn is a mix of Arabic speaking cultures and religions that include Sunni and Shi’ite Muslims from Yemen, Palestine, Iraq, Lebanon, Syria and Jordan. But it also has many Christian Arabs too including Maronite, Orthodox and Lutheran Arabs. Plus, there is the very large non-Arab Middle East Christians that include Chaldeans, Assyrians and Armenians. They speak Arabic, share the same religious and cultural traditions, but identify strongly with their own historical national heritages.

To the bigots and haters, though, they are all “Muslims” and “Arabs” because hatred does not distinguish between fact or fiction. 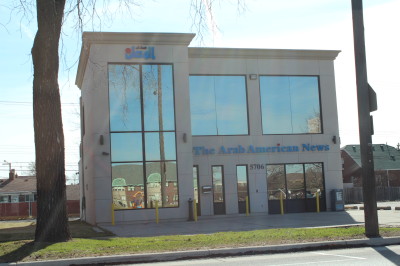 The Arab community has spread out far beyond the confines of Dearborn where reportedly more than 40 percent or 40,000 Arabs live. And many of the Arabs have over the years engaged in mainstream society so well, probably better than any other Arab community in the country, and have won positions in the various local governments serving as mayors, council members, on school boards, as principles and as sheriffs and police superintendents. That makes visiting Dearborn so comfortable to any American Arab.

Although the discrimination and anti-Arab hatred has not subsided, in a large part because of bigots like Sean Hannity, Pamela Gellar and others, these American immigrants (an oxymoron because all Americans are immigrants even if they don’t want to admit it for political reason) have managed to both maintain their cultural pride while embracing American society as their own.

Not surprisingly, Dearborn is the home to the only daily American Arab newspaper, the Arab American News, and a radio station that showcases an endless lineup of American Arab radio shows 24/7 on WNZK AM 690/680 radio. The Arab American News and publisher Osama Siblani this past year celebrated its 30th year publishing and now has a two-story modern newspaper building in the heart of Dearborn. 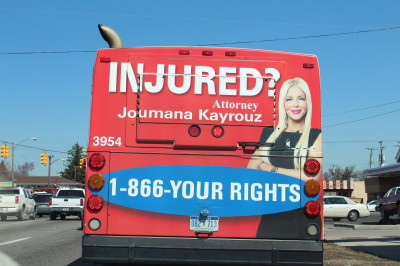 nd when it comes to advertising, no Arab groups advertises more in the country than in Dearborn and Greater Detroit. One of the most recognized marketers is prominent Michigan Accident Attorney Joumana Kayrouz, whose billboards and bus advertising have captured the imagination and respect of Arabs and non-Arabs alike.

Most American Arabs subscribed to satellite television broadcasts from the Middle East and among the popular at ART and MBC, favoring the light entertainment and music programing over the often over-politicized and partisan political coverage of other Arab media.

Warren Avenue is a strip of Arab stores and restaurants. And the corner of Schaefer and Michigan Avenues boosts the National Arab American Museum with its domed roof and oriental design. The museum is a musts top for Americans to broaden their limited understanding of this country’s true immigrant heritage and the many contributions Arabs have made to this society since its founding. Most Arabs began immigrating to America in the mid-19th Century but the Arab presence was on the voyage of Columbus when he “discovered” the Americas.

Dearborn also is home to one of the most elaborate and beautiful Islamic Centers in America. It’s minarets and domes are a cascade of beauty and culture representing the Islamic Religion and the Muslims of the region. There are several mosques in Dearborn as there are also many Christian Arab churches.

On April 10, 2014, I was invited to perform my Palestinian American Arab standup comedy at the 11th Annual Images & Perceptions Diversity Conference hosted by American Arab activist Siham Awada Jaafar. It was my 4th performance for the group and the reception from the more than 400 people attending the day-long conference with featured actors Edward James Olmos and Sayed Badreya, was phenomenal.

The Arabs and non-Arabs of Greater Detroit get the jokes and understand the power of humor, maybe explaining why Dearborn is one of the most successful Arab populations in the Western world outside of the Middle East.

No matter how long I stay there, and if I am on a diet or not, I always stop to enjoy the food. There are so many great Arab restaurants it’s impossible to mention them all. The diversity conference was held at Byblos Banquet Hall which features phenomenal Lebanese cuisine. But I also ate at LaPita restaurant, al-Ameer, where I enjoyed kibbee nayah (Steak tartare) and genuine stuffed grape leaves. When I travel, I also stop to buy grape leaves for the road and love to eat at al Ajami restaurant, too. 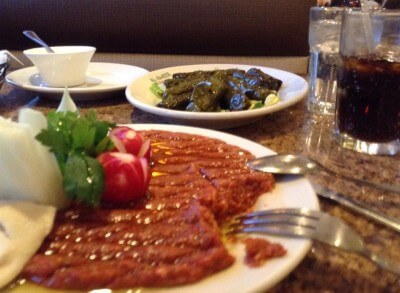 You can get any kind of Arabian dish in Dearborn, from any culture. Before leaving, I met my favorite Arab photographer Nafeh AbuNab of Elite Photography, who documents all of the events and activities of the Arab community in Greater Detroit. We ate at a little restaurant called Amanis at Michigan Avenue and Chase where we enjoyed an Egyptian specialty, foul medames.

Wow, was it great!

You just can’t get that kind of deep, down original Arabian food anywhere else outside of the Middle East.

Dearborn also has so much more to offer the visitor. The Detroit auto show in the Winter is eye-popping. Detroit is the heart beat of America’s auto industry for sure.

And the Detroit Tiger’s stadium is beautiful with the large concrete Tigers adorning the outer perimeter of the baseball stadium in the downtown area of Detroit.

Everything is so close. 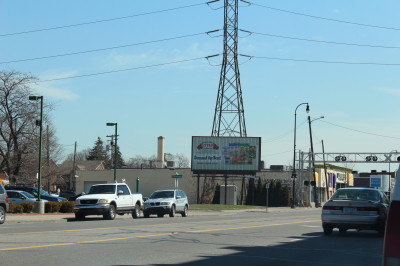 One of the biggest advertisers is Middle Eastern and Mediterranean food importers Ziyad Brothers Importing based in suburban Chicago. Their billboards showcase the thousands of food products that they import and distribute through thousands of stores across the country including in Greater Detroit and Dearborn. 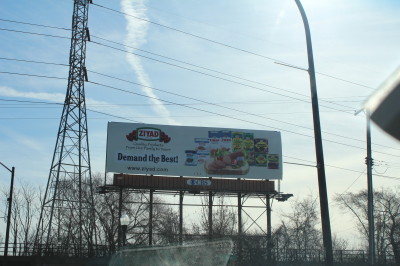 (Ray Hanania is an award winning former Chicago City Hall reporter and columnist and managing editor of the Arab Daily News at www.TheArabDailyNews.com.)