Friday’s The New York Times opinion piece by Roger Cohen had garnered 45 comments by the time this reporter submitted hers.

The two-state idea has become a fantasy divorced from the reality of Israel’s half-century occupation of the West Bank. No basis exists today for believing it’s achievable. American adherence to that goal has become an exercise in mental laziness allowing leaders to do their worst behind the “peace process” fig leaf.

So Trump’s trashing of two-state doctrinal orthodoxy — “I’m looking at two-state and one-state and I like the one that both parties like” — at least had the merit of constituting a break with a sham. (I say this with great reluctance as a longtime two-state advocate.) It places Israel and Netanyahu before the choice they face.

As Netanyahu knows, the only “one state” that Palestinians are going to “like” — let alone accept — is one in which they are full and equal citizens who get to vote. Demographics dictate that this, in turn, will spell the end of the Jewish state — unless Israel wants to be an undemocratic pariah state ruling over a vast disenfranchised Palestinian population….

A sickly arrogance pervaded the Trump-Netanyahu love fest. Their shared contempt for the Palestinian people is obvious. The Trump administration has just blocked the appointment of Salam Fayyad to head the U.N. mission in Libya on the grounds that, well, he’s a Palestinian.

No matter that he’s a widely respected, American-educated, former Palestinian prime minister who has been a tireless and innovative seeker of a two-state peace…Trump should lift the American objection to Fayyad right now if he’s serious about a deal.

This is prejudice as policy, the worst of Trump (with his grotesque deflection of a question about anti-Semitism into a celebration of his victory not far behind). It suggests his interesting one-state two-state provocation will lead nowhere.

I am a granddaughter of a German Jew and have been to both sides of Israel’s Wall in the ‘so called Holy Land’ eight times since 2005.

I have listened to democratically elected members of Hamas in Bethlehem, underground Fatah in Jenin camp and dozens of families in Aida camp.

They all were Muslim and all agreed the only solution is ending Israel’s military occupation, which is sustained by USA policies and tax dollars. All also agreed that only EQUAL human rights can sustain a just peace.

I also visited Sederot, which is a quassam throw away from Gaza. The settlers all expressed lots of FEAR and none were aware they were living on what had been Palestinian property.

There is also a TV station in Israel that broadcasts 24/7 Holocaust images. I could not bear it for even a few minutes.

I also cannot bear WHY the USA Media ignores Israel’s nuclear weapons and THIS AMERICAN’S UNCENSORED “30 Minutes with Vanunu” Israel’s nuclear whistle blower who talks about “The Occupied US Media and Congress.”

Any day now Israel’s Supreme Court will rule on Vanunu’s latest appeal to end all the restrictions that have denied his right to leave the state ever since he emerged from 18 yrs. behind bars in 2004.

In 2015, at 60 yrs. old Vanunu wed for the first time to a Norwegian Professor yet Israel has continued to deny his freedom to leave Israel.

Will The NYT please report on that?

I am This American Reporter 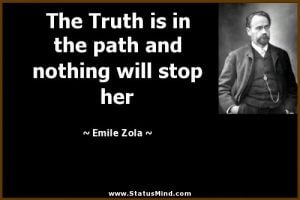 Because The NYT only allows 1500 characters in their comment section what I deleted to comply with that restriction now follows:

Mordechai Vanunu was convicted of treason and espionage in 1986.

However, Nuclear Physicist Frank Barnaby was hired by London’s Sunday Times to vet Vanunu’s story [just before he was kidnapped by Mossad] and he testified at Vanunu’s closed-door trial:

In 1946 Lewis Mumford warned: You cannot talk like sane men around a peace table while the atomic bomb itself is ticking beneath it. Do not treat the atomic bomb as a weapon of offense; do not treat it as an instrument of the police. Treat the bomb for what it is: the visible insanity of a civilization that has ceased to obey the laws of life.

The establishment of Israel’s statehood was contingent on upholding the Universal Declaration of Human Rights.

Every Member State is obligated to hold all others accountable.

This American suggests Trump’s provocations will invigorate the International Community and unite people of good conscience to demand a just peace in the ‘so called Holy Land’ based on Equal Human Rights and Israel’s own PROMISE:

“On the day of the termination of the British mandate and on the strength of the United Nations General Assembly declare The State of Israel will be based on freedom, justice and peace as envisaged by the prophets of Israel: it will ensure complete equality of social and political rights to all its inhabitants irrespective of religion it will guarantee freedom of religion [and] conscience and will be faithful to the Charter of the United Nations.” – May 14, 1948

Only time will tell what The New York Times will publish –or not!

Eileen Fleming is a prolific author

The Health and Senior NON-Arab Correspondent  for TheArabDailyNews,

Producer of “30 Minutes with Vanunu” and she is: