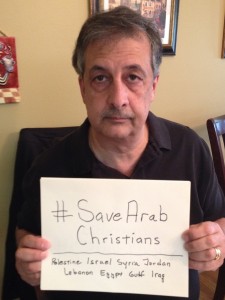 Since as long as I have been speaking out for Palestinian rights and against Israeli oppression, I have also been challenging the refusal of the Arab World to address the equally serious issue of extremist Muslim persecution of Christians.

There are two realities in the Arab World. The first is that Israel discriminates and brutalizes Muslim and Christian Palestinians in their discriminatory policies to push non-Jews out of Israel and as they take more land. The Israel-Palestine conflict is both about religious and racial discrimination and a dispute over who owns land.

But behind this major conflict which consumes most of the world’s attention is another battle between extremist Muslims and Christian Arabs. The extremist Muslims have attacked Christian Churches not only in Arab countries like Egypt, Lebanon, Syria and Jordan, but in the sacred war-torn zone of Palestine and Israel, too. Christian Churches were destroyed in the Gaza Strip. And a Church that the late Palestinian President Yasser Arafat promised to the meager Christian Palestinian population in the Gaza Strip has never been built because of opposition from Hamas. The opposition comes from the fact that Arafat proposed building the Christian church next to the Amin Mosque in Abu Mazen Square in central Gaza City. (Click to read more about the controversy.)

Under Hamas, the population of Christian Palestinians has dwindled as fast as it has under Israeli oppression. In 1997, there were more than 5,000 Christian Orthodox Palestinians living in the Gaza Strip. Today that number barely surpasses 1,500. Hamas fanatics have persecuted Christians not only in Gaza but also in the Palestinian West Bank. 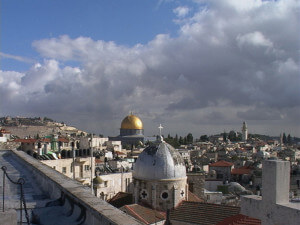 Worse is the quieted oppression of Christians living in Taybeh, the only and last remaining all-Christian village in the West Bank. The mayor of Taybeh and residents there have been the constant target of vandalism and threats from extremist Muslims. The mayor’s car has been burned by arsonists several times.

These are only but a few of the incidents that have taken place that the Arab World media refuses to cover, and that pro-Arab activists believe will undermine their “sacred cause” if they are aired. So the activists prefer to silence anyone who speaks out against Islamic extremist persecution of Christians in the Arab World, pretending that if they don’t talk about it, it might stop. But it won’t stop. It’s getting worse. And this week, it will be the focus of Pope Francis’ visit to the Holy Land of Israel, Palestine, Jordan and the Arab World.

Why do these Christians and Moderate Muslims want to suppress any reporting of extremist violence against Christian Palestinians?

Because the Palestinian activists are uncertain in their moral and principle confrontation of Israel. They are afraid that if someone points out that discrimination against Christian Palestinians exists, it weakens and undermines the “Arab cause” against Israel. The extremists are attacking moderate Christians like myself and the moderate Muslims and even radical non-sectarian activists are attacking Palestinians like me because they would rather that this problem would go away.

But instead of going away, the problem has worsened. Attacks against Christians by extremist Muslims has increased, not decreased. But there is less discussion about it. Those who try to raise the issue are viciously attacked by fanatics and extremists whose only real priority is to “kill the Jews.”

Too many of the pro-Palestinian activists are driven by hatred. They don’t just hate Israelis. They hate Jews. They want to eradicate and destroy Israel and then replace it. But replace it by what? Another Islamic dictatorship that range from moderate Monarchies, like the one in Jordan, to fanatic dictatorships like the one in Syria?

The principled position is to speak out against extremism no matter what the religion. If they are Jewish and Israeli extremists or Christian or Muslim or Arab extremists. Extremists are extremists. They are the cancer that has fueled the conflict in the Middle East.

While Israel is willing to address the violence against Christians, they are doing it somewhat hypocritically. Israel wants to drive a wedge between Christians and Muslims, those who oppose my views argue,  believing that might weaken the Palestinian cause. But that’s not the truth. The truth is Israel fears that one day Christians in the Western World may one day wake up and realize that their Christian brethren are being persecuted by Israel and that Christian Holy Sites are being targeted by growing Israeli extremism.

So many Christian and Muslim activists don’t want other Palestinians to be raising the issue. They want to see the opposition to Israel grow. But that’s a sickness to close your eyes to immoral racist behavior only to preserve your own political position?

The activists should be cleaning their own house and doing it quickly, addressing the issue of extremist Muslim attacks against Christian Palestinians and Christian Arabs throughout the Arab World. If they did that and confronted the Muslim fanatics, they would be more successful in confronting israeli fanaticism. 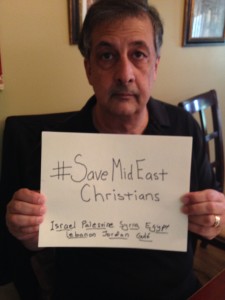 By berating those who try to confront anti-Christian discrimination in Palestine and the Arab World, the misguided activists — some of them are Christian — are only helping to ensure that Israel will continue to defeat the Palestinians resulting in a Palestine that exists only in the anger and hatred of the diaspora.

Israel is discriminating against Muslims and Christians. But confronting discrimination by Muslims against Christians does not weaken the moral fight to make Israel a better place or to end Israel’s oppression. It reinforces that cause. Refusing to speak the truth however undermines the campaign to expose Israel’s oppressive policies.

If we can’t speak out to defend Christians in Palestine, then they are reinforcing Israel’s fight against Palestinian statehood.

(Ray Hanania is an award winning Palestinian Christian whose family originates in Jerusalem and Bethlehem. He is the managing editor of The Arab Daily News at www.TheArabDailyNews.com.) 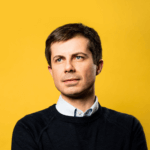