The World Health Organization estimates that over 800,000 people die by suicide each year – that’s one person every 40 seconds.

Every suicide is preventable.

“Connect, Communicate, Care” is the theme of the 2016 World Suicide Prevention Day which falls on September 10. 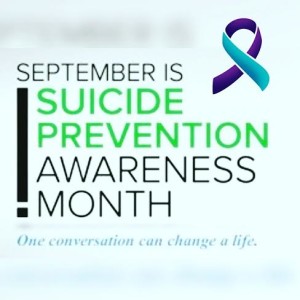 This reporter will be in Colorado that day seeking to end the nearly 50-year USA Government cover-up, which is at the root of USS Liberty Veterans with PTSD/Post Traumatic Stress Disorder.

The LIBERTY veterans Post Traumatic Stress is very much in order due to the mistreatment they have received beginning with the LBJ Administration who was willing to sacrifice America’s finest rather than “embarrass an ally” who had been intent on capturing the Golan Heights on 8 June 1967;

But instead Israel attacked America’s then premier spy ship as she navigated in international waters, killed 34 and wounded 174 servicemen.

The US Government denied the Navy’s duty to Liberty by calling back the rescue teams who were intent on “being there.”

Under the hashtag #BeThere, the U.S. Department of Veterans Affairs is reminding people the first step to suicide prevention is “being there.”

A caring presence is crucial in preventing a suicide, which is always a family matter.

Thirty years before my brother moved from Florida to California, I thought he was no more neurotic than I and we come from a long line of neurotics, depressives, alcoholics and writers you have never read. 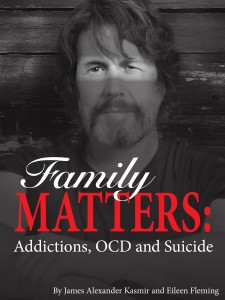 My brother did NOT communicate with me or our brothers that he had recurrent clinical depressions and was on daily doses of Physician prescribed antidepressants, tranquilizers and had battled a six-year opiate addiction with alcohol.

On 11 February 2015, while in a drunken stupor my brother put his head into a noose and closed his throat for the final time.

Around 1:30 AM the following day, I learned about my brother’s death because a ‘friend’ of his posted it on Facebook and after my daughter in Nashville read it she phoned me in Florida to learn more.

I phoned my other brother [who lived three hours away from Jim] and his shock moved me rapidly through my denial.

Three days later I was insane with grief and anger.

I thought I had worked my way through it by publishing Family Matters: Addictions, OCD and Suicide, but I was wrong.

Fourteen months after my brother’s death I was diagnosed with Post Traumatic Stress triggered by an overload of stressors but exacerbated by just one Vodka Tonic, so I do NOT drink anymore.

Three years ago I began the practice of yoga and gradually lost my desire for Vodka, which had become a daily habit decades prior.

I began the practice of yoga instead of undergoing bilateral total knee replacements.

I had been hard on my knees and thus destroyed all my cartilage causing bone on bone grinding.

I also was diagnosed with end-stage osteoarthritis in my shoulders by an orthopedic surgeon who beamed when he said, “Some people just grow arthritis. We’ll do your knees now and your shoulders later.”

Instead of surgery and pain pills I changed my ways and began the practice of yoga at a local studio.

Through the nightly practice of Yoga Nidra I was blessed with a solid seven hours of sleep instead of the four hour nights I had attributed to writer’s insomnia post 11 September 2001.

Over the last six months my every day begins with at least one twenty-minute silent or guided meditation session, and in between writing I do an hour of gentle stretching, yin yoga and either two two-mile walks or an hour of aerobic movement in my back yard pool.

Being a writer, most of my day is also spent in silence reading, writing, editing and thinking.

This week I learned that just two days off my schedule can trigger my Post Traumatic Stress because it happened at 1:30 AM Sunday.

My husband, emotional support dog Jax and I flew from Orlando to Seattle last Thursday night for a family wedding weekend.

I crawled into a soft lumpy bed around 3 AM Friday and woke up at 6 AM.

In Florida I am in bed before midnight practicing a yoga nidra but as my body was in Seattle, it felt like 3 AM when I climbed into bed at midnight Saturday.

However, five inebriated females triggered me back to the very morning that I learned my brother had died;

But before the ‘sniper fire’ the five partiers had graced me with the opportunity to practice three yoga nidra’s in a row by way of YouTube’s through my IPhone ear-buds and maxed out volume.

I dozed a few minutes between nidra sessions but three times was awakened by babbling voices, raucous laughter, screeching chairs and pounding feet that tread upon the wooden floor above the soft lumpy bed where I had practiced three yoga nidra’s in a row!
At 1:15, the revelers above the soft lumpy bed compelled me up the stairs to beg their mercy upon those who were trying to sleep downstairs.

The racket above intensified and at 1:30, I went back up to plead again and was told: “Relax and have a drink!”

I exploded with a “Fuck You!”

The five females roared with laughter.

I bid them all a “Fuck you all” and returned to my dungeon.

I paced the floor trying to practice “going to neutral” as I learned through HeartMath and wrote about in Wabi Sabi Body: Eternal Spirit.

However I could NOT focus for more than five breaths before reliving [in my imagination] my brother with a noose around his neck.

But then, I saw the trigger was also the joke:

But being a newly devout TeeTotaler I needed to live elsewhere and I also know the quickest way to get my mind off of my pain is to focus on the pain of others, which leads me back to the USS LIBERTY and what I learned at “High Society” in Anacortes, Washington.

Mora said the Veterans request “CBD all the way” and he explained that CBD is the non-psycho-active compound in cannabis that relieves multiple types of pain.

CBD stands for Cannabidiol and is one of over 60 compounds found in cannabis that belong to a class of molecules called cannabinoids.

Of these compounds, CBD and THC are usually present in the highest concentrations, and are therefore the most recognized and studied.
Cannabis grown for recreational purposes often contain more THC than CBD.

By using selective breeding techniques, cannabis breeders have managed to create varieties with high levels of CBD and next to zero levels of THC.

Unlike THC, CBD does not cause a high and has minimal side effects.

A 2011 review published in Current Drug Safety concludes that CBD “does not interfere with several psychomotor and psychological functions” and several studies suggest that CBD is “well tolerated and safe” even at high doses.

CBD also reduces the negative effects of THC such as memory impairment and paranoia.

Because of USA Government regulations on cannabis clinical studies have not been conducted to determine CBD’s effectiveness, but the USA Government could learn much by connecting, communicating and caring for Veterans using cannabis for pain.

I purchased a small bottle and choked down a half dose of Chronic Tonic [tastes like a burning skunk smells].

After two hours I felt no different, so I gagged down a full dose before I crawled into bed at 10:45 and slept until 5 AM, when I awoke energized.

I attributed the greatly decreased pain in my neck and shoulders were due to six hours of restorative sleep and my happiness was because I was going home!

However, because of my exceptionally patient wait to clear security before reaching the closed door to my plane and NOT experiencing the slightest twinge of frustration undergirded by a sweet equanimity throughout the entire seven hour flight with a 15 pound dog on my lap:

I conclude Chronic Tonic is good medicine and my husband, an Internist agrees!

This story will be continued September 11 weekend from Colorado as this reporter pursues the Establishment of USS LIBERTY Remembrance Day and seeks to end the stigma of mental illness and federal regulations on cannabis . Details HERE

Data on anti-Muslim racism being distorted for politics American Arabs