Politics on the French Beach. The French are afraid for their Christian identity, hence the Muslims and the Arabs seem to threaten changing France’s rich political culture, its custom and societal fabric.

The question of the “Burkini” and what a woman has to wear on the beach and in the French public sphere has become an imperative discourse in the French primaries’ presidential election campaign this fall. The conventional center-right candidates and their lieutenants are pushing hard in order to pass the far-right darling girl of the rejectionists.

Meanwhile Ms. Le Pen is tranquilly enjoying the summer and the French wine with her family and supporters, because the FN rhetorical message about the “OTHER” and the French identity are flashing in every political meeting’s opening statement and punch-line of the LR candidates’ folkloric speech.

Muslims are practicing their religious belief in the Mosques. Hence a small minority of Muslim women thought the values of the Republic wouldn’t clash with their new fashion attire at French public swimming pools, lakes, and  splendid beaches, hoping in the name of secularism that their resolve would be a light breeze in an otherwise unspoiled summer pastime.

But the French white politicians and simple citizens are saying “no,” not on the beach, nor in the restaurant, the school and the university — they are afraid for the French Christian identity — hence the Muslims and the Arabs seem to threaten changing France’s rich political culture, its custom and societal fabric. 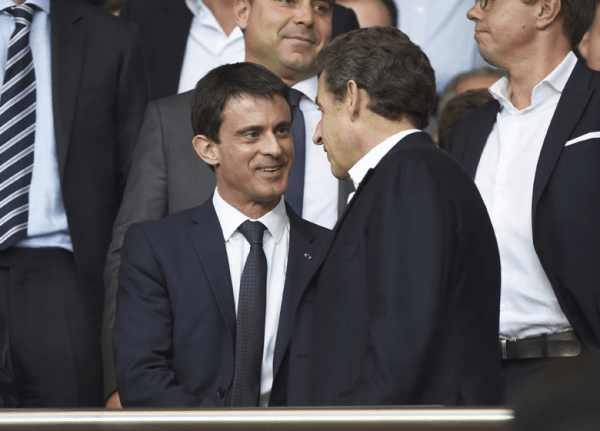 To the point, last Sunday, France’s Premier, Mr. Valls, brought his personal ingredients to the French ratatouille dish. He wants to liberate the Muslim woman, wants her topless like Marianne: “Marianne has bare breasts because she feeds the people, she does not wear a headscarf because she is free.” So Premier Valls told a group of supporters during a public speech in Colomiers (Haute-Garonne), and continued, “That’s the Republic.”

Apparently the April, 2017 presidential campaign is taking place on the beach and it is obvious that Mr. Valls aspires to be the Socialist party candidate if President Hollande won’t run (and it’s likely the case). The Sarko of the left is like a super-Sarko, an opportunist,  so this is the one.

Even a former premier Mr. Fillon was bitten by a crab, another candidate for the primaries in the LR party field. However, this electoral theme is clearly not about the Burkini, Hijab or Halal meat, as if the French just discovered that the new generation of Muslim women are simply showing their modesty by further provoking the French values.

Meanwhile integrating the French Republican values that are grantees in the French Constitution and the sacrosanct laïcité spirit, the Muslim woman wears Hijab in public, and nowadays Muslims in large majority buy their meat from their fellow Muslims’ butcher shops and eat Halal.

All these so-called radical social and cultural behaviors are not illegal or shocking to the point where the French political establishment and media scream, “end of the Republic” and “Muslims are here!” as a young Muslim woman, a social worker and a member in a local Inter-faith group, put it. 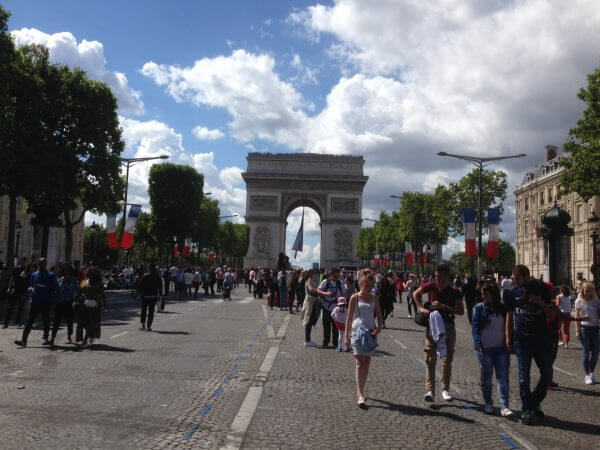 According to Muslim university scholars, Imams, and community organizers with whom I spoke in the banlieue, this question is a banal one at best and it should not be in the public “debate,” thereby politicians are going too far.

Nabil, an engineer at Microsoft, and Nissa, a business lawyer in the 8th arrondissement, living in the (93) suburbs of Blanc Mensil,

responded, “they (politicians) asked us to integrate and we did, Nissa told me. “I am a vegan, yes, I eat Halal when I’m invited to dine at family and friends, I swim with a bikini.  We (her husband and three kids) just got back from Antibes in the French Riviera.”

“Although, the attitude and public policy proposals of these ignorant politicians make me think, next summer I will wear a Burkini.” and Nabil continued, “if they continue on this note all their values will disintegrate like a dead body…”

Nonetheless, there is something new here, in terms of lexicon and cultural elements. French people and their politicians are finally expressing their true sentiment and thoughts towards the Muslims and the Arabs. This is not about integration nor assimilation, it is about acculturation. This experience did not work when the French politicians tried it in the 60’s and early 70’s, for example, the ruse with the Harkis’ children, taking Christian names and manifesting an anti-religious comportment.

It seems what Muslims and Arabs are facing these days in France reflects the unforgettable images from America’s shameful era of the 50’s and 60’s when black people were banned from restaurants and beaches. On this note last week a French white restaurant owner in Tremblay-sous-France (Seine St. Denis) northeast of Paris, refused to serve two Muslim women wearing Hijab; he explicitly associated terrorism with Islam.  That was his reason.

Unlike in the U.S. of that era,  French rules and laws are shutting down the panicked politicians so that the Mayor who initially banned the Burkinis and those mayors who followed suit were all suspended by the highest administrative court in the land, Le Conseil d’État, which has made an end to this annoying spoiled summer political episode, at least from the legal standpoint.

This faux debate still registers on the trajectory of the French identity, indeed the politicians themselves are in a deep identity crisis, lost in the political program and the project, in other words, bankrupt — stigmatizing the Muslims and Arabs revs up to high speed prior to every election.

In lieu of having a serious debate about this thorny theme that has been going on like a chronic disease in French society for the last three decades, the immigration issue under former President Sarkozy’s administration passed all imagination and is back in his party primaries.

His incompetence and political calculation have pushed him and Premier Valls to an impasse. So relaunch the question of the integration of Muslims and Arabs, who once were told, get integrated if you want to be one of us.  Now they are telling us, take off your clothes! How does one expect to assimilate in a message grounded in prejudice, whose political fundamentalists find their civilizations clashing over a piece of cloth?

If the right-wing, the distrusted Premier Valls and their challengers of the radical left, Mr. Mélenchon, and recently the intello of the French political establishment, former Hollande Economy Minister Mr. Macron (Mr. Macron resigned while these lines were written) act like they think.

The extreme-right fringe think that the summer episode of the “Burkini,” like that regarding Halal meat a couple of years ago, and the two sisters’ “High School Veil” saga twenty-seven years ago, will boost their numbers in the polls and seduce the French to vote for them in April, 2017 — then they should know better the French saying that “ridicule does not kill,” but here it  could, and it is not going to be on the beach.

When did the Super Bowl become a political football? Bloggers