Berqas and the Tolerant Letterboxes

Berqas and the Tolerant Letterboxes A British official’s derogatory remarks about the wearing of berqas (burqas, burkas, facial coverings) have ignited a firestorm of criticism and a discussion about the boundaries of religion, politics, and tolerance. Guest columnist Maen Alhusseni speaks to the racism of the issue By Maen Alhusseini Former foreign secretary and British…

Politics on the French Beach

Politics on the French Beach. The French are afraid for their Christian identity, hence the Muslims and the Arabs seem to threaten changing France’s rich political culture, its custom and societal fabric. By Abdennour Toumi The question of the “Burkini” and what a woman has to wear on the beach and in the French public sphere…

Beauty Pageants and the Ugly Debate 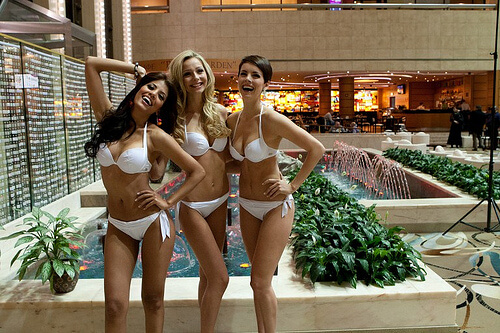 By Ray Hanania I used to watch beauty pageants purely for entertainment. But in recent years, they’ve become the focus of a cultural debate between the Arab world, and the rest. The Miss Universe Pageant was held Sunday in Doral, Florida in the United States. It featured 88 female contestants competing in categories involving their…