Over the course of decade since the law has passed, the discourse surrounding it has become increasingly centered on the hijab, the Muslim veil representing religion and womanhood, which covers the head and neck. Suggestions arose that the hijab is imposed upon Muslim women by their male family members, and that these women required liberation.

Decades ago the French Socialist government faced an unprecedented case in the French secularist education system. The case took on a political dimension, opening a chronicle debate about immigration and questions of societal behavior: particularly whether girls with immigrant heritage would integrate and assimilate into the French Republic’s values.

It was known as the Islamic Scarf Case (l’Affaire du Foulard Islamique).

The debate was about legislating to ban any ostensible religious signs within the public school. Thus the debate went on around the “an’neqab,” or as the media calls it, the “burqa’a,” which then-President Sarkozy decided to make illegal in public spaces. Similarly, the Belgium parliament passed a law to ban the wearing of an’neqab in public.

According to French media reports, there are about 2,000 fully-covered veiled women in France, and many of them are Caucasians, French natives converted to Islam. The bill passed in the French Parliament and became law, but how would the law be enforced? It clashed with French Marianne’s motto: Liberty, Equality, Fraternity. This is pre-Paris attacks mode. Today, Security, Security and Security.

Then how did the French police deal with the Saudis, Qataris and Sultanate Oman Sheikhat, who come to Paris to shop and enjoy the chic boutiques on the Champs-Élysées? On this matter President Hollande’s Family Minister ventured an opinion comparing Muslim women, who wear hijab to “negro women that supported slavery,” in the wake of some worldly haute couture ready to do business with covered Muslims and make them look elegant. 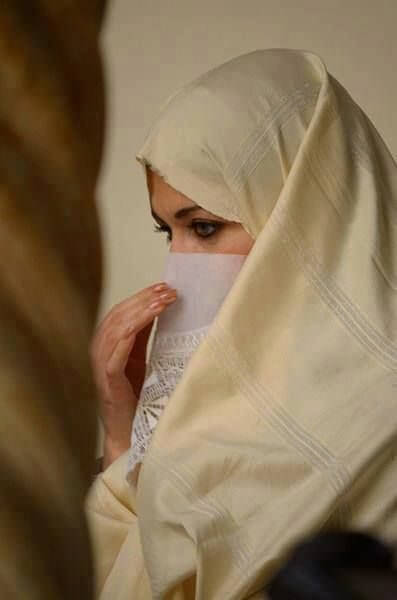 Wednesday Premier Valls, in a newspaper interview with Libération, wants to reform Islam of France, which in his eyes is not secularist enough. Hence his statement has sparked controversy in the Muslim community milieu by suggesting the Muslim headscarf should be banned in universities, since a majority of French people think Islam is incompatible with the values of the Republic.

Currently, the Socialist Premier and his President are under pressure over the hotly-contested labor law reform. Growing square protest movements (Nuit debout) have stirred the hive and reopened the divisive question of whether students could be banned from wearing headscarves at French universities.

The question of the headscarf is more than just an electoral agenda. The aim of the matter is to ban it in universities as it is banned in public servant offices. For example, Muslim women, who have an appointment with their local major in his office should take off their veil. On the other hand, it is authorized to be worn by Muslim women employed as cleaners in public train and metro stations!

A secular country like France has a large number of supporters from diverse directions, such as the opposition center-right, the extreme right wing, the nebulous left parties, and the liberal feminists. This political noise give a counter argument to the purist/Islamists and, to some extent, to the Muslims, who see this fight as an alibi to target Islam and stigmatize the Muslim community in France.

Nevertheless, the question of the headscarf like an’neqab puts one’s freedom of expression in doubt and would clash with the secularists’ and the feminists’ arguments, who don’t want a puritanical ideology taking advantage of Marianne’s generosity and freedom. 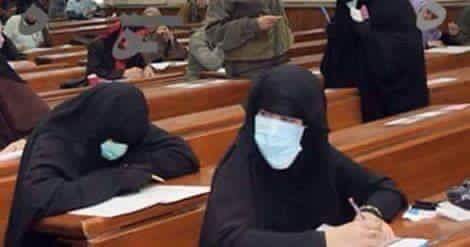 Has the concept of secularism changed? Or are the purists simply benefiting from the freedom that they lack in their parents’ and grandparents’ native Muslim countries? The question really belongs to the women, who decide to wear a veil. According to Islamic doctrine and jurists, it is necessary for Muslim women to “cover up” (Surat a-nour, verse 31, Holy Koran) — evidently a full comprehension of this verse involves interpretation.

This debate is heating up not only in France, but also in Muslim countries such as Egypt and Tunisia. In Egypt, an’neqab has been banned in universities and public servant services. In fact, Dr. Amina Nasseir a Parliament Member of (Love of Egypt list), argues that this tradition is a Jewish one designed to denigrate “Jewish women for their sins.”

To better understand this social phenomena, consider the history of an’neqab in Algeria,for instance, where it was only introduced to Algerian women in the mid-80’s with the so-called Salafist faction of the Algerian Islamist Movement. These adherents returned from the first Afghan War, where they were indoctrinated by the teachings of the Salafist scholars in Afghanistan and Peshawar (Pakistan).

The hijab commenced to dominate the public space, high schools, university and work-places such as hospitals, banks and post-offices. It was interpreted as a religious awakening (As-sahwa) in the Islamist milieus. For some women it is simply a practical matter; wearing the hijab gains them respect and allows them to be left alone.

Indeed the hijab topic has been going on between Islamists and liberal feminists for decades.

Starting in the 60’s, when an Algerian woman dressed as a Western woman in the street, she was called cifilisée (civilisée). Traditionalist women wore an elegant white silk cloth called a “hayek,” which Tunisian women, who wore the same thing called “safssari.” Both the hayek and the safssari were linked to the local culture and traditional dress rather than to religious expression.

The hijab has replaced the hayek and the safari and once again has become a religious symbol. Now one sees more young women than thirty years ago wearing hijab in the streets and at the universities of Algiers.  Essentially these girls’ mothers were recognized as cifilisées (civilisées) or traditionalists, while their daughters are called religiously devoted and described as neo-feminist Islamists.

However, the headscarf like an’neqab is spread among the purists only.  The history of the hijab phenomenon as a political symbol is related to the big role of Islamist ideology in the mid-70’s and 80’s, as well as through the introduction of modern tools of communication in the mid-90’s like the Arabic networks’ dishes and now the Internet. The veil is also used by the young girls of the suburbs as an identity revolt against the European political establishment.

Thus the manifestation of the headscarf in general is not about conformism, but is a religious label of the Islamic awakening in the Muslim world whether in Algeria, Tunisia, Egypt or Turkey, so argue the Islamists. Yet one should look at the question not as an ideological struggle between the secularists and the purist/Islamists, but its use as an ideological banner to challenge the tyrant regimes in the Muslim world and as a reaction to the rejection of immigrants in host countries of Europe. 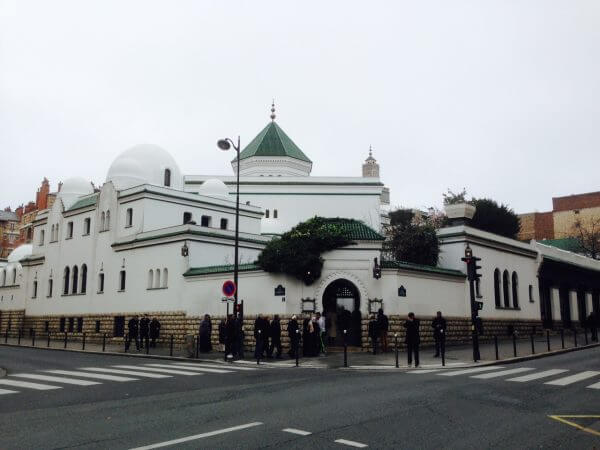 The question needs a constructive debate, which is not approached through political games and racial amalgams. After all, it is an invasion of privacy and affects freedom of expression. As Ms. Vallaud Belkacem Education Minister put it to her boss’ proposal, France is heading to be the top xenophobic country in Europe, though the French politicians like to capitalize on the issue because politically it sells.

When Tunisia and Turkey banned the hijab in school and public office, veiled girls could not attend their classes unless they signed a legal document (el-tezam) with the local police. Their choice: either not to wear the hijab during class or face expulsion, a choice between education or the veil.

The question is thorny and is dividing the politicians in France and elsewhere in Europe; the danger is whether the French Socialist government will legislate to ban an’neqab/jilbab/hijab in the universities or stay out of it. At the end of the day, the situation will play out favorably either way into the hands of the purists.