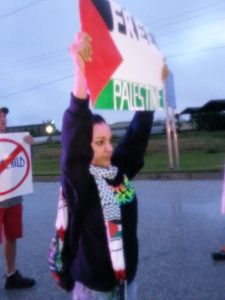 It’s a silly thing how only drag queens smoke shisha in America. I mean, drag queen in Palestine smoke it too with other non drag queens. By the end of the day, no one wonders why their phones’ covers are crystalloids. He smokes it too and Alice does as well.

So basically, being a graduate from a Palestinian university and taught by who was taught by Foucault, Lefebvre and Derrida; he was good in English. He, nevertheless, was panicking about it- or feeling panic.

“How deep the rabbit hole?” she wondered.

When architects become writers, they tend to/have the tendency to obsess about Wonderland. When they do, use exorcism. After all, most architects are atheists: non-religious and non-believers. Zaha Hadid, Le Corbusier, Frank Lloyd Wright and Rohe among other famous architects and landscape architects/planners who have done that.

“Cross referencing, after all, is cool and graphically appealing. “ she wondered.