Thanksgiving season took a left to the liver on Friday night in the worst peacetime attack in France since World War Two.

France’s President described ISIS actions as “an act of war” and on Sunday French fighter jets dropped twenty bombs on ISIS sites in Raqqa, Syria and destroyed all targets.

Closer to home, on Sunday I attended ‘church’ at a neighborhood yoga studio which is surrounded by churches of many denominations.

Up until my first of eight trips to Israel Palestine I had been a ‘church lady’ and a youth Sunday school teacher. I never returned to that or any church after my first 16 Days in Israel Palestine because the Jesus I met in the Little Town of Bethlehem was a social justice radically nonviolent Palestinian devout Jewish road warrior who agitated Temple and State, which is NOT the Jesus preached about in USA churches.

However, I found a spiritual community and physical rehab center at my friendly neighborhood yoga studio. Yogi Gina’s Soulful Sunday class was attended by fifteen ‘strangers’ who united through focused attention on our own slow steady deep breathing holding the intention that we and “all beings everywhere are free and happy, even those we do not like and who do bad things” yogi Gina said and then this quote of John Lennon’s passed through me:

“Reality leaves a lot to the imagination.”

I forgot all about Lennon and ISIS until the end of class, which always ends in Savasana or corpse pose. 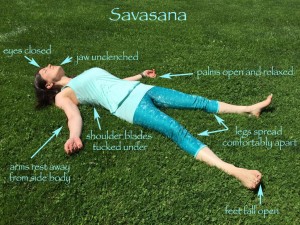 But on this Soulful Sunday, John Lennon’s IMAGINE concluded our class and overfilled me with gratitude for “the peace that passes all understanding” which I found through the practice of yoga, controlled breathing and meditation which is freeing me from a long held desired outcome: living to see the end of USA collusion in Israel’s nuclear deceptions and occupation of Palestine!


In this season of Thanksgivings I must express my gratitude for the friendship and mentoring of Dr. Khaled Diab: a 1948 Palestinian Muslim refugee from the Galilee whose life inspired KEEP HOPE ALIVE because he modeled what Jesus taught better than most Sunday go to church Christians I have known.

This Thanksgiving season I imagine there will be many more victims of violence in France and because of the millions of refugees fleeing Syria, Yemen and other countries to escape violence. Terrorists act to divide and misuse religion to instill fear and amplify hate.

When I wrote the last word in KEEP HOPE ALIVE my first and so far only fiction, my IMAGINARY friends: Riad, Jack, Terese, Jake, Kat and Brother Harold went silent; and that is when I began to write articles and non-fiction books.

What follows are my last words in KEEP HOPE ALIVE from the chapter ALL I’VE GOT [and it is!]

“Look, for years I was the proper Episcopalian wife and mother and did all the little things I saw to do and kept my mouth shut about all the injustice and hypocrisy around. But I wrote it all down in my Official Mead Composition Notebook for all these years and because a proper Episcopalian wife and mother does not say, much less think such things I wrote down, I had to burn them; they were too inflammatory! But ever since I switched to TOP FLIGHT Composition books out of Chattanooga, Tennessee, something has come over me. I must now give voice to the words that spill out of me, I must break silence.”

Jake groaned, “But do you see the road ahead of you, have you considered the cost? You have always been impulsive, but you went about it in a quiet unobtrusive and little way, you never caused a stir. Somethings changed and I think I want you to have a brain scan, you know, make sure you don’t have a lesion that is making you wackier than you have ever been before? If you check out Okay, then there has got to be another reason why an old woman who has the easiest life around wants to agitate the status quo. I wonder what are you getting out of it Terese, what motivates you old woman?”

Terese sighed then looked directly into Jakes cerulean eyes and softly spoke, “Let me play you another poem for I think it will answer your concerns.”

She picked up her red guitar then strummed the chords to “All Along the Watchtower” and began to sing just a breath above a whisper:

“All I’ve got is a red guitar, Three chords and The Truth.

All I’ve got is my bleedin’ heart, and a voice cryin’ out of the wilderness to you.

I see there is a way out of here,

A way to get some relief; listen to me for

So small as to indwell the heart of every atom,

Yet I AM beyond your comprehension.

Listen to me and hear Wisdom calling from the highest point of the city:

‘Wisdom has built her house and She calls to all; “Come, eat my food and drink my wine and you will live abundant life and walk in the ways of understanding’” [Proverbs 9: 4-6]

Who was with The Word from the very beginning

She is One with Him and He with Her

One Creator; One Lover of All the Human Family.

Brother, I see you lookin’ at me like you think I’ve skated off the edge and maybe I have,

What’s it to you? But let me tell a little story to illuminate you

If you haven’t heard the one about the Rabbi Hillel,

Who lived 100 years before The Christ walked the earth

Let me tell you,

That wise Rabbi knew that the Hebrew understanding of Hokema; Holy Wisdom; The Feminine Divinity

Was the same as the Greek understanding of The Logos: The Word

It was gospel Paul and John who first understood

The Word was good and

The Word was The Logos

The Word is The Christ

It was John on Rubber Soul who intuitively knew:

Little children, listen to me and use your IMAGINATION,

Can’t you see that before Christ walked the earth a man,

He was already a She: Hokema, Holy Wisdom; the Feminine Divinity

And isn’t that Good News?

The God Head is One Pure Being; as much male as female as much mommy as daddy.

And ‘He is the oldest personality because He is the origin of everything; And everything is born of Him. He is the supreme controller of the universe, the maintainer and instructor of humanity. He is smaller than the smallest.’-Bhagavad-Gita

He indwells the heart of every atom and She is beyond the Universe.

She is rattling your windows and shaking your walls

With some more good news of the

And three always beats one

And not just that,

I’ve got a fourth!

Listen to me, God is within every sister, brother and all Creation,

Wake up to your own divinity and get a clue Christian:

Dominion never meant to rape and plunder, but to nurture, care and love

And we have been warned that there will be much wailing and gnashing of teeth by those who were so sure they were in, because they are the ones left out!

WAKE UP Christian and hear the wind begin to howl!”

Jake moaned, “You sound like a prophet and you know what happened to the prophets, right?”

Terese laughed, “Jake, remember John Belushi as Jake Blues in the good Blues Brothers movie? Remember when he kept saying: “I am on a mission from God?” That is exactly how I feel, I am on a mission to shake up the annual church talent show this year. I am doing something more than make the coffee and clear the tables, I am going to do my little poem and what do you think will happen?”

“I think you will get stoned.”

“Jake, I don’t care the least what anyone thinks of me as long as they do some thinking!  It is their apathy and passivity that I am confronting. Their luke-warmness makes me want to puke! I have no patience any longer with comfortable Christians[ they need to be agitated into deep thinking and doing The Beatitudes. Christ promised that the peacemakers are the children of God and he said that; “I came that you would have life to the full; abundant life.” And that takes thinking deep and action!”

“You may be half way to being a saint, Terese, for I am convinced that there are really only two sins; selfishness and being boring, and you certainly are not that.”-End of Keep Hope Alive]

You must give birth to your images [imagination]. They are the future waiting to be born. Fear not the strangeness you feel. The future must enter you long before it happens.