Lebanese American Congressman Charles W. Boustany filed a notice with the Federal Election Commission to run as a candidate in the Spring for the U.S. Senate representing Louisiana

Congressman Charles W. Boustany Jr., M.D., one of only seven American Arab members of the U.S. Congress, officially filed disclosures with the Federal Election Commission that he will run officially as a candidate in the Republican Primary for the office of U.S. Senator from Louisiana.

A cardiovascular surgeon with more than 30 years of clinical experience, Boustany was was first elected to Congress in 2004 representing Louisiana’s Third Congressional District and covering South Louisiana.

During his career in the Congress, Boustany has championed health care reform, international trade, tax reform, and sound energy policy focused on building a comprehensive vision providing solutions for all Americans. As a member of Congress, which has 435 members, Boustany is a part of the seven-member American Arab caucus that includes only one Democrat and five other Republicans, including two others representing Louisiana.

In fact, Louisiana has more American Arab congressional representation than any other state, although Michigan has more elected officials including local and regional elective office. (Click here for details.) 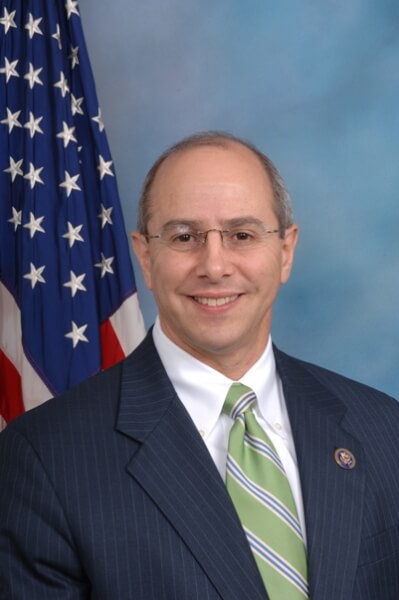 Serving as a senior member of the House Ways and Means Committee and as Chairman of the Subcommittee on Oversight from 2011-2014, Congressman Boustany played a pivotal role protecting taxpayer dollars by rooting out waste, fraud, and abuse in federal government programs including Medicare, Medicaid, and in entities such as the Internal Revenue Service. Boustany has been regularly recognized by his House Republican colleagues for his strong conservative leadership on these issues. Currently Congressman Boustany serves as the Chairman of the Subcommittee on Human Resources, where he is examining ways to make the federal welfare program work more efficiently and more effectively as a hand up from poverty,not a hand out.

Additionally, Boustany sits on the Ways and Means subcommittee on Trade. Boustany’s focus on international economic affairs allows him to be a strong voice on matters of foreign and domestic trade to expand markets and business opportunities for U.S. produced goods and services. Coupling his interest in revising the federal tax code to make it easier for American businesses to compete, Boustany seeks to promote an atmosphere of job creation while maintaining American competitiveness.

As a heart surgeon, Congressman Boustany understands the importance of healthcare and is at the forefront of health care policy in Congress.  He believes the patient-doctor relationship is the most critical component of healthcare and has worked to implement patient-centered health care solutions.  Increased access to tax-free health savings accounts (HSAs) represent one opportunity for patients to strengthen their control over their health care decisions, and Boustany introduced legislation allowing seniors and veterans to participate.

Congressman Boustany was raised in Lafayette and received his bachelor’s degree from the University of Southwestern Louisiana (now the University of Louisiana at Lafayette) in 1978. He graduated from the Louisiana State University School of Medicine in New Orleans in 1982.  He returned to Lafayette in 1990 and began a successful medical practice.  For fourteen years, he ran a small business and was committed to helping others by providing the highest quality healthcare to his patients and the community.  In Congress, Congressman Boustany is committed to serving the people of South Louisiana with the same dedication and care that he provided as a surgeon and community leader.

Charles and his wife Bridget reside in Lafayette and have two adult children.

Boustany is expected to formally announce his candidacy for the U.S. Senate representing Louisiana at a press conference scheduled for Monday.