The Le Pens’ political ascension in French mainstream politics and societal-change behavior has been exponentially increased since the Battle of Paris, attacks on Muslims and anti-immigrant sentiment.

The National Front extremist-right party has provoked a significant societal development in the wake of the December 6th regional election, winning the first round and taking six of France’s 13 new resettlement regions.

The regional vote may reshape the political landscape, making French politics a three-way race as it gears up for the presidential elections after decades of domination by the socialists and mainstream right-wing.

French regions manage local transport and economic development as well as high schools and vocational training, with beefed-up powers after a reform that redrew the map of France and cut their numbers from 22 to 13.

The vote was the first time an election had been held in France under a state of emergency.  Security was stepped up at polling stations, with thousands of police and soldiers patrolling in Paris and security guards checking voters’ bags.

The FN’s expected landslide win showed its greatest performance ever for anti-immigration, anti-European party and anti-establishment populist party. If it maintains its first-round strong lead next Sunday, it definitely would reshape France’s political landscape, which has already put the so-called conventional parties in a panic zone.

Last Sunday’s election was anything but regional.

It was clear the post-November 13th Battle of Paris terrorist acts were unarguably the driving cause-and-effect of the win for Marine and family, which pushed a hardline stance on Muslims, national identity and security; a political trap even the LR and PS parties fell into the FN all populism.

President Hollande immediately established a state of emergency following the attacks, and acting like the “George W. Bush of France,” and the leader of the LR party got back on his battle horse to chase the “other,” an easy target of France’s malaise, in a desperate effort to contain Marine and Marion.

Ms. Le Pen, the party leader, scored a personally high performance of more than 40% in the northern region of Nord-Pas-de-Calais-Picardie, the poorest region in France with a population of six million. Following her substantial win she announced that her party was now “the first party of France.”

The northern region, a leftist bastion, was hit recently by the closure of heavy industry and consequently suffered above-average unemployment and poverty rates. Le Pen, who gradually built up a far-right grassroots-xenophobic message would probably be the region’s President next week.

She benefited also from the mistakes of the socialists and the so-called moderate-right politicians for their politicking game, trading on the misery of hundreds of Afghani, Eritrean and Sudanese asylum seekers, who got stucked in the seaside city of Calais trying to slide into the U.K.

Her niece, 26-year-old Marion Maréchal-Le Pen, is currently an MP of the Vaucluse’s third constituency, the heart of the Provence and the FN’s darling girl, eloquent and demagogue like grand-pa and aunty Marine. Ms. Maréchal won above 40% and could also win the presidency of the southern region of Provence-Alpes-Côte d’Azur, which includes some of the wealthiest areas including the French Riviera.

During her campaign, Maréchal-Le Pen said Muslims could not be French unless they “yield to the manners of our way of life” inherited from France’s Christian traditions.
The final result will be decided in a second-round vote on December 13th. Whether FN can transform its first-round score into winning control of other regions depends in part on how far other parties are prepared to team up to stop the bleu marine tide. 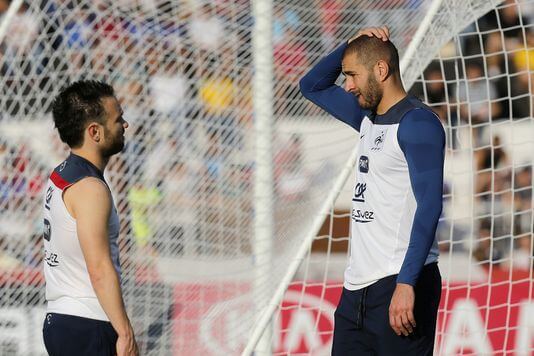 The FN’s historic score comes just 18 months before the French Presidential election of 2017 and is an important indicator of the political mood in France. Now, if the far-right manages to take control of regions on Sunday December 13th in the final-round vote, it will cement its unrelenting grassroots-rise across France and its quest for power nationwide.

This is due to the strategy of Marine and her lieutenant, Florian Philippot, a young ambitious politician and former socialist militant, who is also running to preside over the big east region on December 13th. He will be sitting in Strasbourg, also the site of the EU Parliament.

Marine Le Pen’s ultimate goal is to take positions of power across the country. She hopes these regional elections will boost her chances in the 2017 presidential race where polls suggest she could knock out mainstream candidates and reach the second-round runoff like her father, Jean-Marie, did in 2002.

The Le Pens’ political ascension in French mainstream politics and societal-change behavior has been exponentially increased since the Battle of Paris, attacks on Muslims and anti-immigrant sentiment. FN’s platform centers on the refugee crisis, security, Islam and national identity.

Those main FN selling points have already registered collateral damage on Arab and Muslim communities, for instance the “Benzemagate” scandal. Karim Bemzema, 27-year-old Real Madrid and France squad striker, faces charges of conspiracy to blackmail relating to an extortion scam over a sex-tape, and is “suspended” from the French squad by an FFF decision for violating the French Federation discipline Code.

The blackmail case began in June when his teammate, Mathieu Valbuena, lodged a complaint with police after being telephoned by a man, who said he had the sex-tape.
Karim Benzema, soccer player, rap music lover and bling-bling adolescent, has been facing critics from all sides, fans, sports journalists and even to the point the French Premier had a say in this tabloid episode.

Prime Minister Manuel Valls suggested only players with exemplary records should represent France at Euro 2016 Summer. He went further and compared him to his cabinet members, good comportment oblige! “A great athlete should be exemplary. If he is not, he has no place on the French team,” the Premier declared on French radio.

Further, Benzema was criticized for spitting on the pitch at the end of the National Anthem during the team’s warm-up moments in the Ligua Classico. Whether an act of disrespect or not, Nadine Morano immediately bombarded social media with a polemic tweet: “Karim Benzema, never ever in the French team!!!”

The relationship between France and its “foreign” players, Blacks and North African Arabs, has always been troubled, particularly with Algerians. One doesn’t need to be reminded of racism in soccer, the xenophobia, nativism and loyalty.

What is regrettable in this instance is that the French soccer player was harped on by the French media. Benzema claimed he was a victim of “persecution” in the blackmail case and insisted he was innocent. “It is persecution,” the Real madrid star said on French TV network TF1. “They are accusing me, they are dragging my name through the mud as if I was a criminal. These are horrible things.”

This was put aside after the historic triumph of the ’98 squad, and one thought LePenism was over. The Black, Blanc, Beur champion of 1998, the multicultural team led by the exquisite Marseille-born Zineddine Zidane. That victory celebrated all for one and one for all, Desailly, Blanc and Zizou.

There had been a lot of talk during that tournament about immigrants and where they play. France leads the way in the number of French-born who play for other countries, twenty-six in all, fifteen of whom play for Algeria. The feeling among many in the FFF is that too  many players who can claim dual nationalities go on to play for other nations (Algeria).

Undoubtedly the lasting bitterness over the Algerian liberation war still haunts the Le Pens and today a large segment of French voters as well. But what was alarming about Sunday’s FN triumph, 34% of youth vote FN, and in light of the Benzema sex-tape scandal, 82% of the fans want him out of the French squad.

Karim Benzema is like Zizou, if they score and “shut up,” they are French, if they don’t and misbehave and head-butt, they are Arabs/Muslims.

The Le Pen dynasty is investing its political capital in the topic of national identity, betting on the number 13 to seed more fear and rejection of the “other.” In a political rally Ms. Le Pen said: “To merit French nationality, you have to speak French, eat French and live French.”

What the Le Pens are missing, de facto, Benzema and Zizou, Mohammed and Fat’ma speak French with all of France’s chanting regional accent, they eat Halal foie gras and sausage, and they live French.

No discussion of Israel or Palestine at Democratic debate American Arabs

9/11 Attacks, Twenty Years After: Where is the Wisdom? American Arabs