The first thing we take in life is a breath and the last thing we give up is a breath. But unlike any other function of the body, breathing relies equally on the voluntary and involuntary nervous systems.

In the West, most of us never focus on even one of the 20,000 automatic breaths we take a day.

In Eastern cultures, many believe one can attain enlightenment merely by paying attention to the breath.

Breathing is a cycle yet we tend to imagine that each breath begins when we inhale and ends with the exhale. 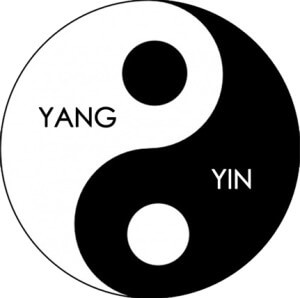 In Eastern cultures the opposite is true.

Many health disorders that plague Westerners such as irregular heart rhythms, high blood pressure, poor circulation, gastrointestinal disorders and insomnia have as their underlying cause an imbalance in the somatic or voluntary nervous system.

The involuntary or autonomic, visceral nervous system influences the function of internal organs and acts largely unconsciously to regulate the heart rate, digestion, respiratory rate, pupillary response, urination, and sexual arousal. This system is the primary mechanism in control of the fight-or-flight response which can be influenced by breath work which will immediately calm us thus enabling us to respond and not react to stressors. 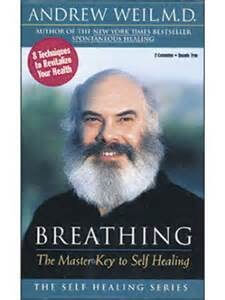 “Mainstream medicine still largely ignores the significance of breath, the potential of breathwork to influence the mind and body, and its relevance to treating some medical conditions. Learning to control and modify your breath is the best way I know to harmonize your mind, body and spirit-and as a physician, I’ve made it one of my goals to teach people what I know about this vital mechanism and encourage them to make better use of it in their daily lives.”– Breathing: The Master Key to Self Healing

I am not a physician, but I am married to one, and at the end of 2013, he opened the doors for this spiritually driven political activist, Wabi-Sabi yogi, and health reporter for the US based The Arab Daily News to introduce breathwork and the Amrit Method of Yoga Nidra to Geriatricians and their patients in Orlando and Winter Park, Florida.

According to the University of Missouri Center on Aging Studies, controlled breathing is especially important for older adults because they can lose up to 20 percent of their blood oxygen levels through the natural course of aging.

Rapid, shallow breathing often caused by poor posture and weak muscles will promote respiratory and heart disease and prevent one from maintaining an active lifestyle.

Some breath work exercises encourage holding the breath, but the elderly or anyone with high blood pressure, glaucoma, migraines or any condition, which could be exacerbated by increased pressure in the brain, should NEVER hold their breath.

The elderly also tend to hold their breath for many reasons and I am on a mission to raise their consciousness about breathing beginning in January as I lead an experience of the Amrit Method of Yoga Nidra to the residents at Florida’s premier “luxury retirement resort” The Mayflower.

To change patterns in the nervous system a consistent daily practice is required and what follows are a few breathing exercises I will introduce following this brief anatomy lesson regarding the Diaphragm:

The Diaphragm is a thin layer of muscle that separates the chest cavity containing the lungs and heart from the abdominal cavity, which contains the intestines and digestive organs.

ALL breathing depends on the diaphragm, which like any muscle must be exercised for optimum health.

Experience taught me that a daily practice of a few breath work techniques has reaped a new way of my being: instead of reacting in situations that had previously made me angry or anxious, I automatically begin to breathe more deeply and slower, thus freeing me to relax and not react to irritating people or situations that raise my wrath—which just maybe prayer in action.

The following Breath-work techniques are also a simple yet powerful form of meditation that will harmonize body, mind and spirit, which is the essence of Yoga, which balances the voluntary and involuntary nervous systems.

Breath control will help manage moods and feelings such as anxiety, anger and stress.

Everyone can increase feelings of calmness and lower their blood pressure by invoking the body’s natural tranquilizer for the nervous system through breath work whether standing or sitting.

This exercise reduces stress and calms the nervous system. Allow your breath to come naturally, quiet, and slow.

After a few minutes inhale deeply through your nose and exhale through your mouth with a loud sigh. Repeat this three times. ###
Although you can do the following exercise in any position, sit with your back straight while learning this exercise:

Place the tip of your tongue against the upper palate just behind your front teeth, and keep it there through the entire exercise.

You will be exhaling through your mouth around your tongue but simply pursing your lips slightly and exhaling as if through a small straw maybe more comfortable.

Close your mouth and inhale quietly through your nose then exhale completely through your mouth with pursed lips making a whoosh sound. The tip of your tongue ideally stays in position the whole time and exhalation should take twice as long as inhalation.
This natural tranquilizer for the nervous system subtly gains power with repetition and practice. Begin with three reps and gradually increase to eight breath cycles.

Use this breath to de-stress before you react in upsetting situations and whenever you are aware of internal tension. This technique is also highly recommended to help you fall asleep. ###

Begin by counting “one” to yourself as you exhale.

Then begin a new cycle, counting “one” on the next exhalation.
Never count higher than “five,” and count only when you exhale.

Begin with a minute and gradually build to ten minutes of this patience building meditation. ###

Since this author, senior writer, blogger and reporter for The Arab Daily News began her sixth book inspired by the practice of Yoga my favorite breathwork remains the slow, silent inhalation through my nose, a long pause followed by a deep audible sigh, because I contend a sigh is also a silent prayer:

“For we do not know what to pray for as we ought, but the Spirit himself intercedes for us with sighs and groanings too deep for words” -Romans 8:27. 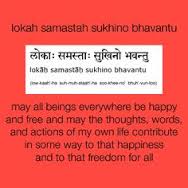 And so, I end my last article of 2014 with a deep sigh filled with prayerful longings for the breath of new life into the moribund peace process in Israel Palestine, so that as the yogis pray:

“ALL beings everywhere be happy and free and may the thoughts, words and actions of my own life contribute in some way to that happiness and to FREEDOM for ALL.”

The Islamic Republic of Iran: Forty Years Later Abdennour Toumi
Would You Like Chicken Or Beef? Bloggers