Yemen immigrant Nagi Daifallah gave his life for American cause

Forty-Four years ago today, an Arab American from Yemen gave his life for a just cause. The story of Yemeni immigrant and farm worker Nagi Daifallah’s has never been more important

“No other segment of our population is so poorly paid yet contributes so much to our Nation’s wealth and welfare,” said the U.S. Senate Subcommittee on Migratory Labor.

This segment is our nation’s farm workers. In the 1960s and still to this day, the majority of the farm workers in the United States have been immigrants, and due to limited English proficiency and an ignorance of their rights as people and as workers, farm workers have always been subject to abuse.

After decades of failed unionization in 1965, workers left the fields to strike, and consumers abstained from eating grapes and drinking California wine in an effort to win fair pay and treatment for farm workers.

Although agriculture accounted for 33% of labor in the state in 1969, working conditions for farm workers in California were far below par. In the 1960s, more than 80% of farm workers lived in housing that did not meet basic health and safety standards.

Sixty-three percent had access only to pit privies. Thirty percent had no access to bathing facilities, and 25% had no access to running water. Farm workers were paid below the minimum wage, excluded from unemployment insurance and collective bargaining legislation, and exposed to harmful pesticides.

The Latino and Filipino strikers worked together and vowed to remain nonviolent while gaining support from church groups, unions, and students among others. For five years, the strikers continued their fight for better conditions and pay and eventually led a boycott of grapes and a 300 mile march from Delano to Sacramento. By 1970, all major farmers had signed contracts with their workers and with unions. The Delano Grape Strike and Boycott was seen as a big step forward in workers’ rights.

Need for a Second Strike

The 1970 strike that had made headlines across the country wasn’t over just yet. In 1973, 30 farms, which were growing 85% of the area’s grapes, did not renew their contracts and instead signed contracts with the International Brotherhood of Teamsters. The contracts, claimed Chavez, “weren’t contracts, they were marriage licenses. Tomorrow you will see the growers and the Teamsters skipping hand in hand into fields on their honeymoon.”

The new agreements, often referred to as ‘sweetheart deals,’ lowered workers’ hourly wage, reduced the rights of workers, and gave power back to the farmers. Cesar led the United Farm Workers, a new organization that united the Agricultural Workers Organizing Committee with the National Farm Workers, to strike again.

However, since the Delano Grape Strike from 1965-1970 had made national headlines and appeared to be a great victory, the Grape and Lettuce Boycott of 1973 failed to pick up the attention and support from the press and the American people.

As workers from Lamont to Fresno picketed the deal with the Teamsters, police arrested, beat, and maced hundreds of strikers, including priests, nuns, and young workers. The violence and brutality continued and resulted in the death of Yemeni migrant Nagi Daifallah.

Forty-four years ago today, in the early morning of August 15, 1973, Arab American Nagi Daifallah stood among a group of picketers outside Smokehouse Cafe in Lamont, California when a group of three Kern County sheriffs arrived.

Deputy Gilbert Cooper targeted picket captain Frank Quintana and attempted to arrest him for supposedly disturbing the peace. Quintana and the picketers fled, but soon after Nagi had begun running, Deputy Cooper raced, caught up behind Nagi, and delivered a blow to the head with a 5 cell, metal flashlight. Upon strike, the 200 pound sheriff broke the neck of the 100 pound 24-year-old causing him to fall to the ground.

The officers then dragged his unconscious body to their vehicle and refused to any aid to the man, who laid lifeless, blood streaming from his head. After three picketers were arrested attempting to help, a private citizen called an ambulance. Nagi died later that day due to severe blood loss and major brain damage.

Nagi died at the hands of Deputy Gilbert Cooper and became a martyr of the strike. On August 17, 1973, two days after his death, as many as 10,000 picketers, United Farm Workers’ members, and supporters marched four miles in silence to the memorial service at the United Farm Workers’ headquarters.

Nagi had come to the United States from Yemen to seek a better life and to support his family back home. Despite a meager education in Yemen, upon arriving in the U.S., Nagi learned both English and Spanish, served as a translator, and reached out to Arabic-speaking and Spanish-speaking farmworkers to join the strike. His father Mushin Daifallah expressed sadness as he told the UFW, “I lost my son when I needed him most.”

In 1975, two years after the death of Nagi Daifallah, the state of California passed the Agricultural Labor Relations Act, in which farm workers were finally given collective bargaining rights.

It is important for us to remember Nagi’s story, and the impact he made on Americans’ and immigrants’ rights. Nagi Daifallah’s legacy of social justice lives on among Arab Americans, members of the United Farm Workers, and activists for workers’ rights. Janitors of the Service Employees International Union in San Francisco met to honor Nagi 29 years after his death. Ahmed Yahya Mushreh worked as a grape picker in the 70s and remembered Nagi. He recalled Nagi as “one of the leaders with Cesar Chavez and very well recognized,” and it was Nagi’s memory that Mushreh hoped would remind his fellow janitors of the importance of speaking up for themselves when their contracts came up for renewal. Similarly, the California Democratic Party of Orange County’s 72nd Assembly Democratic Alliance created the Nagi Daifallah Social Justice Award to remember Nagi’s sacrifice for the strike in the name of justice. Last year, the Alliance honored AAI President Dr. James Zogby with the award.

Forty-four years later we see reminders of Nagi’s dedication and legacy in the mass protests around President Trump’s Muslim Ban. While our nation’s earliest settlers were religious refugees, many Americans seem to have forgotten this fact along with their own immigrant roots. In New York City, Arab Americans of Yemeni descentprovided a powerful reminder of this history when they protested the Muslim Ban by closing around 1,000 bodegas, among other businesses, on February 2. These corner stores, which are mostly run by immigrants and typically open 24 hours a day, sat dark. Protesters of the ban congregated at Borough Hall in Brooklyn, where they rallied against the executive order and offered support for one another all the while expressing patriotism for their chosen home.

Nagi and immigrants like him have a long history of giving back to the United States, fighting for civil rights, and boosting the economy. When we are confronted with anti-immigrant rhetoric, we must remember our roots, remember Nagi’s story, and speak up for welcoming immigration policies so that others may have the same opportunity. If we can do that, we will all benefit. Nagi’s sacrifice is the proof.

(Annie Riley is a summer 2017 intern at the Arab American Institute.) 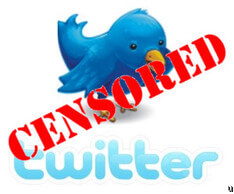