John Hagee is the founder and National Chairman of the Christian-Zionist organization Christians United for Israel/CUFI.

John Hagee also founded Cornerstone Church, is the CEO of his non-profit corporation, Global Evangelism Television and the President and CEO of John Hagee Ministries, which reaches 150 million households.

Christian support of Israel usually comes through one of three resources: money, prayer and political power, none of which are in short supply.

Over the past 20 years, Christian Zionists have given hundreds of millions to support aliya, aid victims of terror and provide for Israel’s poor.

Christian Zionism is growing as believers are getting more educated and informed about the plight of modern Israel.

Christians are coming to realize that Israel’s story offers a chance to see God’s hand at work in the world today.

The conservative estimate of Christian Zionists in America is around 15 million, a third of the Evangelical population. This movement is going mainstream….

Sabeel “strives to develop a spirituality based on love, justice, peace, nonviolence, liberation and reconciliation for the different national and faith communities” and aims to “promote a more accurate international awareness regarding the identity, presence and witness of Palestinian Christians as well as their contemporary concerns.”

During one of my Sabeel Reality Tours through the West Bank and Israel, I was introduced to Sabeel’s Contemporary Way of The Cross.

The Sabeel way transforms the traditional Christian tradition of the journey that Jesus took after his condemnation to crucifixion with a meditation on empire and military occupation.

In Jerusalem there are fourteen plaques along The Via Delarosa hanging on the walls of buildings depicting where Jesus may have fallen three times, meets his mother, is stripped, nailed to a cross and dies.

The Nabka and disaster of the UN partition plan of 1947, which fueled the Irgun and Stern Gang [Zionist terrorist groups] which depopulated over 400 villages and forced 726,000 Palestinians to flee to Lebanon, Syria, Jordan, and Egypt.

There are over 675,000 registered refugees in the West Bank, over 930,000 in Gaza and over two million in Arab countries who not only have never received compensation they are denied the right to return to their land as guaranteed in Articles 13 and 15 of The Universal Declaration of Human Rights and in UN Resolution 194.

The establishment of Israel’s statehood was contingent upon upholding of The Universal Declaration of Human Rights.

The Wall butted up to the boy’s high school and the ‘playground’ for the 780 adolescents was only a slab of cement smaller than a basketball court. There was no view as it was walled in on all four sides by the high school, Israel’s Wall and two smaller cement walls.

A refugee informed our group that on a daily basis:

The Israeli Occupation Forces show up when the children gather in the morning or after classes. They throw percussion bombs or gas bombs into the school nearly every day! The world is sleeping; the world is hibernating and is allowing this misery to continue.

A teenage boy asked my name and where I was from greeted me. I cringed when I replid America, for I am ashamed that over one billion USA dollars since 1948 has supported the occupation, promoted violence and helped build the friggin’ wall.

The Pizgatzeev settlement was a short drive from A’nata and it is an Orwellian Disney Land of lush green grounds, pools and playgrounds!

My Sabeel group disembarked our bus to pray and within moments heard a gunshots issued from the A’natna refugee camp, then another and another in rapid succession.

The Israeli Forces were showering the refugees with gunfire and terror, and our guide told me that it was just a normal daily occurrence.

I lost it completely and sobbed uncontrollably. I felt like the Magdalena when she could not find her Lord, and then I thought of Jesus, and how he had cried buckets of tears over Jerusalem.

I also recalled the prophet Micah’s warning to the Hebrews:

What does the Lord require? Do justice, be merciful and walk humbly with your God.

When Israel became a state in 1948, it was contingent upon upholding the UN Universal Declaration of Human Rights.

Israel will not survive unless it does justice!

The situation is deteriorating and we must frustrate Israel’s plans and actions because they are not built on justice.

All we are asking for is that they honor International Law!

Israel is afraid of International law and this proves something is very wrong with Israel.

We want Israel to live in peace and with security. The only way is honoring International law. That is the bottom line and what we work and pray for.

Reverend Ateek’s classic “Justice and Only Justice” laid the foundation of a theology that addresses the conflict over Palestine and explores the political as well as the religious, biblical and theological dimensions.

Sabeel seeks solutions based on justice, peace, nonviolence and reconciliation.

In Israel officially speaking of Palestinians is taboo: we are referred to as Arab Christians. When I say the Holy Land I include both Israel and Palestine.

Ultimately only God knows about the future of Christianity in this place. We live in the scientific world and God has given us wisdom, knowledge, technology to be used for good and our future and destiny are in Gods hands.

There are many red lights; external and internal dangers. What can we do at the grass roots level?

The Palestinian Christian community must rise above petty denominational differences. The impending dangers force us to ask what can we do, what must we do?

There is no future in isolation or passivity. Our futures are all linked together.

There is an urgent need to articulate and work with other faiths, especially Islam.

Our future depends on good relations with all our brothers and sisters. We need a Committee of Christian and Muslim leaders to dialogue and work together to confront militant extremist fundamentalism.

Our relation with Israel is the most important issue for there can be no peace without justice.

There can be no effective policy without ending the occupation in accordance with all UN Resolutions.

The city of Jerusalem must be shared and there must be a just solution for refugees.

Pressure on Israel must be done with nonviolent needs and the way is the way Christ taught: nonviolent and forgiving.

The achievement of peace is not the end; but the beginning of reconciliation.

The survival of Christianity in the Holy land is through true democracy.

We must avoid the minority complex. We cannot depend on the good will of people in power. We want to be protected by a constitution with full citizenship and nationality must be combined.

Only in Israel is there a distinction between nationality and citizenship. Only good democracy can guarantee all citizens are treated equally under the same law.

What can the West do?

There is an urgent need for education about the roots of Christians in Palestine and to challenge the myths. Seek out Palestinian Christians in your midst and relate to them.

Be aware of Palestinian concerns for justice and human rights. Work for a just solution of the conflict which is equal human rights for all.

Support projects to increase the Christian witness: visit the Holy land and meet with Palestinian Christians. Forge closer links with churches in the West and in the Holy Land. Challenge Christian Zionism. Think Creatively!

You are the salt of the earth and the light of the world. To capture the essence of what Christians should be is to be salt and light.

You don’t need a lot of salt to add flavor and even a small light can illuminate the way for many.

To be salt and light is to be truthful, honest, have integrity and to be of service and do it with humility.

To be a light is a global challenge and when the light is seen clearly so is the glory of God.

Sabeel means the way, and the way is to love all your neighbors and labor on with God.

Palestinian Christians are the descendants of the first followers of Jesus.

Palestinian Christians have been denied inalienable-meaning God given human rights.

The Christian population in the Holy Land has shrunk from 20% of the total population to less than 1.3% since 1948 when Israel became a state.

IF the status quo continues there will be no Christian witness in the land where Jesus promised that it is the peacemakers who are the children of God.

Jesus always stood up for the poor and the oppressed but hypocrites received his wrath- as well as forgiveness!

Jesus taught that the only way to resist evil is with good.

Jesus responded to violence with NONVIOLENCE and compassion even after being mocked, whipped and nailed to a cross for he prayed:

Father forgive them for they do not know what they are doing.

Godspeed on John Hagee to learn what he is really doing!

Godspeed on What Jesus Really Said

Godspeed on this invitation from a Christian captive in Jerusalem, Israel’s nuclear whistle blower Mordechai Vanunu to Hillary Clinton and all the Christians about Israel’s Wall

Militant soccer fans are on a roll across Eurasia Arab World 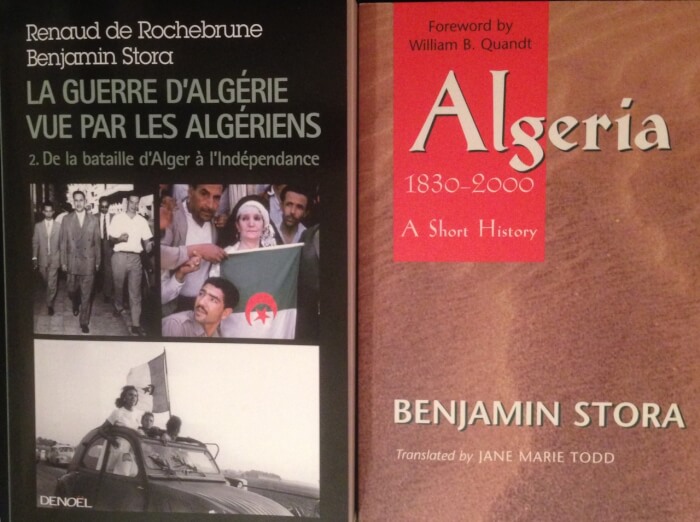