In her July 2nd declaration, U.S. Democratic presidential candidate Hillary Clinton wrote Israeli-American businessman and donor Haim Saban, expressing “alarm” over BDS and affirming her dedication to always “stand up for Israel” if she becomes president.

When Zionism began in the 19th century it was meant to be a safe haven for Jews and to help redefine Judaism as a national movement, not just a religion.

Nothing wrong with either of those goals!

The mindset today is that unless Israel is an exclusive Jewish State Palestinians will continue to be obstacles.

However, there has always been a small vocal minority challenging this…

In her letter to her major donor and fundraiser, Clinton stressed the need to counter the BDS campaign “with information and advocacy” and to “fight back against further attempts to delegitimize Israel.”

In 2005, Palestinian civil society issued a call for a campaign of boycotts, divestment and sanctions (BDS) against Israel until it complies with international law and Palestinian rights. A truly global movement against Israeli Apartheid is rapidly emerging in response to this call.

In her letter, the former secretary of state also asked Saban for his advice “on how leaders and communities across America can work together to counter BDS. From Congress and state legislature to boardrooms and classrooms, we need to engage all people of good faith to explain why the BDS campaign is counterproductive to the pursuit of peace and harmful to Israelis and Palestinians alike.”

Clinton claims the BDS movement dictates to both Israelis and Palestinians how to resolve the conflict, which “punishes” Israel, and that the BDS campaign “is not the path to peace.

The BDS call urges various forms of boycott against Israel until it meets its obligations under international law by:

Clinton also is concerned by “attempts to compare Israel to South African apartheid” which she views as “a vibrant democracy in a region dominated by autocracy, and it faces existential threats to its survival.”

The terms ‘democracy’ or ‘democratic’ are totally absent from the Declaration of Independence. This is not an accident.

The intention of Zionism was not to bring democracy, needless to say.

This is why any Jew of the Diaspora has the right to immigrate to Israel and to become a citizen of Israel.

In her letter to Sabin, Clinton stressed that as senator and as secretary of state, she had opposed “dozens of anti-Israel resolutions at the UN, the Human Rights Council, and other organizations.”

“Time after time,” she concluded, “I have made it clear that America will always stand up for Israel – and that’s what I’ll always do as President.”

Last month, Saban and casino mogul Sheldon Adelson held a summit dedicated to fighting BDS on campuses. According to estimates, at least $20 million were raised at the Las Vegas event, which limited participation to donors willing to pledge at least $1 million over the next two years.

Hillary Clinton’s greatest billionaire backer has been Haim Saban, a dual United States-Israel citizen and hardline supporter of Israel, who has openly commented,  “I’m a one-issue guy, and my issue is Israel.”[1]

Saban is ranked by Forbes magazine as the 143rd richest person in the United States.

When asked last July how much he would give to Hillary Clinton’s campaign, he responded, “As much as is needed.”[2]

Saban was born in Egypt and emigrated to Israel in 1956 with most of the Egyptian Jewish population after the Suez War, in which Israel, Britain and France, attacked Egypt.

Between 2008 and 2013, Saban gave $7.43 million to the Friends of the Israel Defense Forces, a recognized tax exempt charitable group in the US…Saban’s foremost purpose is to aid Israel by increasing American support for the Jewish state.

He has publicly described his method to achieve this goal by stating that the ‘three ways to be influential in American politics’ are to make donations to political parties, establish think tanks, and control media outlets.[6]

Saban funds the American Israel Education Foundation, a branch of the American Israel Public Affairs Committee (AIPAC) which specializes in taking members of Congress on all-expenses-paid tours of Israel but not into the occupied state of Palestine.

In 2002, he founded the Saban Center for Middle East Policy (which in 2014 dropped the name Saban, though maintaining the connection with him) at the Brookings Institution in Washington, D.C.[9]

While the Center came into existence as a result of Saban’s money, it was the brainchild of Martin Indyk, a former deputy director of research at AIPAC.

Indyk would become the founding director of the Saban Center and is currently executive vice president of the Brookings Institution.[10]

In Hillary’s campaign for the Democratic nomination for the presidency in 2008, Indyk served as an advisor on foreign policy.[11]

On November 15, 2005, Senator Hillary Clinton stood on the Jerusalem side of The Wall to express her support for The Wall because it “is against terrorists” and “not against the Palestinian people.”

“Financed with U.S. aid at a cost of $1.5 million per mile, the Israeli wall prevents residents from receiving health care and emergency medical services. In other areas, the barrier separates farmers from their olive groves which have been their families’ sole livelihood for generations.” [Washington Report on Middle East Affairs, Page 43, Jan/Feb. 2007]

A few weeks after Mordechai Vanunu’s freedom of speech trial began in 2006, Israel’s nuclear whistleblower taped this invitation to Hillary Clinton and “all the Christians to come and see the real Wailing Wall: the Apartheid Wall” excerpted from 30 Minutes with Vanunu

International Law states occupation is to be temporary and that the occupiers are not to transfer their population into occupied territory.

And what RIGHT has anyone to put a fence up on somebody else’s property?

“Missing from Israel’s security framing is the very fact of occupation, which Israel both denies exists…and that “security” requires Israel control over the entire country…rendering impossible a just peace based on human rights, international law, reconciliation.” –Page 1, Obstacles to Peace, A Re-Framing of the Palestinian-Israeli Conflict
In another must read for Clinton, Professor Halper explains:

An ethnocracy is the opposite of a democracy, although it might incorporate some elements of democracy such as universal citizenship and elections.

It arises when one particular group-the Jews in Israel, the Russians in Russia, the Protestants in pre-1972 Northern Ireland, the whites in apartheid South Africa, the Shi’ite Muslims in Iran, the Malay in Malaysia and, if they had their way, the white Christian fundamentalists in the US-seize control of the government and armed forces in order to enforce a regime of exclusive privilege over other groups in what is in fact a multi-ethnic or multi-religious society.

Ethnocracy, or ethno-nationalism, privileges ethnos over demos, whereby one’s ethnic affiliation, be it defined by race, descent, religion, language or national origin, takes precedence over citizenship in determining to whom a county actually ‘belongs.’-Page 74, “An Israeli in Palestine: Resisting Dispossession, Redeeming Israel”

Without a change of consciousness Hillary Clinton as President would remain firmly entrenched in the ideology of Zionism.

In service to this democratic republic this former candidate for US HOUSE of Representatives reiterates George Washington’s warning from his Farewell Address which has been read aloud in Congress ever since 1896:

Observe good faith and justice towards all nations; cultivate peace and harmony with all

And passionate attachments for others should be excluded; and that, in place of them, just and amicable feelings towards all should be cultivated.

A passionate attachment of one nation for another produces a variety of evils.

Sympathy for the favorite nation, facilitating the illusion of an imaginary common interest in cases where no real common interest exists, and infusing into one the enmities of the other, betrays the former in the quarrels and wars of the latter, without adequate justification.

Jon and Colbert: Yes We Can Discuss Israel Gaza Palestine 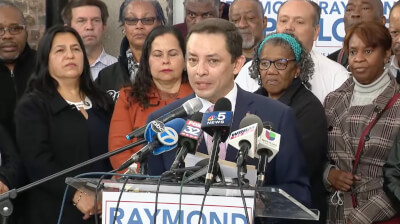 Tearing Icon of the Virgin Mary from Hawaii to be displayed in Phoenix American Arabs
War rages between U.S and Arab World Airlines American Arabs