Israels security, Palestine’s Liberation: Monday at midnight in Cairo the current cease-fire talks are due to end.

On Sunday Prime Minister Benjamin Netanyahu said that Israel would only accept a proposal for a long-term cease-fire if Israel’s security needs were met. 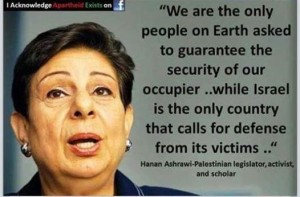 A senior Israeli official said. “If the [rocket] fire resumes, Israel will respond forcefully, and if the fire does not resume but no agreement is reached, we will examine whether we can come to some other arrangement and provide humanitarian assistance to the people of Gaza.”

Palestinian sources said PLO executive committee member Saeb Erekat met on Saturday with the head of Hamas’ political bureau, Khaled Meshal, and urged him on behalf of Palestinian Authority President Mahmoud Abbas to accept the Egyptian draft proposal and use it as a basis for continuing the talks.

Abbas is pushing for acceptance of the current Egyptian proposal even if it doesn’t immediately address all the Palestinian demands, so as to avoid having a solution imposed by the United Nations.

Hamas is not objecting to the PA’s return to the Gaza Strip, particularly after the establishment of the unity government.

Hamas objects to the Egyptian proposal over the opening of the crossings being coordinated between Israel and the PA and over who would supervise the rebuilding of the Strip.

Officials in Gaza and Cairo say Hamas is prepared to allow the rehabilitation framework to be in the PA’s hands, including the contacts and coordination with the donor countries, but it wants to take a major role in the Strip’s management, including involvement in the Gaza security apparatuses.

Last week Archbishop Emeritus Desmond Tutu, reiterated his call for a global boycott of Israel and urged Israelis and Palestinians to look beyond their leaders for a sustainable solution to the crisis in the Holy Land.

In an exclusive interview with Haaretz, Tutu said:

A quarter of a century ago, I participated in some well-attended demonstrations against apartheid. I never imagined we’d see demonstrations of that size again, but last Saturday’s turnout in Cape Town was as big if not bigger. Participants included young and old, Muslims, Christians, Jews, Hindus, Buddhists, agnostics, atheists, blacks, whites, reds and greens … as one would expect from a vibrant, tolerant, multicultural nation.

I asked the crowd to chant with me:

We South Africans know about violence and hatred. We understand the pain of being the polecat of the world; when it seems nobody understands or is even willing to listen to our perspective. It is where we come from.

We also know the benefits that dialogue between our leaders eventually brought us; when organizations labeled ‘terrorist’ were unbanned and their leaders, including Nelson Mandela, were released from imprisonment, banishment and exile…

The real triumph of our peaceful settlement was that all felt included.

And later, when we unveiled a constitution so tolerant, compassionate and inclusive that it would make God proud, we all felt liberated.

Of course, it helped that we had a cadre of extraordinary leaders.

But what ultimately forced these leaders together around the negotiating table was the cocktail of persuasive, nonviolent tools that had been developed to isolate South Africa, economically, academically, culturally and psychologically.

At a certain point – the tipping point – the then-government realized that the cost of attempting to preserve apartheid outweighed the benefits.

The withdrawal of trade with South Africa by multinational corporations with a conscience in the 1980s was ultimately one of the key levers that brought the apartheid state – bloodlessly – to its knees.

Those who continue to do business with Israel, who contribute to a sense of ‘normalcy’ in Israeli society, are doing the people of Israel and Palestine a disservice.

Ultimately, events in Gaza over the past month or so are going to test who believes in the worth of human beings.

It is becoming more and more clear that politicians and diplomats are failing to come up with answers, and that responsibility for brokering a sustainable solution to the crisis in the Holy Land rests with civil society and the people of Israel and Palestine themselves…

No human-made problems are intractable when humans put their heads together with the earnest desire to overcome them. No peace is impossible when people are determined to achieve it.

Peace requires the people of Israel and Palestine to recognize the human being in themselves and each other; to understand their interdependence.

Missiles, bombs and crude invective are not part of the solution.

There is no military solution.

The solution is more likely to come from that nonviolent toolbox we developed in South Africa in the 1980s, to persuade the government of the necessity of altering its policies.

The reason these tools – boycott, sanctions and divestment – ultimately proved effective was because they had a critical mass of support, both inside and outside the country.

The kind of support we have witnessed across the world in recent weeks, in respect of Palestine.

People united in pursuit of a righteous cause are unstoppable…

Nelson Mandela famously said that South Africans would not feel free until Palestinians were free. He might have added that the liberation of Palestine will liberate Israel, too. 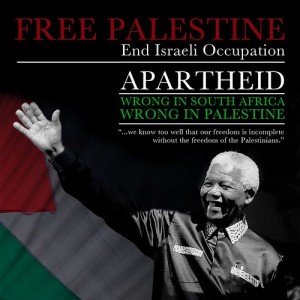 In October 1987, the Eilat municipality launched The Red Sea Jazz Festival with support from the Israel Ministry of Education & Culture, the Israel Ministry of Tourism and several business sponsors.
This years event begins on August 24 and runs through the 27th offering 40 shows featuring 20 international and local ensembles.

We see culture as a Hasbara [public relations] tool of the first rank, and I do not differentiate between Hasbara and culture ~ Nissim Ben-Sheetrit, former deputy director general of the Israel Foreign Ministry

The festival could have been an event celebrating the free spirit of Jazz music, and this beautiful tradition of resistance of oppressed minorities.

Instead, it is a government event of propaganda, which uses Jazz music as a tool for whitewashing military occupation, apartheid and the genocide of the Palestinian people.

At a time when in the West Bank half of Israel’s products, forced on a captive market by the barrel of a gun, are boycotted by the occupied Palestinian population;

Israel’s produce is being rejected throughout supermarket chains in Europe;

In the USA Israel boats are being blocked from docking;

All around the world masses are coming out to the streets demanding a weapons embargo on the genocidal state; celebrities, artists and musicians can no longer keep silent…

Tunisia five years after the revolution: Was it worth it? Arab World