Iranian Foreign Minister Zarif tweeted at President Biden and the heads of state of Britain, France and Germany regarding The Guardian’s, “Israel expands nuclear facility previously used for weapons material” which reported:

Israel is carrying out a major expansion of its Dimona nuclear facility in the Negev desert, where it has historically made the fissile material for its nuclear arsenal.

Construction work is evident in new satellite images published on Thursday by the International Panel on Fissile Material (IPFM), an independent expert group…

Pavel Podvig, a researcher with the programme on science and global security at Princeton University, said: “It appears that the construction started quite early in 2019, or late 2018, so it’s been under way for about two years, but that’s all we can say at this point.”

Dimona’s role in Israel’s nuclear weapons programme was first disclosed by a former technician at the site, Mordechai Vanunu, who told his story to Britain’s Sunday Times in 1986. Before publication, he was lured from Britain to Italy by a female Israeli agent and abducted by Mossad. Vanunu spent 18 years in prison, 11 of them in solitary confinement, for revealing Dimona’s secrets. 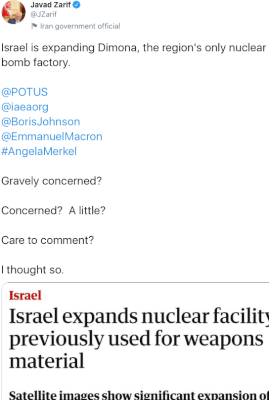 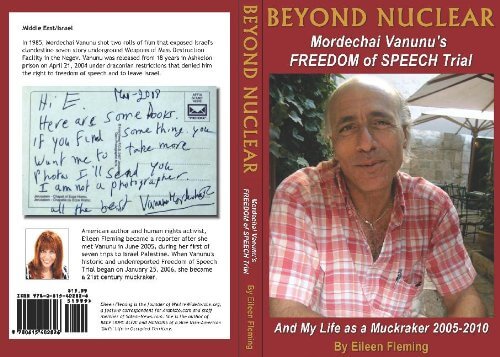 What Vanunu told this American during her first of eight investigative journeys to both sides of Israel’s Wall in Palestine regarding USA, France and Germany:

What Vanunu said about state torture by solitary confinement:

What Vanunu said about “the real wailing wall; the apartheid wall”:

The questions this American asked Vanunu in 30 minutes with Vanunu are based on the Universal Declaration of Human Rights which Israel’s statehood was contingent upon upholding: