The General Assembly decided today to provide additional rights and privileges of participation to the State of Palestine when it assumes its position as chair of the “Group of 77” developing countries and China for the year 2019.

The Assembly set out those terms in a resolution (document A/73/L.5) adopted by a recorded vote of 146 in favour to 3 against (Australia, Israel, United States), with 15 abstentions.

Taking note of the Group of 77’s decision to elect the State of Palestine as its chair for 2019, the Assembly decided to adopt several modalities for the State of Palestine’s participation in the Assembly’s sessions, work and the international conferences convened under its auspices or other organs of the United Nations.  These include the right to make statements, submit proposals and amendments and introduce them on behalf of the Group; to co‑sponsor proposals and amendments; and to raise procedural motions, among other rights.

Aware that the State of Palestine is a full member of the League of Arab States, the Movement of Non‑Aligned Countries, the Organization of Islamic Cooperation, the Group of Asia‑Pacific States and the Group of 77, the Assembly also requested the Economic and Social Council and other relevant organs, specialized agencies, organizations and entities within the United Nations system to apply the above‑mentioned modalities for the duration of the State of Palestine’s chairmanship of the Group of 77.

“Today’s vote represents multilateralism at its best,” said the Permanent Observer of the State of Palestine, who spoke after the draft’s adoption.  The State of Palestine will “spare no effort to prove worthy of this trust in its capacity to represent and defend the interests of the Group of 77”, he said, adding that his delegation will engage constructively with all partners to “advance cooperation and mutually beneficial agreements for the common good of humanity”.

Representatives of Israel and the United States took the floor ahead of the vote to voice their opposition to the draft.

The speaker for Israel said the Group of 77 is an important player in the development sphere of the United Nations and warned the Assembly that the resolution before it “only serves the interests of one delegation”.  She said constant attempts to change rules of procedure invariably weaken the Organization and added that it is ironic that the draft was considered under the agenda item on “Strengthening of the United Nations system”.

For his part, the representative of the United States said his country does not recognize that there is a Palestinian State and therefore strongly opposes this decision to make Palestine the Chair of the Group of 77.  The United States has long opposed enhancements of Palestinian status at the United Nations and has consistently opposed Palestinian accession to treaties the United States is party to.  Achieving real peace requires the courage to sit down at the table and make compromises.  “This is the exact opposite,” he stressed.

At the meeting’s outset, the representative of Egypt, in his capacity as Chair of the Group of 77, introduced the draft by saying that since the Group’s inception it has “championed multilateralism to foster cooperative and harmonious relations towards the achievement of equality and prosperity for all”.  The Group strives to promote the economic interests of developing countries and its legacy is inextricable from that of the United Nations.  Much of what the Organization has achieved in the development sphere is inspired and shaped by the Group of 77, he stressed.  A General Assembly resolution is required to avail the State of Palestine the rights and capacity to perform the functions and the usual practices undertaken by the chair of the Group.

Speaking after the text’s adoption, the representatives of Germany, Netherlands and United Kingdom said they voted in favour of the draft to enable the State of Palestine to carry out its duties as Chair of the Group of 77 while also stressing their vote did not construe recognition of a Palestinian State.  “The only way to give the Palestinian people the State they deserve and the Israelis the peace they are entitled to is through a negotiated two‑State solution,” said the representative of the United Kingdom.

Explaining her vote against the text, the representative of Australia said unilateral recognition of Palestinian statehood will not result in peace.  Australia remains firmly committed to a two‑State solution, she said, urging all parties to return to negotiations. 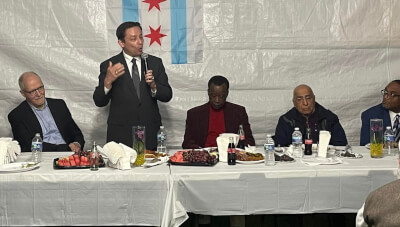