Run, run From the Jungle

This human drama is turning into a French political disaster on the eve of the presidential election (April, 2017), in the wake of the rising French anti-migrants and immigrants sentiment.

On Monday, demolition crews under orders from French authorities began to take down the infamous Calais “refugee” camp, a squalid makeshift affair known as the “jungle” as the media and the humanitarian INGOs call it. The conditions of migrant and refugee camps are “not acceptable” says President François Hollande in a bid to shut down the Calais camp.

An estimated 10,000 people have lived in the Calais camp for more than a decade. Thousands of people living there lack all the basics of human decency and dignity. These migrants are fleeing injustice in their respective countries, from Afghanistan, Pakistan, Iraq, Sudan, Egypt, Somalia, Ethiopia and Eritrea, and for the most part they are seeking to cross to the U.K. to settle and seek a better life.

Yet, this human drama is turning into a French political disaster on the eve of the presidential election (April, 2017), in the wake of the rising French anti-migrants and immigrants sentiment resulting from recent terrorist attacks that took place in the country. So President Hollande acted in a hurried and panicked tone to calm his political opponents and detractors, though he still needs a miracle to convince the French voters.

There are around 280 welcoming centers (Centres d’information & d’orientation) and shelters in remote French villages in Normandy, Brittany and central and southern regions, and yet there is a huge resistance to the French Socialist government decision to relocate the residents of the Calais camp to the French villages and mid-sized cities by the French local-right and extreme-right mayors and fellow citizens.

This is the other side of the French coin in terms of hospitality. 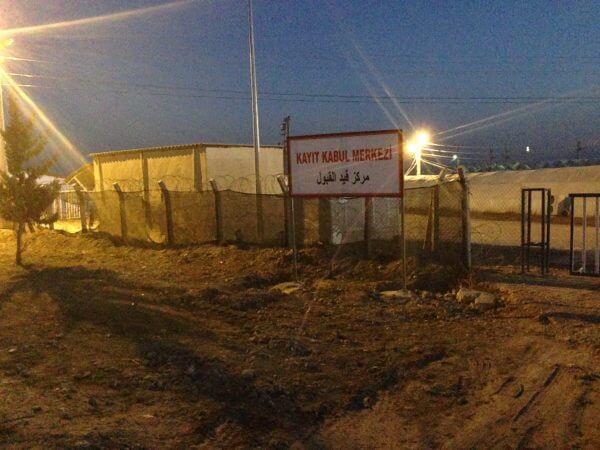 It applies in particular when there is a risk that the standard asylum system is struggling to cope with demand stemming from a mass influx that risks having a negative impact on the processing of claims. And this takes us to another category of refugees, who are not really seeking refuge, but just want to stay in a place safe from the TNT barrels of the al-Assad regime and the knives of ISO in Syria and Iraq.

Syrians are still under temporary protection in Turkey, but not considered refugees, according to the Turkish government but are “guests”, and the process of acquiring this status is getting harder to obtain because of national security and economic imperatives. The legal window that the Syrians are breathing through is shrinking.

The process takes a year in some provinces; thus many Syrians are trying the UNHCR offices in Antep and Ankara, but it is really a desperate move.   UNHCR set the criteria very high according to Western countries’ immigration policies, about 80,000 in the U.S.,100,000 in Germany, and France pledged to take 24,000 in the wake of last Fall’s migrants influx to Europe.

As far as protection goes, a virtuous human principal is dear to the INGOs in place and local NGOs; though during all these years Syrian refugees have been working illegally, (believing under Allah’s Baraka) and obliged to accept unfair low wages. (I did hear from refugee Syrians, who worked for months without getting paid). Hence, the protection and the legal protection is a Turkish urban legend. All that is left, for the refugees to cross to Europe. 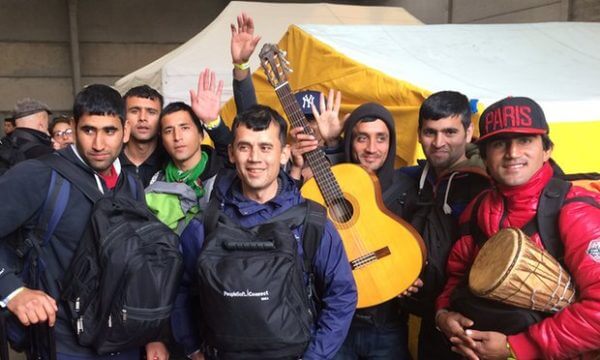 Turkey is hosting approximately 2.7 million Syrian refugees and is doing an excellent job. It has become the number one country in the world hosting the largest number of refugees and doing a great job at that, according to new U.N. Secretary General, former U.N. High Commissioner, Antonio Guterres.

Nonetheless, the changing dynamic and imperatives of the Syrian and Iraqi conflicts required a revisiting of Turkey’s immigration and refugees policy; in 2014 the parliament passed an asylum and refugee bill.

The Turkish government adopted several measures, including the compulsory registration of all refugees to allow Syrians access to free healthcare and food assistance services offered by local authorities; AFAD, INGOs and NGOs created several distribution programs for the Syrian urban refugees and and Iraqi refugees in camps.

The French government, unlike the Turkish government, did not pull full energy in genuine refugee programs, but gave the task entirely to national emergency rescue like AFAD (Disaster and Emergency Management Presidency).

AFAD is an affiliate of the Turkish Prime Ministry and manages all the refugee needs and logistics in camps and in urban areas coordinating with UNHCR in camps and INGOs in cities, and dealing with legal registration providing ID (Kimlik). Whereas in France, the government dealt with the refugee situation in its broadest sense.

Migrants seek asylum, which in a majority of the cases are denied, so they are illegal, consequently they face deportation.

But what the authorities and the politicians missed, whether these refugees want to cross the French Channel to England or stay, they will never leave. A situation that makes it impossible to control only by the use of law enforcement measures.

The French government is acting in an emergency, and not managing the case as one of preemptive public policy to install and re-locate the refugees through registration, follow up and referral. Many of migrants are with their families with the help of the French Disaster Management Bureau and the local humanitarian NGOs, like the Islamic Relief, MSF and others. However, the refugees question has poisoned the political debate.

By basically offering humanitarian protection: from the legal protection, raising awareness to psychosocial activities, all is under an information, and coordination process that leaves both parties (host and guest communities) in the safe net under the watch of the government. The French government is a hostage of its politicians and immature leaders, who are still thinking that France is no longer a land of refuge and cannot hold all the misery of the world.

The coordination and information support of these facilities was often made with willingness, but without real organization. The migrants, who wished to seek asylum found themselves very far from the supposed humanitarian organizations’ support to accompany them in the process of their application, (I met a Syrian family at a high way stop light entrance begging, a family of six, totally lost in translation and tradition.

I sat with them and gave them the phone number of the islamic Relief and Syrian Charity).

On the other hand, the lack of information has left the refugee seekers, as the humanitarian actors, in the perplexity and complexity dynamic to find a fair logistic and administrative process, though the hosting and the lodging actions are still minor in the hands of some generous French families, who are taking in Syrian and sub-Saharan individuals.

Meanwhile the government is offering a minimum service of humanity to these migrants.

There is no parallel in Turkey of Calais, despite the huge number of refugees. France is way behind and late for such an implementation; the destruction and the demolition of the “jungle” is only a drop in the bucket, according to Dr. Badri Hamdan from Human Relief, France “…it seems that the French authorities are treating the case from its bureaucratic and political/politician perspective…”

For instance, the Préfectures and the French Immigration Office (l’Ofpra) are linking the asylum demand, indeed, in reference to the immigration French rules and laws.

So the demolition of Calais’ migrants slum is going toward a sustainability of these new human structures and a partial integration to a larger plan for asylum seekers, at least what the French government is saying, either for the Calais slum camp migrants or the lost urban migrants, who are tired of the law of the “jungle” whether in dictator or democratic states.