Sixty-six years of political conflict in Israel Palestine, the so-called Holy Land has focused on borders, settlements, checkpoints, terrorism and human rights has now morphed into Debates over access to sites in Jerusalem’s Old City, where Muslims believe the Prophet Muhammad ascended to heaven and where Jews believe their holy ancient temples were located, have goaded both sides to accuse the other of provoking a religious war.

The Washington-based U.S. Institute of Peace, is a Congressional funded nonpartisan group that focuses on non-violent resolutions to international conflict and partners with the State Department.

“Recent events in Israel/Palestine indicate that the conflict has developed a religious character that was not as explicit in the past. Religious leaders from Israel and Palestine need to step forward to dampen down emotions and recommend steps to defuse the tensions.

“Our conflict has become both a national one and a religious one. Religious extremism, with the help of the mainstream media, is carrying the day. We need more moderate voices to speak out.”

And as I am convinced there are really only two sins: selfishness and being boring, I offer the final chapter in my first book, KEEP HOPE ALIVE which was inspired by Dr. Khaled Diab, a 1948 Palestinian refugee from the Upper Galilee who made his way to the USA and into a Top Secret position in the Defense Industry during the Cold War.

After the events of THAT DAY we call 911  Dr. Diab united American Jews, Christians and Muslims to raise funds to purchase over 40,000 fruit bearing trees that were rooted on both sides of The Wall.

Jake groaned, “Ahhhh, Terese I cannot believe after all these years, you are finally allowing me the opportunity to hear the words you spend hours pouring into those Mead Composition books you buy by the case. How many years has it been going on that you write your heart into those books, then toss them in the lit barbeque pit in your wannabe Druidess ritual when the full moon calls to you?

“You have never bored me, but you are getting a little too strange and most outspoken. You have skated the edge for years my dear, but now I think you have gone over the edge. What has gotten into you that you just cannot shut up about things you never spoke aloud about in your life? I think you should reconsider offering that last poem at the church talent show for they will burn you at the stake!”

Terese replied, “Look, for years I was the proper Episcopalian wife and mother and did all the little things I saw to do and kept my mouth shut about all the injustice and hypocrisy around. But I wrote it all down in my Official Mead Composition Notebook for all these years and because a proper Episcopalian wife and mother does not say, much less think such things I wrote down, I had to burn them; they were too inflammatory! But ever since I switched to TOP FLIGHT Composition books out of Chattanooga, Tennessee, something has come over me. I must now give voice to the words that spill out of me, I must break silence!”

Jake replied, “But do you see the road ahead of you, have you considered the cost? You have always been impulsive, but you went about it in a quiet unobtrusive and little way, you never caused a stir. Something’s changed and I think I want you to have a brain scan, you know, make sure you don’t have a lesion that is making you wackier than you have ever been before.  If you check out Okay, then there has got to be another reason why an old woman who has the easiest life around wants to agitate the status quo. I wonder what are you getting out of it Terese, what motivates you old woman?”

Terese sighed then looked directly into Jakes cerulean eyes and softly spoke, “Let me play you another poem for I think it will answer your concerns.”

She picked up her red guitar then strummed the chords to “All Along the Watchtower” and began to sing just a breath above a whisper:

All I’ve got is a red guitar, Three chords and The Truth.

All I’ve got is my bleedin’ heart, and a voice cryin’ out of the wilderness to you

I see there is a way out of here, a way to get some relief if you will just listen to me:

So small as to indwell the heart of every atom, and I AM beyond your comprehension…

I hear Wisdom calling from the highest point of the city;

Wisdom has built her house and She calls to all; “Come, eat my food and drink my wine and you will live abundant life and walk in the ways of understanding.”-Proverbs 9: 4-6

Who was with The Word from the very beginning,

She is One with Him and He with Her;

One Creator; One Lover of All the Human Family!

Brother, I see you lookin’ at me like you think I’ve skated off the edge and maybe I have,

What’s it to you?

But let me tell a little story to illuminate you

If you haven’t heard

The one about the Rabbi Hillel,

Who lived 100 years before The Christ walked the earth

Let me tell you,

That wise Rabbi knew that the Hebrew understanding of Hokema; Holy Wisdom; The Feminine Divinty was the same as the Greek understanding of The Logos: The Word.
It was the first John and Paul who first understood The Word was good!

The Word was The Logos and The Word is The Christ.

It was John on Rubber Soul who intuitively knew: “The Word is just The Way and The Word is Love”

Little children, listen to me and use your imagination,

Can’t you see that before Christ walked the earth a man,

He was already a She: Hokema, Holy Wisdom; the Feminine Divinity and isn’t that good news?
The God Head is One Pure Being;

As much male as female

As much mommy as daddy.

And *He is the oldest personality because He is the origin of everything; and everything is born of Him. He is the supreme controller of the universe, the maintainer and instructor of humanity.

He is smaller than the smallest. He indwells the heart of every atom and She is beyond the Universe.

She is rattling  your windows and shaking your walls

With some more good news of the three witnesses, and three always beats one and not just that, I’ve got a fourth!

Get out your Good Book sisters and brothers and chew on this:

Listen to me, God is within every sister, brother and all Creation!

Wake up to your own divinity and get a clue Christian:

Dominion never meant to rape and plunder, but to nurture, care and love and if you have not love, you have nothing at all!

And we have been warned that there will be much wailing and gnashing of teeth by those who were so sure they were in, because they are the ones left out!

WAKE UP Christian and Hear the wind begin to howl.”

Jake moaned, “You sound like a prophet and you know what happened to the prophets, right?”

Terese laughed, “Jake, remember John Belushi as Jake Blues in the good Blues Brothers movie? Remember when he kept saying: ‘I am on a mission from God?’  That is exactly how I feel; I am on a mission to shake up the annual church talent show this year. I am doing something more than make the coffee and clear the tables, I am going to do my little poem and what do you think will happen, Jake?”

“I think you will get stoned.”

“Jake, I don’t care the least what anyone thinks of me as long as they do some thinking! It is their apathy and passivity that I am confronting. Their lukewarmness makes me want to puke! I have no patience any longer with comfortable Christians, they need to be agitated into deep thinking and doing The Beatitudes! Christ promised that the peacemakers are the children of God and he said: ‘I came that you would have life to the full; abundant life’ and that takes thinking deep and action Jake.” 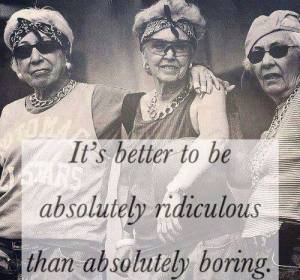 “You may be half way to being a saint, Terese, for I am convinced that there are really only two sins; selfishness and being boring, and you certainly are not that.”