Officials from local and regional government attended an Arab Heritage cultural event Tuesday night in Orland Park held to recognize the achievements and contributions American Arabs have made to America.

The annual Arab Heritage Month in November was first designated as a State Commemoration by former Illinois Governor Jim Edgar and has been celebrated every year with cultural events and dinners showcasing Arab Heritage in Illinois.

On Tuesday, in honor of Veteran’s Day and the thousands of American Arabs who served in the American Armed Forces during World War II, Vietnam, Korea and in the wars in Iraq and Afghanistan, the Shish Kabob House Restaurant, 9328 W. 159th Street, co-hosted the celebration offering a Middle East buffet feast for 75 officials from Orland Park, Tinley Park and Orland Hills.

“We’re very honored to have all of you here tonight to celebrate the contributions that American Arabs have made to this great country,” said Amjad Alowisi the owner of the Shish Kabob House which opened more than a year ago.

Alowisi and his wife, Faye, opened the restaurant, located in the Jewel-Osco Mall on 159th Street at 94th Avenue, more than a year ago and offer a menu of freshly made Middle Eastern and Mediterranean food delicacies including Mansiff, hummus, stuffed grape leaves, kifta and a variety of salads including Tabouleh and Jerusalem Salad. A musician playing the Oud (Arabian Lute) performed popular Middle East music as the guests dined.

“I am proud to have served honorably in the U.S. Air Force, active duty, during the Vietnam War,” said media consultant Ray Hanania who served as emcee for the evening. “My father and uncle came to this country from Jerusalem in Palestine and they both served in the U.S. Military during World War II, enlisting immediately after the attack on Pearl Harbor on Dec. 7, 1941. And so many Americans of Arab heritage served in the Marines, the Air Force, the Army and the Navy. We are proud to be Americans.”

The Southwest Suburbs are the home to more than 250,000 Americans of Arab heritage originating from Palestine, Lebanon and Jordan. There are an estimated 4.5 million Arabs of the Christian and Muslim faiths living in the United States. The largest majority of American Arabs are Christian, but Christian and Muslim Arabs share a common bond and cultural heritage and live together in communities throughout the United States. The Southwest Region is home to several Christian Arab Churches including St. Mary’s Church in Palos Heights, and two Mosques, the first ever built in the region, the Mosque Foundation in Bridgeview, and the Orland Prayer Center in Orland Park, which was opened in 2004.

Nemer Ziyad and his brother Nazmy, owners of Ziyad Brothers Importing which is one of the largest wholesalers of Middle Eastern and Mediterranean Foods, also welcomed the guests who included Orland Park Mayor Dan McLaughlin and Tinley Park Mayor Ed Zabrocki. Many of the local trustees from the two communities also attended the event which was held from 6 to 9 pm Tuesday night including Orland Trustees Pat Gira, Ed Schussler, Carole Griffin Ruzich and Dan Calandriello. Members of the Orland Park Chamber of Commerce also attended. Congratulatory messages were sent by others who could not attend because of scheduling conflicts including Cook County Commissioner Elizabeth “Liz” Doody-Gorman and Orland Fire Protection District Board President James P. Hickey.

“It is gratifying to know that so many are here to recognize the hard work American Arabs also put into making this country great. Thank you all,” said Nemer Ziyad.

The Alowisi’s donated the buffet of food and offered information on each of the food items to guests that attended the event. Also attending was Mansour Tadros, the owner of the largest American Arab Newspaper in Illinois, The Future News Newspaper. 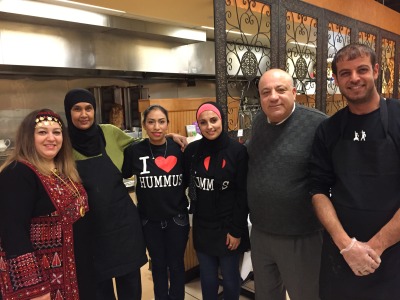 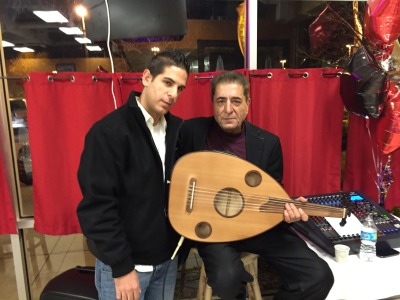