Paris, France — As the social season in Algeria heats up, so does the political one. However, President Bouteflika is intelligently focussing on a strategy to move his pawns into his rivals’ zone, in this case the Generals in Ali Khodja Castle

He has been using tactics to overcome Algeria’s political turmoil of the 90’s and in an effort to put the country back on track. Algeria is indeed facing many challenges, among them failing educational reform, a wild, unstable economy, and an incompetent political class.

Yet the reforms have divided the political and military establishment in the country, and the country is still divided today.

Twenty five years ago, pros and cons were arguing not with pens, but with rifles and knives.  Indeed the situation dates back to 1962, dealing with the dialectic of whether the country should turn East or West. Decades later, in spite of the baraka of the oil revenues that occurred during the last five years, politicians still have not figured out how to lift the country up.

President Bouteflika’s four terms in office have shown mixed results. His initial challenge was how to subjugate the sacrosanct pact between the military and the so-called “democrats.” He has been using his Machiavellian style to weave alliances with opportunist “democrats,” legalist Islamists, and the old guard of the FLN. 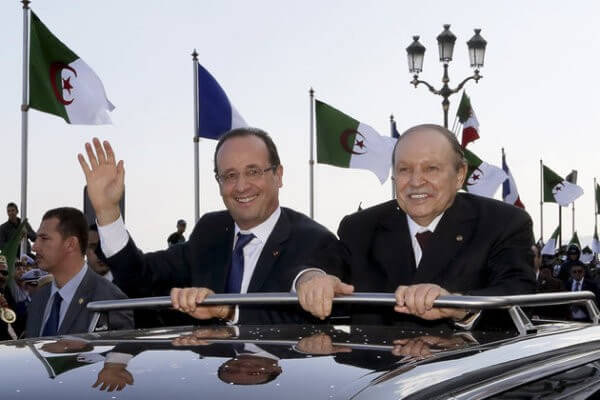 This ruse has allowed him to install all his cronies and trustees in the highest security and administrative positions in the land.

But the fundamental question that many analysts have in mind persists, who is going to succeed President Bouteflika? There have been rumors that he is paving the way for his youngest brother who is also his special advisor at el-Mouradia Palace.

Rumors have been on the surface for some time in a country where rumor is a credible source of news! Mr. Saïd Bouteflika has been solicited to lead a new political party that has been tailored perfectly to his size.  It’s as if the country has been affected by the hereditary political system of some Arab and African regimes — the Joom-Loukiates model. But the Arabs’ Spring has closed this road for good.

Today the “democrats” are applauding from the box seats of the Joom-Loukiya theatre.  Politically, the country is going back to the one party “democ-taturship” and the cult of personality; economically, it is in a state of total anarchy; socially it is on the edge of explosion.

The young, however, élite included, are joining en masse the unique party they can trust, a party without any leader or political agenda, the party of “el-harga” (illegally crossing to Europe). 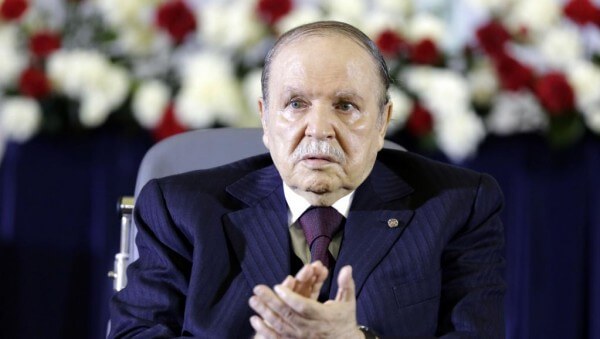 So, the as-yet-unanswered questions regarding the future of the President and the direction of the country still remain. Certainly the deterioration of President Bouteflika’s health has left him frail and has fostered his prolonged absence from office.

But President Bouteflika imploded Algerian political life across the spectrum — even as politicians were talking about the collapse of the State — when he suddenly ended all the rumors and showed he is still in excellent form politically and promising a prosperous future for his circle.

Sunday’s move that staggered many analysts has been the purge of the redoubtable machine of the regime, the DRS (Département du Renseignement et de la Sécurité), the deep-core power of the Algerian system both politically and economically.

Certainly the send-off of General Mediène to early retirement, on the same day, Sunday, September 13 Major General Menad Nouba officially took office as Commander of the National Gendarmerie announced the Ministry of Defense in a statement.

The culmination of moves to restructure the DRS is a clear sign that the President and his camp are finally putting an end to the fifteen-year-long chess game between the generals in Ali Khoudja castle (Army Headquarters) and the President’s circle in el-Mouradia.

Having orchestrated the dismantlement of the Islamists, the dishevelment of the secularists, and the take-over of the FLN party, President Bouteflika skillfully placed trusted aides in charge of sovereign portfolios in Prime Minister Sellal’s Government lV. 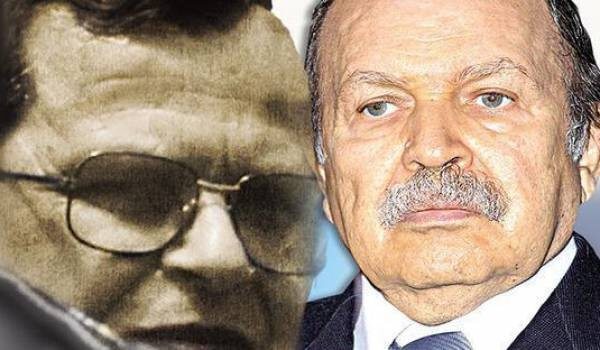 The announcement of General Mediène’s retirement surprised the Algerian street, but not so political observers because of the recent incident at the President’s seaside home of Zeralda west of el-Mouradia Palace. Certainly the signs of change at high levels of the regime have occurred and paved the way for a new process of transformation from a military-junta clique to the neo-Bouteflikan clan.

Since President Bouteflika entered el-Mouradia Palace, ha has buried four powerful generals and put four more of them in quarantine.

However, the last General remaining whom, for the majority of Algerians, was the strongest man in Algeria, Rab T’zeir (The Lord of Algeria). He was the chief of the ghastly DRS, a state-within-a-state that controlled any movement an faux movement of the military and civilians of the country’s administration and commerce alike.

Meanwhile analysts were weighing the question, will President Bouteflika make a deal with General Toufik? Or has this deal already been put in place?

So, where does President Bouteflika’s circle stand now? The question of political stability and a worrisome economic conjuncture of plummeting oil prices has sent an alarming message to them. No doubt about the President’s political ruse, it seems his health is not impacting his ability to make critical decisions.

He makes his friends and foes afraid at night like Keyser Soze in “The Usual Suspects” movie!

Recent actions on the part of Bouteflika make the military regret their move to bring him to office. They thought he would be a circumstantial President, just to get them some political legitimacy domestically and internationally. In 1999 when Algeria was bleeding badly and President Bouteflika appeared as the nation’s savior, the generals brought in a “colonel surgeon” to stop the hemorrhage, rather than the Commander-in-Chief.

After his first term the relationship between the President and the eleven generals’ clique began to sour, and they clashed over a strategic view. The President, in his policy toward terrorism that was eating the Algerian body like cancer, used a carrot in one hand and a baton in the other, whereas the generals wanted it all security measures.

To some extent Algerians don’t care about their political institutions or the next President, as long as they can breathe easily from both sides without suffocation. The military have been picking the President since 1962, using the divide-et-impera strategy to discredit any opposition, so there’s nothing new in that.

The Algerian army is still homogeneous and professional, despite some fractions.  Nonetheless, it is still committed to some republican values.

So, it will be an exclusive Algerian scenario. Today the strongest man is President Bouteflika, and all the political developments on the ground sustain that argument. It remains to be seen whether the successor of General Toufik will be the “President’s General” or continue to operate under the command and endorsement of his former boss’ networks.

The President evidently feels that he has won the mother of all battles that he has fought during his fifty-three years in the Algerian system’s chain wheel. At this point, he will gain a life-term Presidency, because General Toufik was the last General standing against the President’s clan.

Last week the French Senate’s Speaker, Gerard Larcher, visited Algiers accompanied by a large delegation of the French Senate as a diplomatic show of the parliamentary cooperation between Algiers and Paris. But politically this was a commitment to Paris regarding the succession of President Bouteflika, which seems to be going smoothly and as Paris wishes.

In the end, so goes the adage, when Algiers sneezes, Paris catches the cold.

Israeli Nuclear Whistleblower Mordechai Vanunu: The Muse for This American to become the Hero of Her Life Arab World