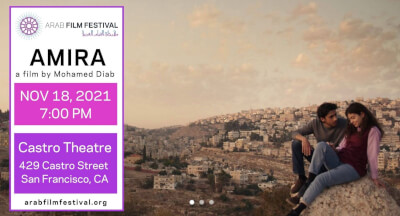 This year, the 25th annual Arab Film Festival will take place November 18 to 24 in San Francisco, and stream online November 19 to 28, with its first in person event since 2019. The festival will feature 54 Arab films, beginning with the Palestinian film Amira by Mohamed Diab as its opening night feature at the Castro Theatre. The festival will also feature its first Virtual Reality program.
Amira is a predominantly Palestinian story based on the true, underground phenomenon of Palestinian prisoners conceiving children through smuggled sperm. The powerful drama follows a vivacious 17-year-old girl as she tackles themes of xenophobia, familial division and navigating an uncertain path.
“The fact that there exists some form of immaculate conception in the most sacred and divided place on earth, is fascinating yet surreal,” said director Diab. “This film is a microcosmic exploration of the division and xenophobia that exists in today’s world. In the process of unraveling our heroine’s identity, the film begs the question, is hatred nature or nurture?”
The film has been very well received abroad, winning three awards at the 2021 Venice International Film Festival. Egyptian filmmaker Mohamed Diab premiered his political thriller Clash at the 20th annual Arab Film Festival and has returned with a more tragic take on melodrama. Starring Jordanian actress Saba Mubarak and Palestinian actor Ali Suliman, Diab wanted to work with people who closely understood Palestinian culture.
In addition to Amira, the Arab Film Festival will feature 53 other films, from groundbreaking shorts to full-length features, 29 of which are directed by women. These films represent 18 different countries, highlighting prominent themes and connections within Arab culture. Seven different shorts programs also offer spotlights on Iraqi cinema, Lebanese films, women-directed documentaries, queer lens and more.
Special programming will also include the organization’s first Virtual Reality program and Made in Qatar Shorts in partnership with the Doha Film Institute.
Though the events will be held in person, the entire lineup of films will be available online in North America. Three different passes offer virtual and present attendees access to events and films, with prices starting at $60. To see the different options and learn more about the featured films, visit here.
FESTIVAL HIGHLIGHTS
Amira (2021)
directed by Mohamed Diab
Egypt, Palestine, Jordan
Winner of three awards at the 2021 Venice International Film Festival
Amira, a vivacious 17-year-old Palestinian girl, was conceived with the smuggled sperm of her incarcerated father Nawar, who she’s only ever known behind the glass wall of a prison visitation cubicle. Still, the young woman idolizes her father and vividly imagines life together as a family, along with her equally devoted mother Warda. But when a failed attempt to conceive another child reveals Nawar’s infertility, Amira’s world turns upside down. Writer-director Mohamed Diab (Silver Hugo winner with Cairo 678) returns to the Festival with this brilliantly plotted and emotionally complex tale inspired by true stories of children conceived in this way.
Beyond Cinema: Arab Filmmaking in Virtual Reality
The Arab Film and Media Institute presents its first ever Virtual Reality program, featuring two short narrative works from the Arab World. The Key is an interactive VR experience directed by Celine Tricart, and narrated by Alia Shawkat. The viewer is taken on a journey through memories where they will be faced with difficult choices to find a hidden truth. Kteer Tayyeb is a narrative piece directed by US-based Lebanese-Palestinian artist Samia Khalaf. In this piece, viewers follow Samia’s animation and narration while she takes us through her food adventures all around the world. This program will also feature a discussion on the future of virtual and augmented reality in Arab Cinema and beyond.
ABOUT THE ARAB FILM FESTIVAL
The Arab Film Festival is the largest independent annual showcase of Arab films and filmmakers in the country. The festival has an international standing and is considered one of the most important Arab film festivals outside the Arab world. It strives to present the best contemporary films that provide insight into the beauty, complexity and diversity of the Arab world alongside realistic perspectives on Arab people, culture, art, history and politics. For more information, visit  www.arabfilmfestival.org
ABOUT THE ARAB FILM AND MEDIA INSTITUTE
The Arab Film and Media Institute (AFMI) is the first organization of its kind outside the Arab world, a unique ecosystem to find, nurture and develop Arab film and media projects. It was rebranded from the Arab Film Festival in 2017 to fulfill its broader mandate to empower local Arab talent to tell their communities’ stories in their own voices. Through film, education, mentorship, and new media, AFMI’s mission is to enhance public understanding of Arab culture and provide insight into the beauty, complexity and diversity intrinsic to the Arab world. For more information, visit www.arabfilminstitute.org. 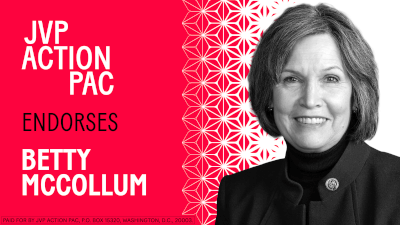