I am an independent. I always vote for the person not the party. My political identity is that I am simply a proud American citizen. I am naturalized- an American by choice.  Since 1980, the year I landed in America, I have learned to cherish and value American democratic values. I learned the importance of tolerance, listening to the other, appreciating co-existence and not demonizing the other simply because you disagree with them. Democracy cannot be sustained without democratic virtues.

In America, I had a number of good experiences and of bad experiences.  I have seen presidents come and go. Elections held regularly, too many of them, and always a peaceful transfer of power. That’s been an American legacy.

The 2020 election year is like no other. A year that will not be easily forgotten. It came under the heavy cloud of the Covid-19 and amidst exceptional social and political divide. This divide continued to grow day after the other. It was the political variant of Covid-19 amidst historical division.

The presidential election is over. Biden won. But almost 75 million Americans voted for Trump. A Northeastern University survey held in December 11 of 2020 showed that more than half of Republicans either think President Trump won or are unsure of who won. This is a crisis and it is not simply an issue with President Trump himself only and what he says. Acceptance of election’s result is based on perception of legitimacy. Too many believe that the election was stolen.

I did not think I would ever see the day that American citizens storm the Capitol. I have been to Washington, D.C. and experienced a tour of the Congress. It is a beautiful building, the site of power and democracy in the country. To see it breached by individuals who proclaim love for America and democracy is puzzling. Throngs of men and women holding American flags pouring into the building.  This breach started as a free exercise of the right to assemble and protest and ended up with a crisis televised throughout the world.  A sad day for democracy in America, if not for the whole world.

Some people called those who breached the building terrorists. However, many of them went into believing they are being good citizens there to protect America and democracy. They simply responded to Mr. Trump’s call to protect the country from “the steal.” Why did they believe this and continue to believe?

Most Republicans condemned the breach. Democrats blamed the breach on President Trump and the Republicans. While not excusing this conduct, are we making an effort to talk to each other, to listen to each other without name calling and self-righteous condescension?  75 million Americans voted for Trump, are they all racist and stupid as some Democrats do not hesitate to say?  We all are Americans and that should always be first. The toxic political environment contributed to this sharp divide.

We don’t have a Republican or Democratic crisis. We have an American crisis.  What is needed today is empathy, to try to understand each other without self- righteousness. The belief that my politicians are angels and your politicians are devils is excusable- if one is eleven years old. We the people should do better. We should talk to each other not at each other. We should listen not because we want to come up with a great response, we should listen to understand. Political vindictiveness will aggravate the problem.

We have a deficit of empathy. We should try to understand the other even if we don’t agree with them and we think they are flat out wrong. American democracy is an experiment. Democracy cannot survive without democratic virtues and these virtues cannot exist without empathy. As Abraham Lincoln said, “We are not enemies, but friends. We must not be enemies. Though passion may have strained, it must not break our bonds of affection.” The rhetoric of today is breaking our bonds of affection. It is time to try empathy. 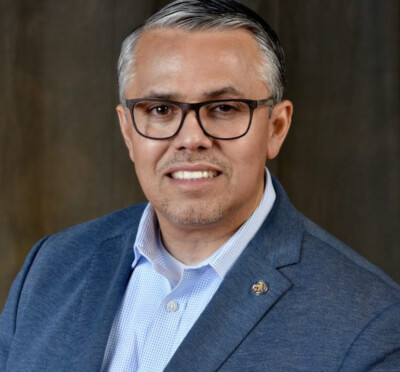