Six years on from their revolution, what is it like starting a business in the new Tunisia? Today, the startup scene in Tunisia.

In 2011, against all odds, Tunisia’s revolution successfully overthrew the dictatorial regime of Zine El Abidine Ben Ali and sparked the beginning of the historic Arab Spring. Now, in 2017, Tunisian resilience is once again moving the country forward. This time, with their thriving startup scene.

Tunisian startups face a variety of obstacles throughout their growth and development. The business infrastructure within the country has yet to catch up with the expanding startup scene, and from the surface, it would seem as though Tunisia would not be an ideal place to start a business.

Tunisia’s governmental and institutional inefficiencies have yet to recover in the aftermath of the Arab Spring. As a result, Moody’s Investor Service recently downgraded Tunisia’s long-term issuer rating from Ba3 to B1, four levels below investment grade. The weak financial institutions of the country are not conducive to the success of the startup scene.

“We have 21st century kids, ruled by 20th century people like me, using 19th century laws, and with the 15th century delivery mechanism thru paper,” explains Noomane Fehri, CEO of BIAT Labs and the former Minister of IT and Communication. 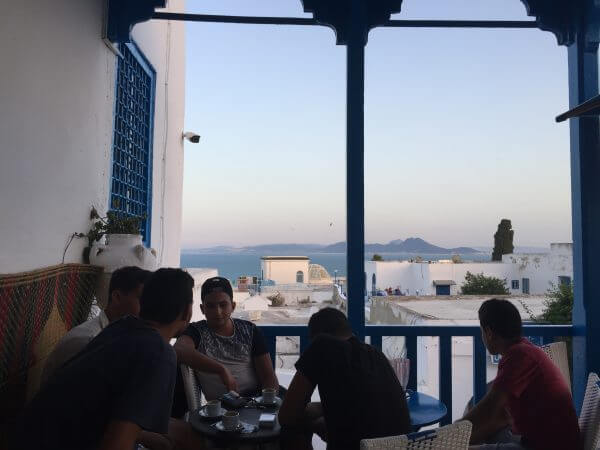 “The obstacles seem so large that, you know, I wonder why entrepreneurs would even go through this, and why they wouldn’t just take a normal job,” questions Yehia Houri, Managing Director of Flat 6 Labs, a VC Fund inside Tunisia.

From the moment of inception to the day-to-day operations, startups in Tunisia face a wide variety of challenges ranging from simple administrative burdens, to more complicated and crippling hurdles. Filling out the appropriate paperwork is long and arduous, obtaining a loan can be very difficult, and hearing back on financing approval is slow and inefficient. However, the biggest obstacle that startups face concerns Tunisian currency, the Dinar.

Tunisia operates with a closed currency, meaning that the Dinar can only be exchanged and spent within the country itself, and thus taking it out of Tunisia is illegal. As a result, startups have a hard time monetizing their products online, and operations such as purchasing software, paying freelancers abroad, publishing and selling apps on iTunes and Google Play are not doable without complicated workarounds.

“You cannot do a lot of things…I’m just seeing the walls,” says Walid Sultan Medani, founder and CEO of Digital Mania, a video game company that boasts a portfolio of more than 90 games. “Either you break it or you just go to find another way to do it. So we just decided, you know, we’re going another way.”

In an effort to break down the barriers surrounding businesses, Tunisians have turned their attention to government legislation. 70 players, made up of a mixture of entrepreneurs and financial institution representatives, are currently drafting and finalizing what they call the Startup Act. The legislation proposes 22 measures that consist of a new set of laws and policies to encourage and support the startup ecosystem in Tunisia. The many reforms include simplifying the process of registering and shutting down a company, providing tax incentives, streamlining import processes, granting financial incentives when one leaves a job to start a business, and making it easier for startups to use their Tunisian Dinars abroad. 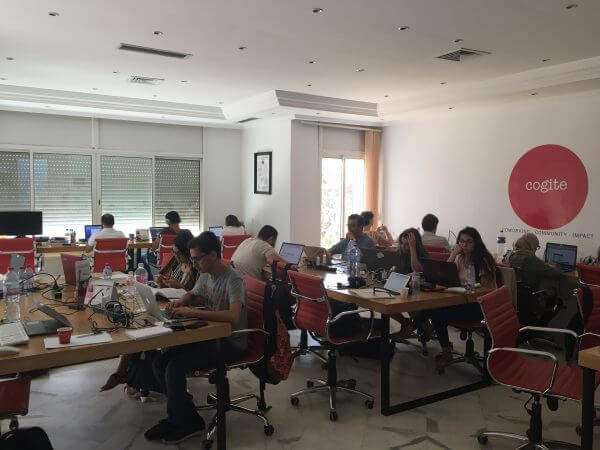 But until the Startup Act succeeds, the entrepreneurs of Tunisia continue to thrive through hustle and their strong community fabric as a society. The heart of the entrepreneurial communities in the country is Cogite, a co-working space with 166 members and 23 startups composed of young entrepreneurs. Cogite has become a space where many Tunisian entrepreneurial stories begin.

“Having a space as a resource to help people and enable them to achieve something, it was the obvious thing to do,” reflects Rym Baouendi, co-founder of Cogite. “So we need 4 walls where we get these people who are struggling to basically think about what they can do, and maybe also find a support from other to help them.”

Much like the revolution of 2011, these entrepreneurial communities bring together young, motivated, and passionate youth from all corners of society that want to make an impact in Tunisia. Many of these entrepreneurs see the success of the startup scene as a chance to do right by the goals of the revolution by bringing about domestic prosperity and better opportunities for Tunisians. 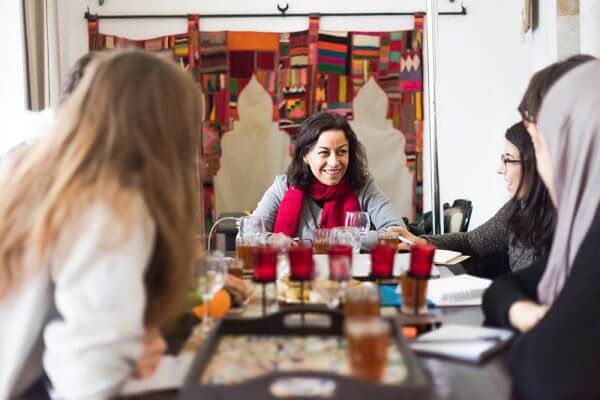 Tunisian startups have continued to grow and spread across the country despite the challenges. In an effort to track the growing startup scene, Mazam, a project management agency in Tunisia, has created a platform called Entrepreneurs of Tunisia. The platform focuses on the mapping, collection and presentation of data relating to entrepreneurial actors in the country.

128 detainees repatriated back to Yemen from Saudi Arabia Arab World